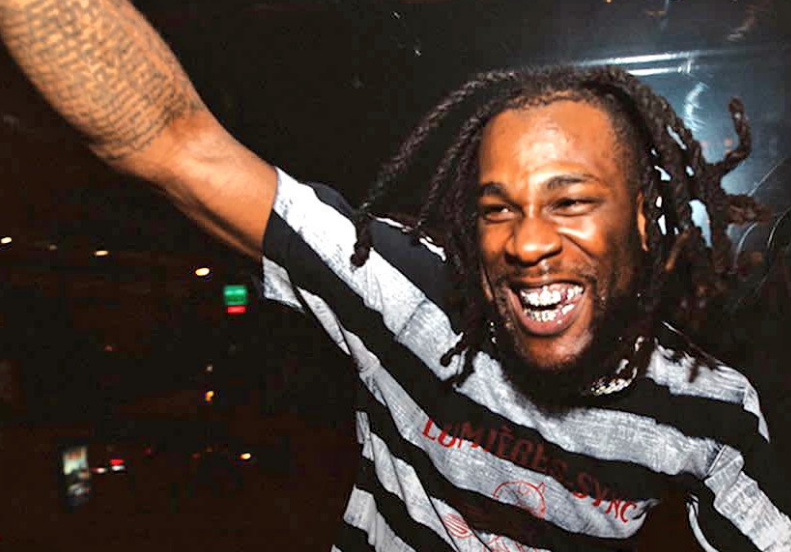 The singer, who has been flying high the entire year with a series of awards and sold-out shows abroad, was nominated in the ‘Best World Music Album’ category for his latest album ‘African Giant.’

The African heavyweight was nominated alongside four other stars whom he will now battle it out with for the award ceremony set for 2020.

The other nominated albums include ‘Gece’ by Altin Gün, ‘What Heat’ by Bokanté & Metropole Orkest conducted by Jules Buckley, ‘Fanm d’Ayiti’ by Nathalie Joachim With Spektral Quartet and ‘Celia’ by Anjelique Kidjo.

Burna Boy’s countrymen/women and fellow musician have since come out to congratulate him for the feat as well as for putting the country on the map.

Our African Giant has been nominated for a GRAMMY!!!!!! Congratulations to @burnaboy, his Mom and the entire team. AMAZING, and well deserved. Anything is possible with a little bit of faith and a lot of hard work. So so sooo happy for him.
?????????????? pic.twitter.com/yPdSpY7or7

Congrats to the African Giant @burnaboy on the Grammy nomination. Congrats on having the most amazing couple of years. The Grammy is actually just the icing on the already juicy cake. Na them for fall their hand if them no recognize greatness. ?? pic.twitter.com/0dJct5j7Gj

Burna Boy follows King Sunny Ade, Femi and Seun Kuti into that World Music category nomination. I hope he wins it. Nigerians have been getting nominated in that category for years, about time we win it and Burna’s “African Giant” is more than deserving!

Burna boy deserves all the blessings he’s getting . I don’t take him for granted, his efforts on social media in curbing societal flaws , his energy in lyrics & consistency . His album African Giant getting nominated at the Grammys is just a reward for hard work . I Stan !

Since Burna Boy called himself an AFRICAN GIANT ?

Performed at Coachella, sold out his African Giant tour, become the only artist with his own song on Beyoncé’s album

Now he has a Grammy Nomination

Nigerian Singer, Burna Boy has just been nominated for the #Grammys Award for Best World Music Album with his album, 'African Giant'.

Nigeria to the world ?? pic.twitter.com/I2kKRmQm4d

Burna Boy bragged and called himself an #AfricanGiant

We rebelled and dragged him !!!!

Below are the other nominees and categories for the 62nd Annual Grammy Music Awards:

Record of the Year

Album of the year

“When We All Fall Asleep Where Do We Go” — Billie Eilish

“Thank U, Next” — Ariana Grande

“Father of the Bride” — Vampire Weekend

Song of the year

Tank and the Bangas

“Stronger Than The Truth” — Reba McEntire

“Revenge Of The Dreamers III” — Dreamville