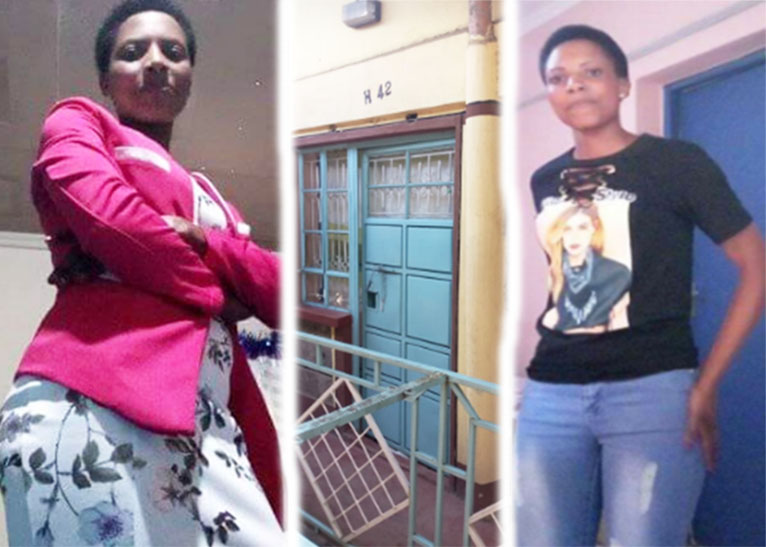 BY RUTH NJUGUNA FOR WWW.EDAILY.CO.KE.

The neighbours of Hellen Kwamboka, a police officer attached to Parliament, whose body was found in her Umoja house on Saturday morning, say they — on Thursday night — heard commotions, screams of a woman in pain emanating from the cop’s house.

According to the neighbours, Hellen’s boyfriend had entered her house Thursday evening.

And, on Thursday night, the neighbours say, they heard Hellen screaming in distress; screams which were so sickening, prompting a section of the apartment’s occupants to rush to her house.

However, upon arriving at Hellen’s house, the screams — which lasted a few minutes — had completely faded.

The neighbours said they, as a result, felt no need of inquiring what the issue was, given the couple would often fight and later resolve their differences.

However, the May 23 fight turned out to be different from the preceding ones — a life was lost. Hellen Kwamboka was on Saturday found dead in her house.

Police say the cop had a deep cut inflicted in her head, with strangulation signs visible on her neck.

According to the neighbours, the suspect lived with Hellen Kwamboka in her house — on the fifth floor of an apartment on Gaikuyu Road — some time back before moving out of the woman’s house “due to irreconcilable differences”.

Hellen Kwamboka’s mother, who has since arrived at her daughter’s house in Umoja One from Kitale in Trans Nzoia, says the suspect had texted her some time back, saying he had ended his relationship with Hellen Kwamboka because “it had gotten to a point where it wasn’t working”.

The suspect further told the elderly woman that he was also moving out of Hellen’s house.

“The two were, on several occasions, spotted or heard quarreling,” said a neighbour.

In a police report filed at the Buruburu station on Saturday, Kwamboka’s body was found lying on her bed, with deep a cut inflicted in her head.

Police said “blood stains were smeared all over the house”.

Hellen Kwamboka, who last reported to work on Thursday, May 23, left for home at around 7pm. That was the last time she was seen in public.

“She was expected at work on Friday, May 24, but she didn’t show up,” says a part of the statement filed at Buruburu police post.

According to police, Kwamboka’s colleagues began looking for her on Friday, when they couldn’t get hold of her on phone.

“They [colleagues] decided to go to her house at Umoja Estate, Gaikuyu Road, plot number 44, house number 42, [where], they found the house locked from [the] inside, and, [consequently], suspected that something was unusual. The house was broken into and the body of the officer was found lying on her bed with a deep cut on her head, and with blood stains all over the house,” says the police report filed by one Helen Ndambi.

“No murder weapon was recovered from the scene, which has been processed by DCI officers.

“It is believed that a boyfriend, who visited her [Hellen Kwamboka] on May 23, had murdered her before escaping. The phone of the deceased was not traced and seems [it] was stolen and switched off,” said police.

Hellen Kwamboka’s body was taken to Chiromo mortuary as police hunt for her boyfriend.