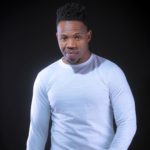 Top Tanzanian rapper Nay wa Mitego has claimed his life is in danger.

The Muziki Gani star took to social media to allege that unknown men have been trailing him with an intention of killing him.

“Some men that I am yet to identify are after my life. Despite their plans, they won’t succeed. But if in case they do, I am ready to die. I do not walk around with a heavy security detail and I am not planning to hire any. God will fight my battles,” said Nay Wa Mitego on Instagram on Monday, April 3.

Nay Wa Mitego recently hit news headlines after releasing a song, dubbed Wapo, which sections thought was a scathing attack on Tanzanian President John Pombe Magufuli on his “highhandedness on his critics”.