BY AGNES OLOO FOR EDAILY.CO.KE

A middle-aged man was on Thursday, November 16 arraigned for marrying a second wife, while still legally married to another woman. 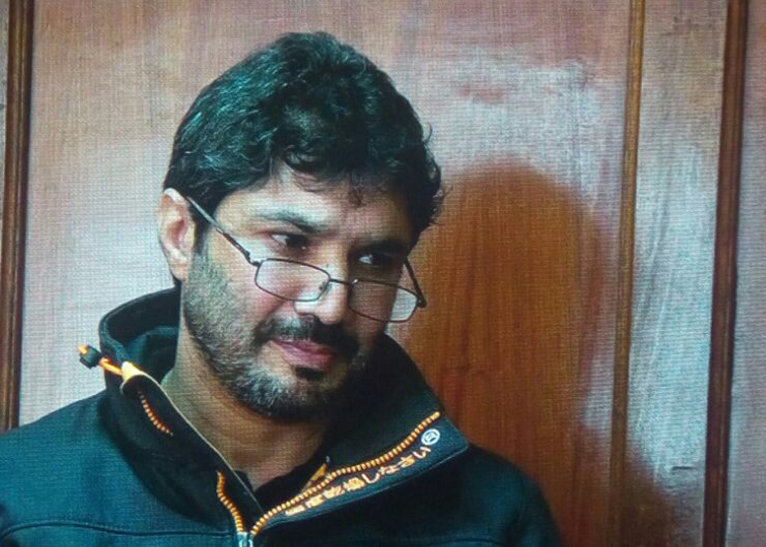 Should he be found guilty of bigamy, Abdulaziz Mohammed Abdul will spend one year in jail [PHOTO: AGNES OLOO | EDAILY]

Abdulaziz Mohammed Abdul, who was arraigned at the Milimani Law Courts, pleaded not guilty to bigamy.

When found guilty, the offender can be convicted to serve a maximum of one year prison sentence under Kenyan law.

It is alleged that on November 19, 2010, Mr Abdul, a Nairobi resident, entered into an Islamic marriage with Wahida Nuhr Mohammed while aware that he was still married to Priti Khimji Vadgama, who is alive.

The prosecution told the court that Mr Abdul is likely to face assault charges against Ms Khimji, who is the complainant. The charge is yet to be formally filed.

Mr Abdul denied Ms Khimji’s bigamy claims before Milimani Law Courts Senior Resident Magistrate Christine Njagi, who released him on a bond of Ksh50, 000 with an alternative cash bail of Ksh30, 000. The case will be mentioned on November 20, 2017.