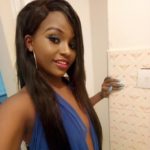 Some of the old cast from the past seasons have already left the show and moved on to other – better and sometimes worse – things.

But most of the cast is still intact – Pendo, Mishi Dora et al.

And to spice up the broth, the Mwaluda Producers have dragged along some three new faces who are, to say the least, hair-raising.

One of them is a petite Melanin beauty that goes by the name – Yawwwwwwwn- Barbie.

The other is some West African rap thug that says he’s here to ‘Take all your women’ – Eye roll.

And the other is a UK bred, terribly poor rapper with the swag and attitude of three Rock Stars. And it doesn’t help that he can’t dress too.

These three characters have brought along with them some fire in the belly, and, by their own very exaggerated admissions, they are here to change the game and to yank our females from our pockets.

That’s a tall order, for sure. But who is to predict?

As for the little thing called Barbie, with her little voice and little face, I don’t see her surviving in the Concrete Jungle that is Nairobi Diaries.

She could do great in Machachari, though. If she wasn’t so hellbent on self-destruction.

But this is Reality TV! Guess we’re just gonna sit and see where this train leads us, eh?