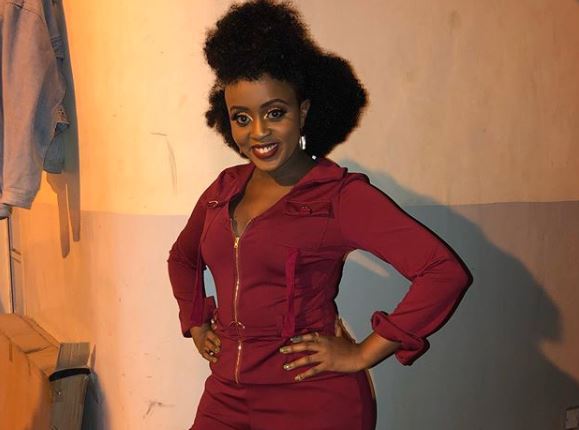 By Paul Ombati and Ian Omondi.

Kenyan songstress Nadia Mukami has a new gospel song out dubbed ‘Maombi’ and fans are now wondering if she has also made the switch from secular.

However, speaking to EDAILY on phone on Tuesday, the singer said she decided to go the Gospel route in the song purely as a form of thanksgiving for her journey in the music industry thus far.

Kanadia, as she is popularly referred to, confessed that she contemplated not releasing the song at the moment as she feels she has not necessarily reached where she would want to but that it is important to express gratitude for the “little that I have achieved.”

“I just wanted to say thank you to, most importantly God, and the fans and the media for getting me this far. There have been a lot of ups and downs and I at some point thought about releasing it later but I felt like I should just say thank you now for this far,” said Nadia.

The song, which she added will be her last in 2019, coincidentally comes at a time Nadia’s hit song ‘Radio Love’ has also been nominated in the 2019 Pulse Music Video Awards (PMVA) for ‘Female Video of the Year’ category.

“I have not achieved much…but I have achieved something…and, to me, that is worth saying thank you to everybody that has supported me for,” added the singer who in December last year graduated with a Bachelors Degree in Finance from Maseno University.

Below is the song: