Two occupants of a 5-seater station wagon narrowly escaped death on Sunday, December 31, after the vehicle they were traveling in burst into flames in unclear circumstances at Isinya on the Nairobi-Namanga road.

According to eye witnesses, the fire broke out in the luggage compartment of the car, where bags of charcoal had been stored.

The Toyota Probox, of registration number KBN 238D, was headed to Kajiado from Isinya.

“We highly suspect the charcoal, which had been packed in gunias and stored in the rear seats and the storage compartment of the car, caused the fire,” said an eye witness, who was driving toward the opposite direction.

When the two occupants of the car noticed a fireball in the vehicle’s rear part, they panicked and pushed the car doors open while it was in motion. One of them jumped from the car and fell grievously on the road, consequently sustaining serious bruises on different parts of his body.

“He was in very bad shape,” said an eye witness.

The car, which now had one occupant on board, careened off the road and plunged into a ditch, causing serious injuries to the remaining occupant, who, at the time, had passed out after choking on smoke.

The vehicle was reduced to a shell.

The incident happened about 15 kilometers from Kajiado Town.

The two occupants of the Toyota Probox were rushed to Kajiado County Referral Hospital for emergency treatment.

Police are investigating the incident, with the exact cause of the fire yet to be established. 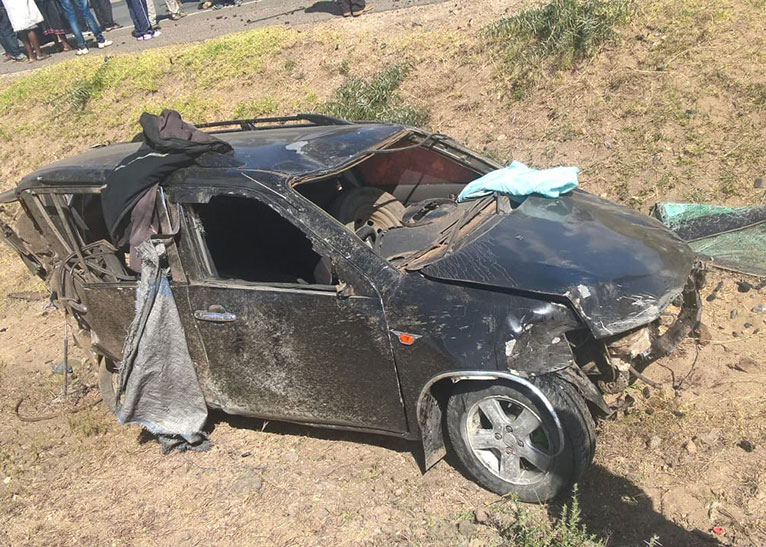 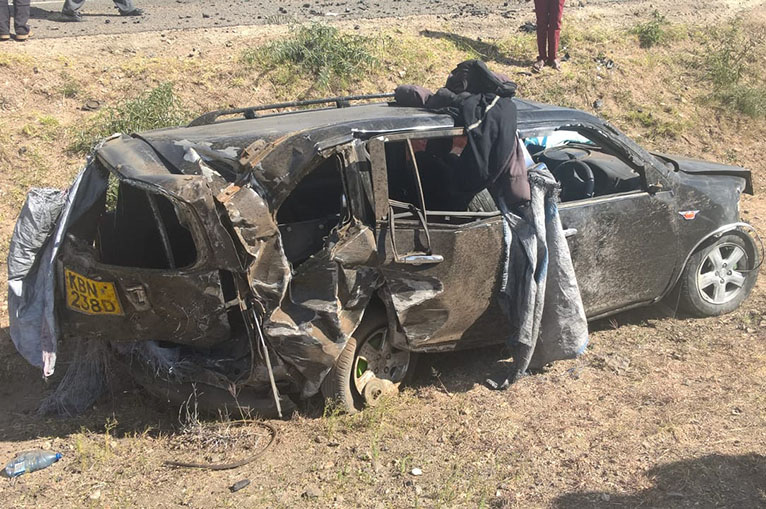