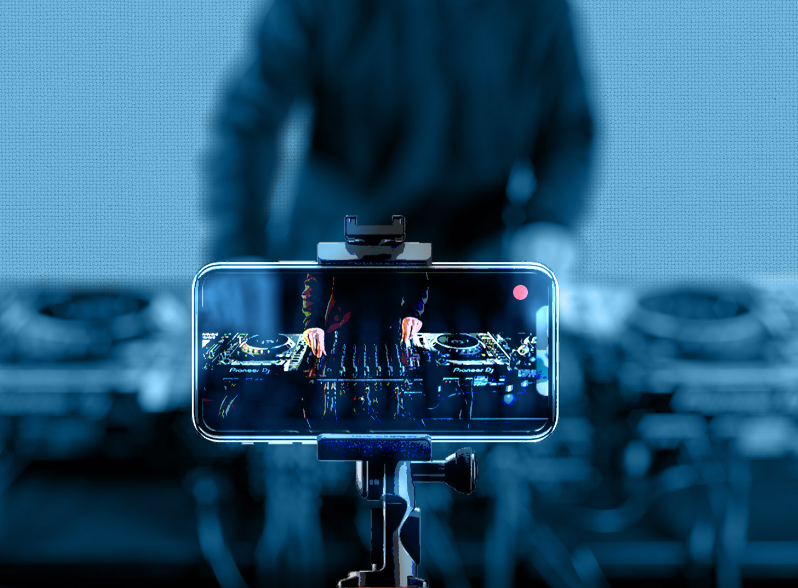 Social distancing. Stay at home orders. 7pm to 5am curfew.

These, among many others, are the disruptions the coronavirus pandemic brought with it and stopped the entertainment industry – worldwide –  right in its tracks.

Hence, like their counterparts in other countries, Kenyan deejays resorted to the next best thing – social media – to reach their audience and keep entertaining them during this period.

And so it is not strange to log onto Instagram or Facebook today and see a bunch of deejays performing live mixes for their hundreds of thousands of followers.

DJ Joe Mfalme was among the first to take that route, in what he christened ‘Club Quarantine’, and was quickly followed by the likes of DJ Kym Nickdee (Curfew Party), DJ Moh (Cool Runnings), DJ Crème (Pyjama Party), DJ Mo etc.

What is also not strange, and that will be seen across most of these DJ’s livestreams during the live mixes, is a pinned M-Pesa number for monetary contributions from their fans during the performance.

This may seem like something inconsequential, but it might just be what serves to shut down these livestreams.

Because, in any case, just how legal are these livestreams themselves in the grand scheme of things anyway?

According to Paul Kaindo, an advocate at the Kenya Copyright Board (KECOBO), using someone else’s content (in this case, music) for personal financial gain is illegal and enough grounds for a law suit.

Mr. Kaindo, speaking to eDaily on phone on Wednesday, said Kenyan DJs need to apply for two licences – a special broadcast licence and a public performance licence – in order to conduct their livestreams.

The advocate further stated that the DJs could also get consent from the artists whose music they play as they hold the exclusive copyrights to the content.

But because it is practically impossible to approach all artists one by one (especially international acts) Mr. Kaindo added, the DJs could also approach the Collective Management Organisations (CMOs) for a licence as they hold the content on behalf of artists; both local and international.

Paul Enyenze, the Music Copyright Society of Kenya (MCSK) Operations Manager, told eDaily that this kind of license would be issued to the DJs at a flat rate of around Ksh.200,000 a year if they’re not making any money from using the content.

However, if the DJs are gaining financial rewards from using the content then the CMOs would take a percentage from whatever they’re making.

“What the DJs who are conducting these livestreams are doing is actually legal and we can file criminal or civil suits against them,” said Mr. Enyenze.

“Legal action is an option that is actually on the table but it has not been summed up yet…we’re not there yet.

DJ Joe Mfalme, on his part, said: “As DJs we’re still trying to consult and understand this, but what we don’t get is why they’re bringing it up now. They haven’t engaged us directly…but we’re also still processing and consulting about it as DJs.”