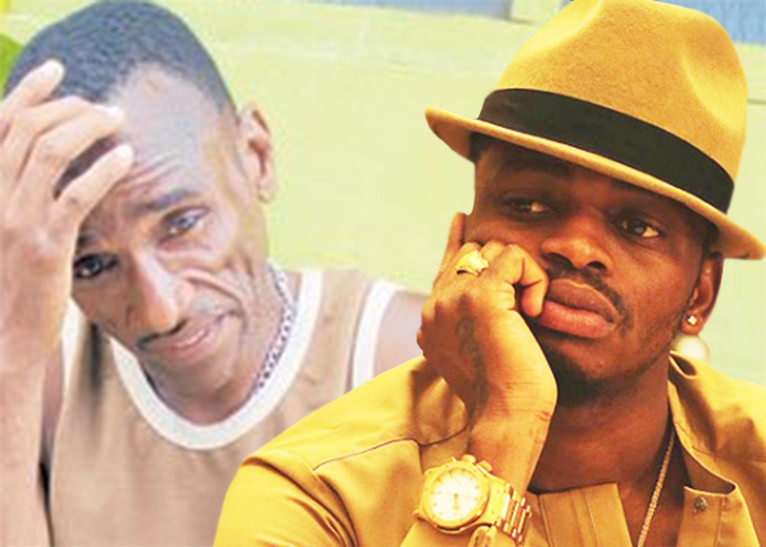 Diamond Platnumz’s father, Abdul Juma, has announced that he won’t, henceforth, feature in any other song, just a day after he released his debut track “Umeniteka”.

Mr Juma made that revelation in an interview with Tanzanian blog Yo Fave, citing “I am not an artiste” as his reason for the surprise decision.

“I will never sing again. My cameo in the song ‘Umeniteka’ was a one-off thing. I just wanted to support the composers of the song,” said Mr Juma, who claimed his ailing legs still hurt.

“That song [‘Umeniteka’] is not mine. The other artistes who featured in it, own it; they toiled to put it together. They had, on different occasions, asked me to feature in one of their songs so as to give it a boost, given the popularity of my son [Diamond Platnumz]. I agreed, but kept on postponing that arrangement, until recently when I accepted to feature in their music video,” said Mr Juma.

The father-of-four says his decision to feature in “Umeniteka” was also driven by a need to fulfill a promise he had made to Sungura Madini, Promis Nyota and Blod Gaz.

“I have not taken any penny from them for that cameo. I did them a favour, which maybe later, when they see it appropriate, they would give me a token of appreciation. My key aim, however, was to have them get a breakthrough that they desperately needed,” said Mr Juma, who claims “I used to sing a long time ago.”

Diamond Platnumz was among the first people to cheer his father on for trying his hand at music. The “Tetema” star took to his Instagram page to post his father’s song and referred to him as the “big lion”.

“I thank him [Diamond] for supporting me,” said Mr Juma, adding: “His mother [Sanura Kassim] called me yesterday [Wednesday] and told me she was so happy for me. She even called me a superstar, and went ahead to tell me that the song is great,” said Mr Juma, who vowed not to sing again, but offered to feature as an actor in his son’s music videos should he [Diamond Platnumz] need him.