Ugandan President Yoweri Museveni has advised the country’s Defence Forces recruits to avoid risky lifestyles, including getting into romantic relationships with multiple partners.

Museveni, on Tuesday, November 22, presided over the pass out parade of the Defence Forces recruits in Karama Armoured Warfare Training Centre.

The Ugandan Head of State took to Twitter to write: “Congratulations to the crews and my advice to them is that they should avoid risky lifestyles – avoid umalaya, alcohol and corruption. Their future is bright.” 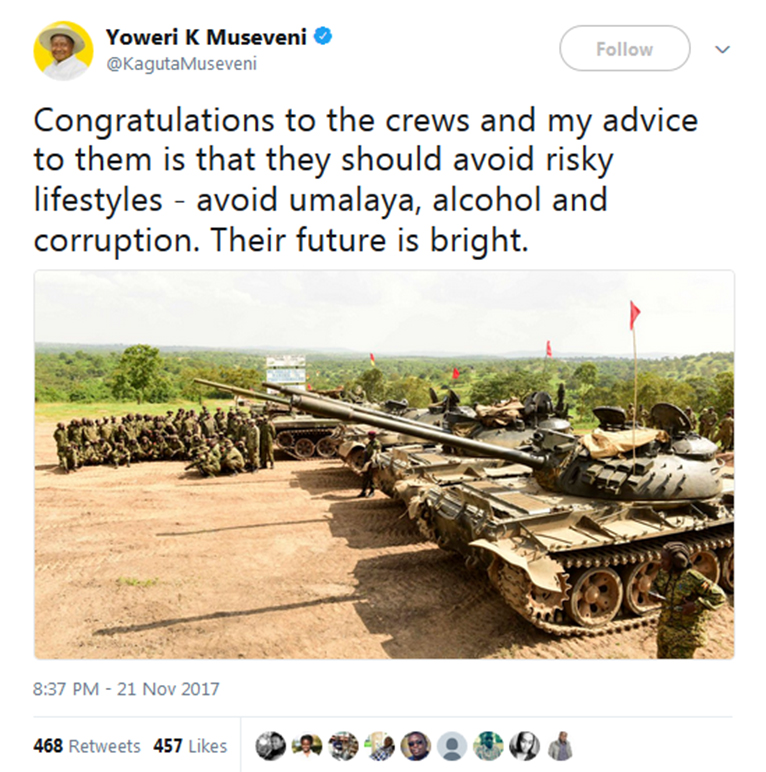 President Museveni’s tweet lit up social media, with many of the respondents laughing at the “avoid prostitution” remark.