Three people sustained injuries in a road accident, which involved Starehe Member of Parliament (MP) Charles Kanyi’s motorcade, which had the three on board. The MP was in another car, which was driving from behind.

MP Kanyi, alias Jaguar, who was traveling to Nairobi from his rural home in Nyeri County after a one-day trip, says the vehicle in his motorcade rammed into another car which was headed the same direction.

“An accident which had occurred earlier on Kenyatta road, made curious motorists stop to have a glance at a Toyota Isis which had veered off the road and rolled several times. When the motorists were trying to catch that spectacle, they consequently ‘parked’ wrongly on the road, it is then that one vehicle rammed into another, and another rammed into the one in front. Just like the cars ahead, my vehicle, a Mercedes Kompressor, which had my bodyguards on board also rammed into a car which was in front of it, reducing it (Mercedes) to a mangled wreck,” MP Jaguar told eDaily.

The three, two of Mr Kanyi’s bodyguards and the driver, have been rushed to Kenyatta National Hospital.

“One of my bodyguards was seriously injured in the accident, the other one sustained minor arm injuries. The driver is in bad shape. We rushed them to Thika Level Five Hospital, but the admission and treatment process was delaying, I thus decided to call an ambulance and rush them to Kenyatta National Hospital for emergency treatment,” said Jaguar.

The Toyota Isis, which had careened off the road, had four occupants on board. Three of the occupants escaped unscathed, while one was injured and hospitalized. 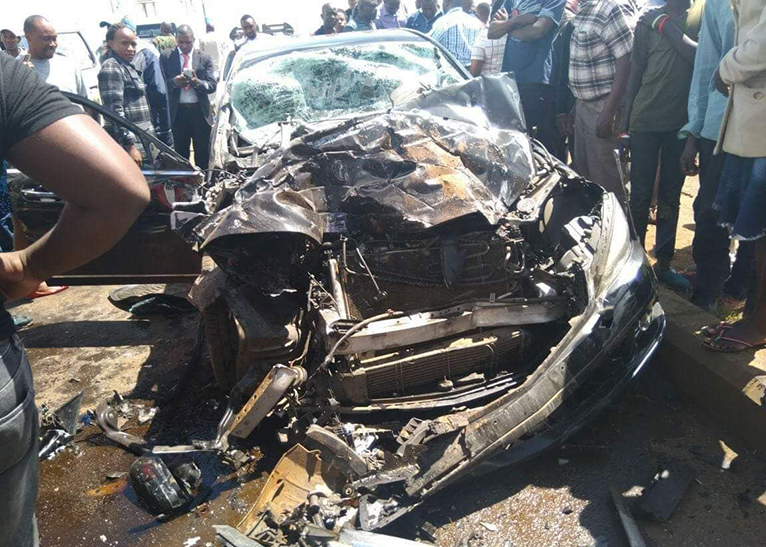 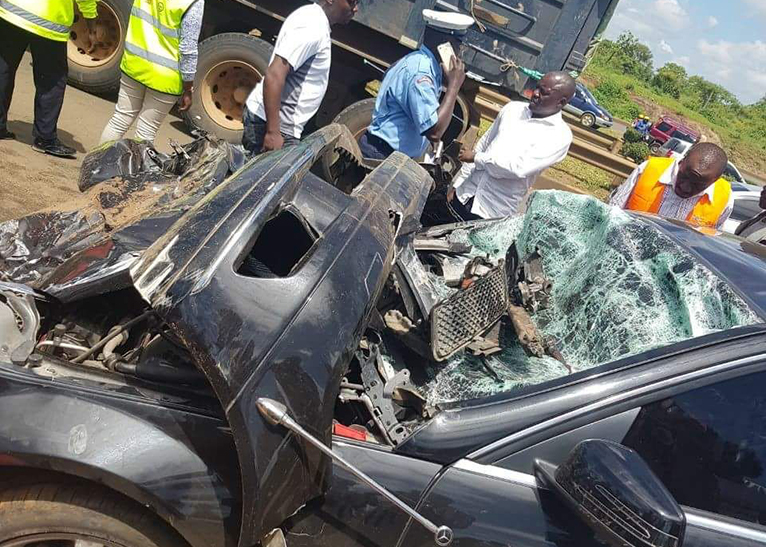 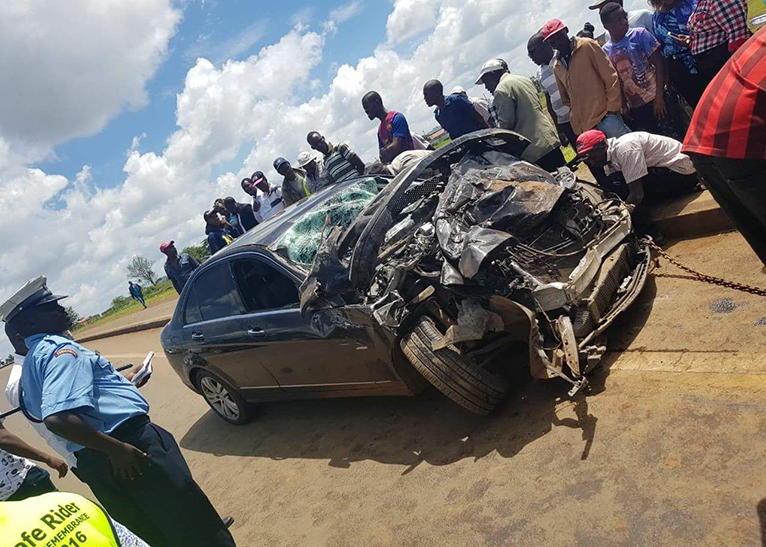 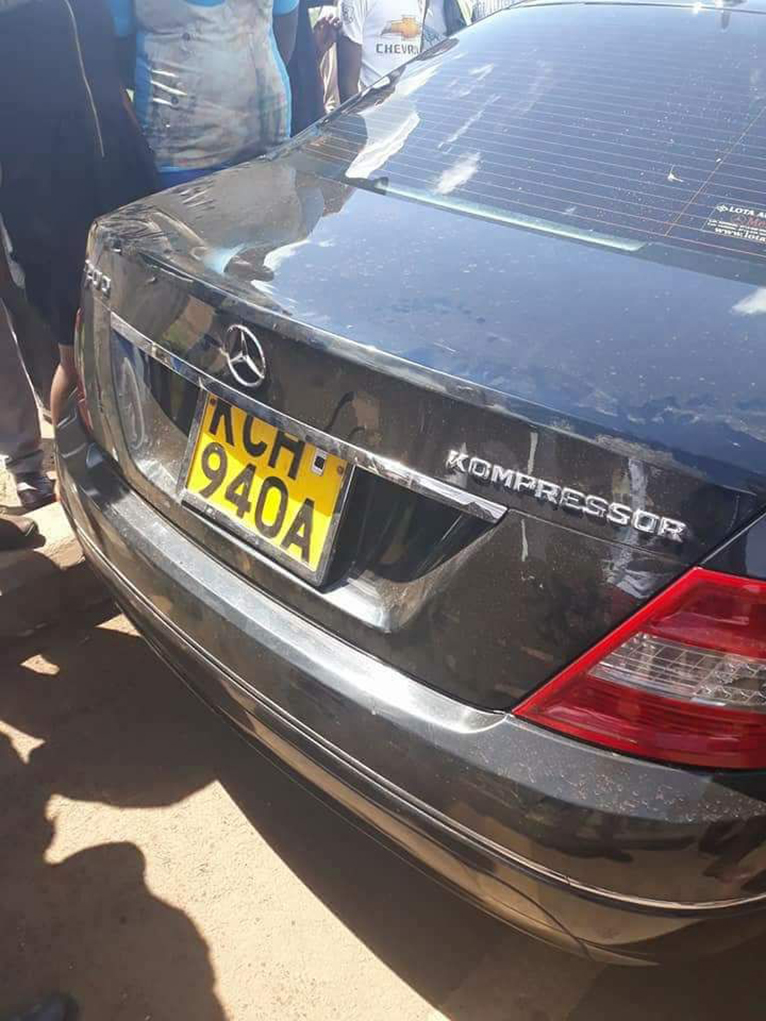 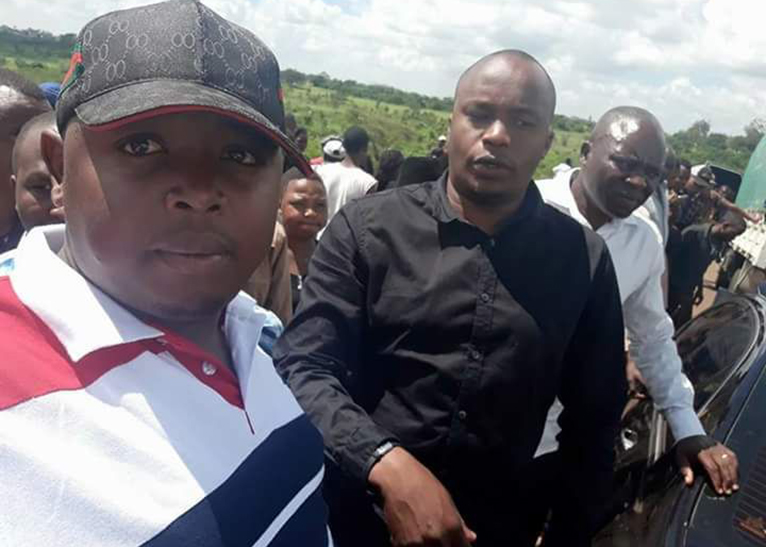