Award-winning singer Esther Akoth, popularly known as Akothee, on Sunday brought a silent Kisumu town to a standstill when she engaged in charity activities.

The singer who performed at Ramogi FM-sponsored Luo Festival in the lakeside city last weekend, took time to visit Mama Ngina Children’s Home in Kibuye, where she presented to 73 children a myriad of goodies including: rice, cooking oil, biscuits, soft drinks, pampers, sanitary towels among other gifts.

Akothee also spent time with the kids dancing and singing, and at a later time embarked on educating teenage girls about menstrual cycle and use of sanitary towels.

Before she performed at the Luo Festival on Saturday, November 5, the singer shut down a section of a local supermarket and bought unga and sugar, and distributed the goodies to Kibuye residents who were more than happy to see her.

And her stage-performance was impressive as photos below show: 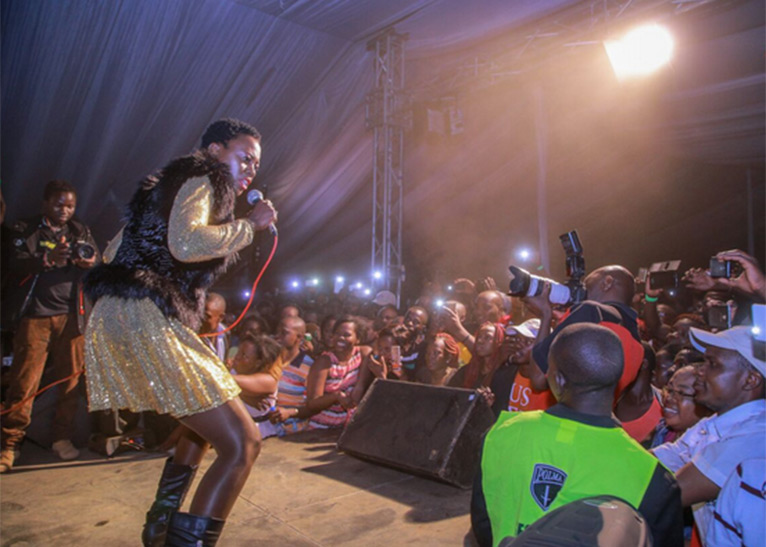 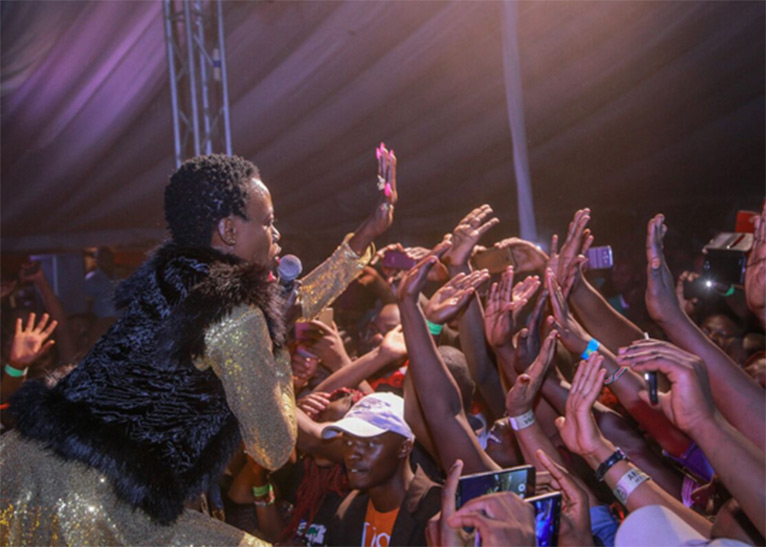 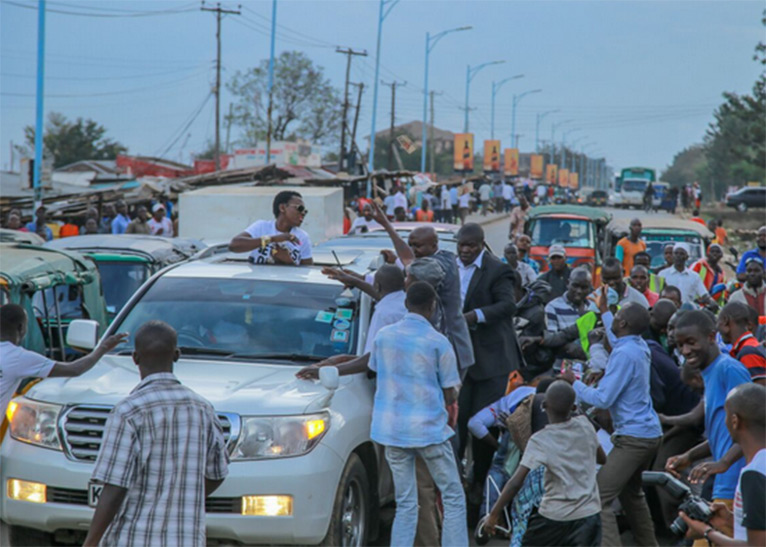 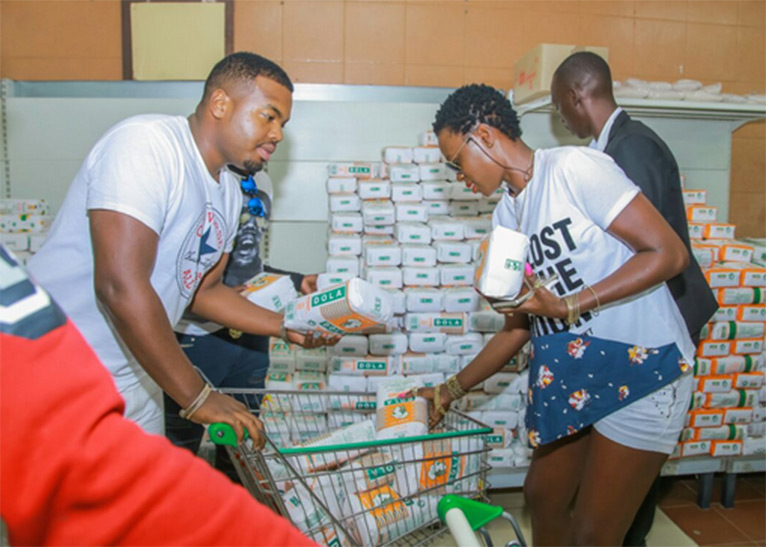 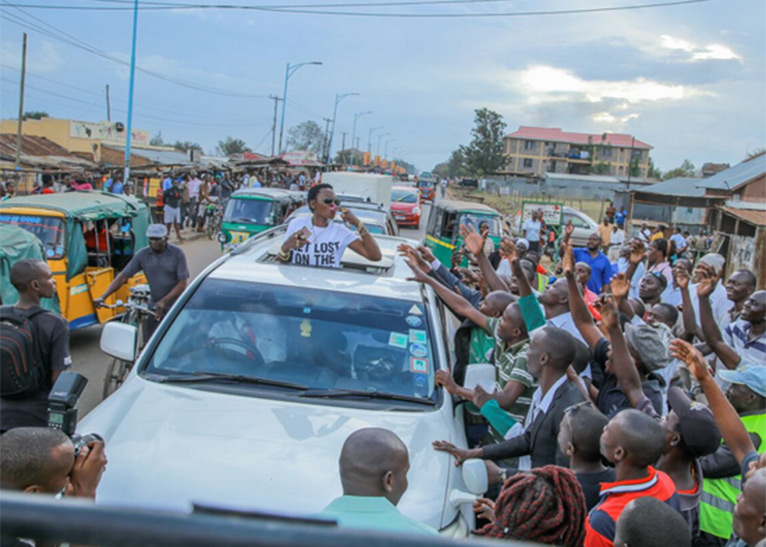 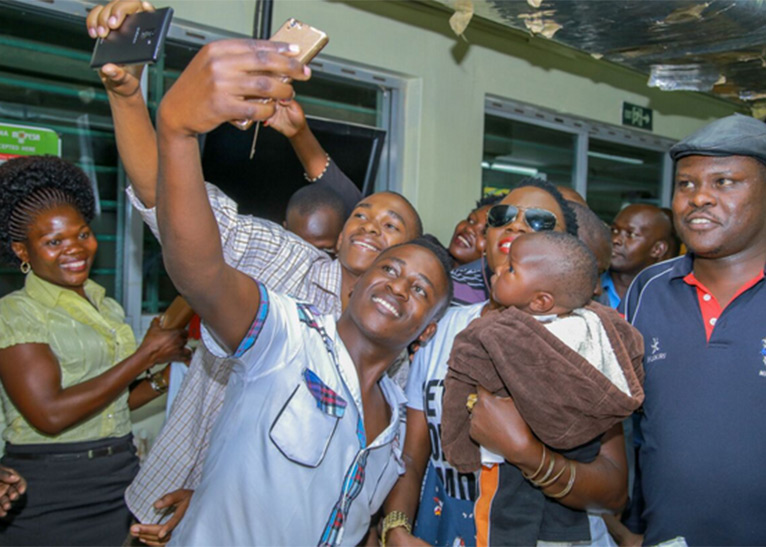 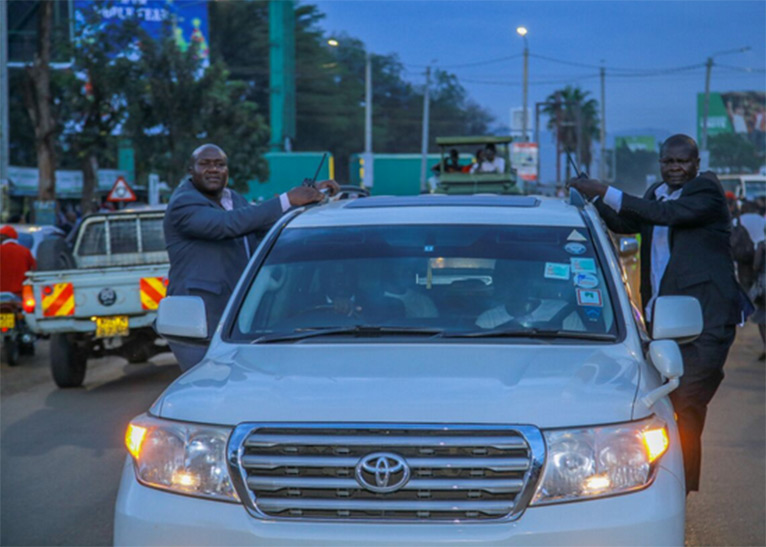 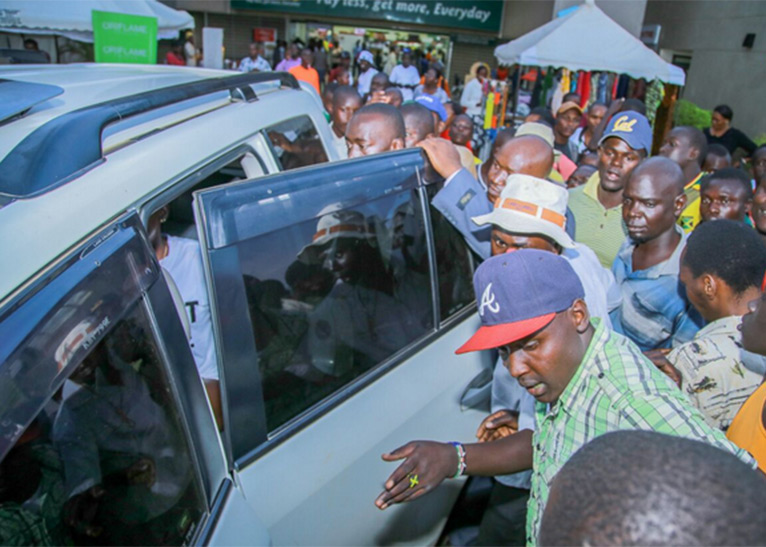 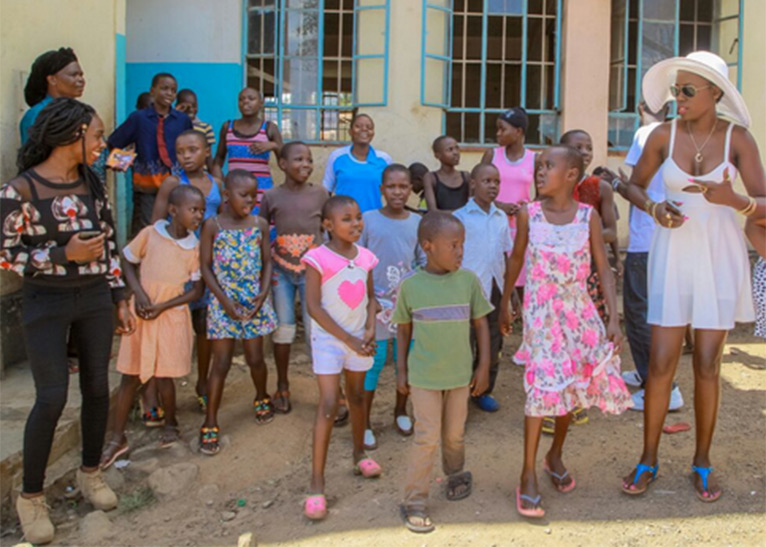 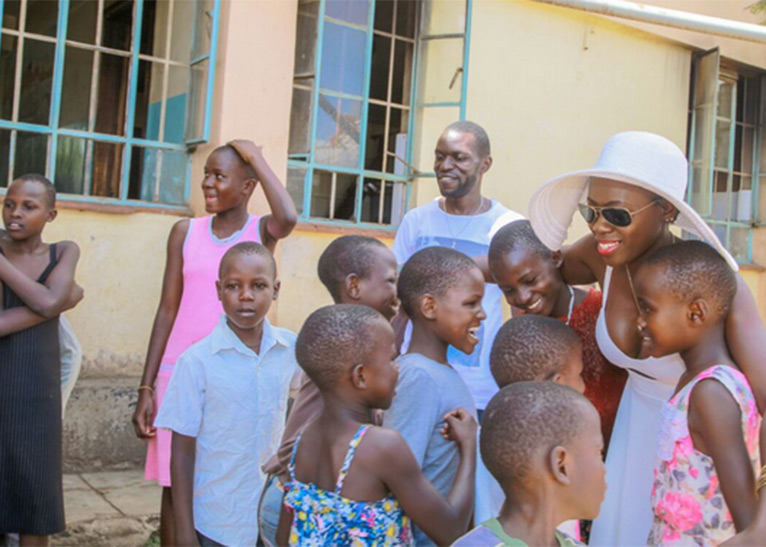