Speaking during her son’s party held on Friday at King Solomon Hall in Dar es Salaam, Mobetto said she is ready to co-exist with Zari Hassan, who is the current partner of her baby daddy, Diamond Platnumz.

Diamond Platnumz and Zari Hassan, on the other hand, have two children together; a daughter aged 2 and a son, who will turn one in December.

“I have no problem, whatsoever, with Zari Hassan. I consider her children to be my own. There shall come a time when her children will want to meet their step-brother, who is my son, and vice versa. I don’t think we would have an issue with letting them meet because the two of us are one man’s women. We should not be having issues with each other. Personally, I don’t hold any grudges against her,” said Mobetto.

Mobetto’s remarks come even as Zari continues to show elements of hostility toward her.

‘THE PREGNANCY WAS PLANNED’

Mobetto went ahead to reveal that she and Diamond Platnumz actually planned for the pregnancy, and that it did not come as a surprise as sections, previously, believed.

The two met and got intimate during the video shoot of Platnumz’s smash hit Salome in December, 2016.

“Diamond and I had actually planned to have a baby. I did not coerce him into sleeping with me, or trap him with the pregnancy, no.”

Mobetto said she has sued her baby daddy for child support because the amount of money he is giving her monthly is inadequate to cater for all her son’s needs.

“As a grown up, a man should know what a new mother needs to ensure her child’s welfare is fully looked into. When you have a lover or a wife, as a man, you should not be finding it hard to give her Ksh3, 220 or Ksh4, 600 every day for her upkeep and child support. That is why I went to the court to compel Diamond to take care of his son.

“I was not on his case in the past because there were people, who would come to my rescue, financially. After the lawsuit, his lawyers met my lawyers and the issue being a matter before court, let us not go deep into it,” said Mobetto. 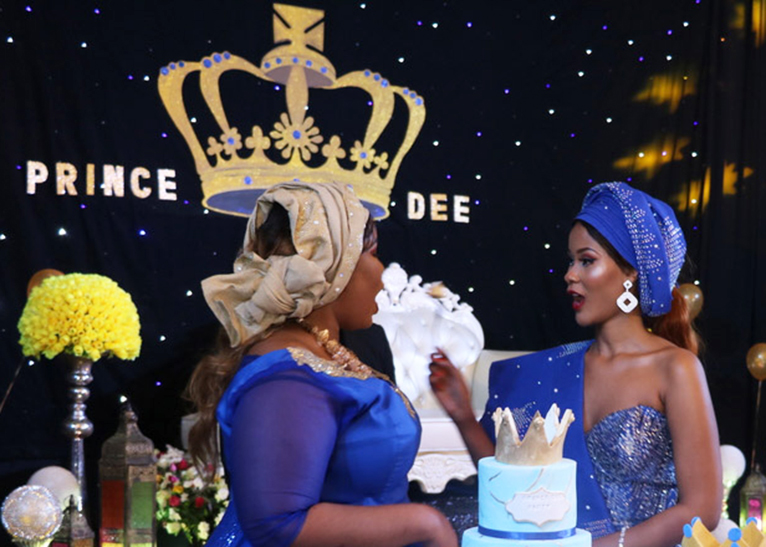 This comes even as Diamond Platnumz chose to snub his son’s 40th day party held by Mobetto in Dar es Salaam. The heavy-hitter was in the country, as he was preparing for a concert in Zanzibar.

Diamond will appear before Kisutu Juvenile Court in Dar es Salaam on October 30 for a mention of the child support case filed against him by Mobetto.

I STAND WITH MOBETTO: DIAMOND’S DAD

Diamond Platnumz’s father, Abdul Juma, says he won’t be drawn into the Mobetto-Diamond lawsuit drama, but says he is ready to stand with Mobetto through thick and thin.

Speaking to Risasi Jumamosi on October 14, Juma said he respects Mobetto because “she recognises me as her potential father-in-law”.

“Her lawsuit filed against my son won’t make me hate Hamisa. That is their problem to deal with. When in Dar es Salaam, I must check on my grandson, Abdul,” said the old man.