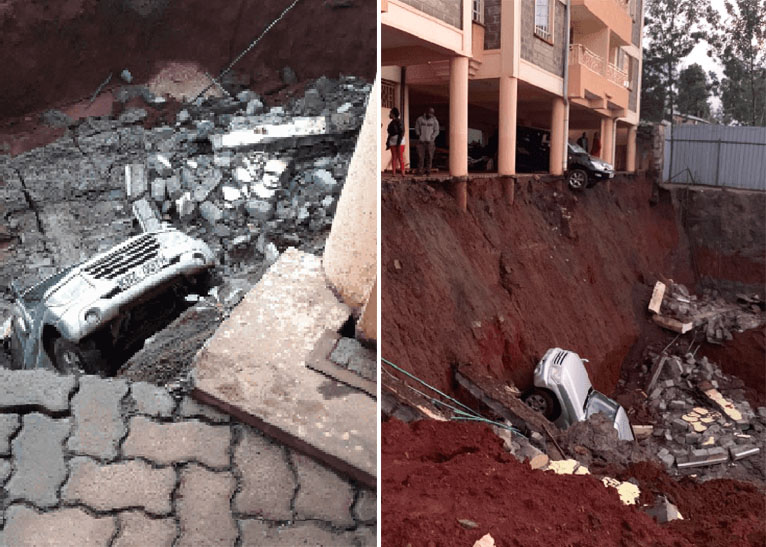 BY GIKUNGA KARIUKI IN KIAMBU COUNTY.

Tenants at an apartment in Ruaka woke up to a rude shock on Wednesday after they found their cars sunk inside a construction site.

Part of the wall of their apartment had also caved in following a heavy downpour the previous day.

The construction site which is in between two apartments is said to have caused the landslide that occurred on Tuesday night.

Those who spoke to Citizen Digital suspect that the contractor may have dug deeper than the foundation of the wall.

One vehicle was badly damaged when the wall caved in and a second vehicle could be seen with the front side peeping from the sunken site.

Some tenants were on Wednesday seen vacating the apartment as they fear that staying there may expose them to further danger.

Others questioned how the Nairobi County Government would have given approvals to individuals who seem to lack knowledge on proper construction guidelines.

The county government is yet to respond.

Meanwhile, the Kenya Meteorological Department issued a heavy rain advisory but only for the Coastal region.

A statement from the weatherman on Tuesday said more than 30mm of rain is expected from Wednesday, May 8 to Friday May 10 with increase intensity from May 11-12.

“The rains are likely to be accompanied by strong winds and may cause flooding in low laying areas near the coastline,” the statement reads.

In Nairobi and other parts of Central Kenya however, the Met forecast indicated that there will be light showers over a few places from May 8-12. 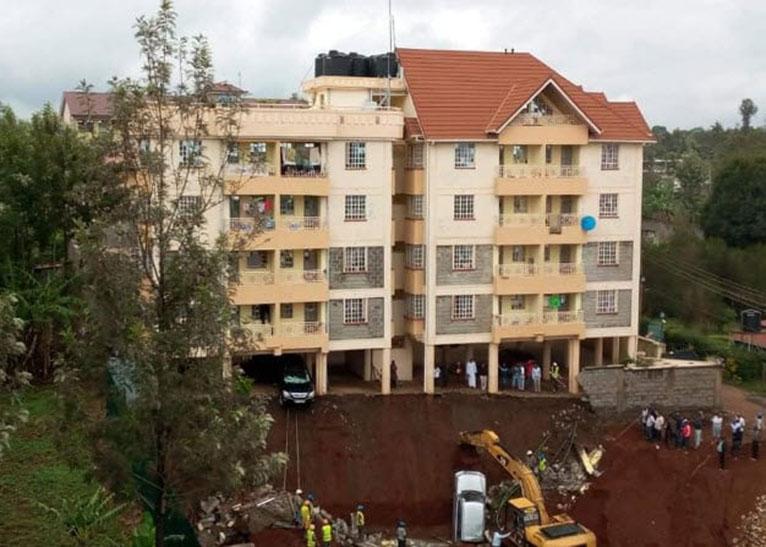 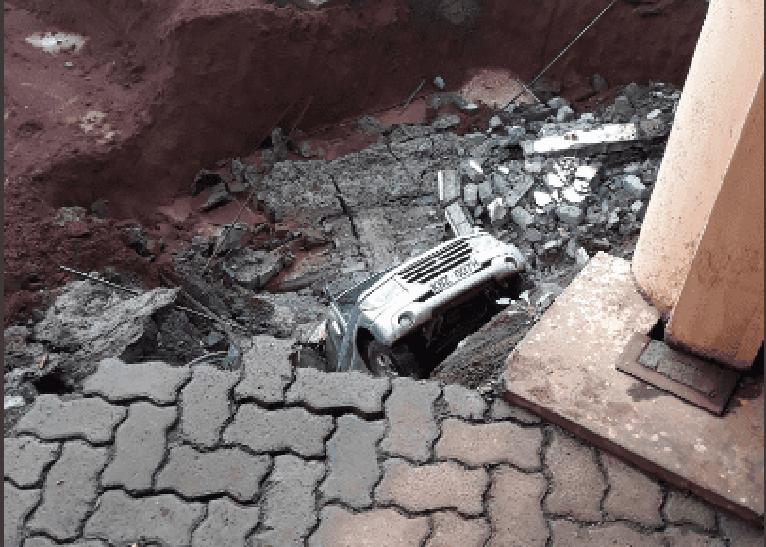 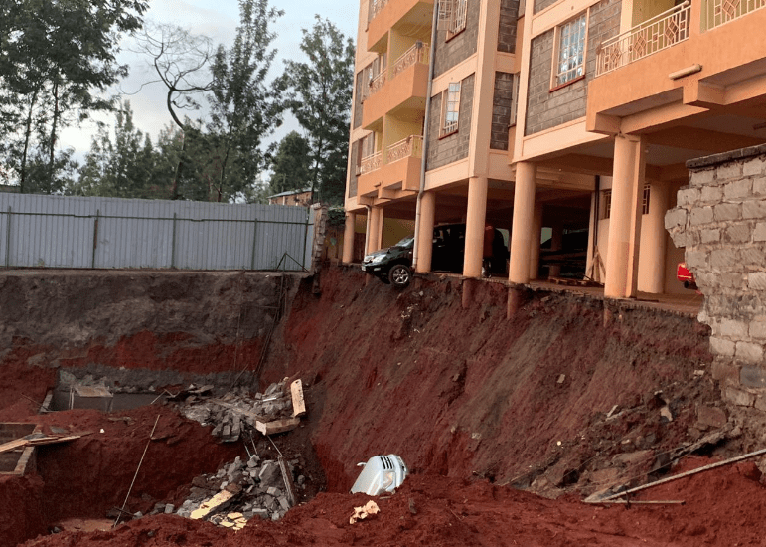 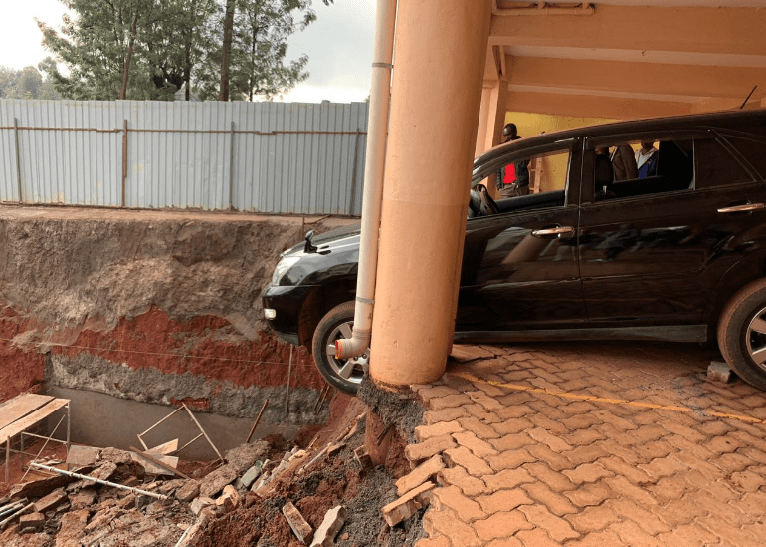 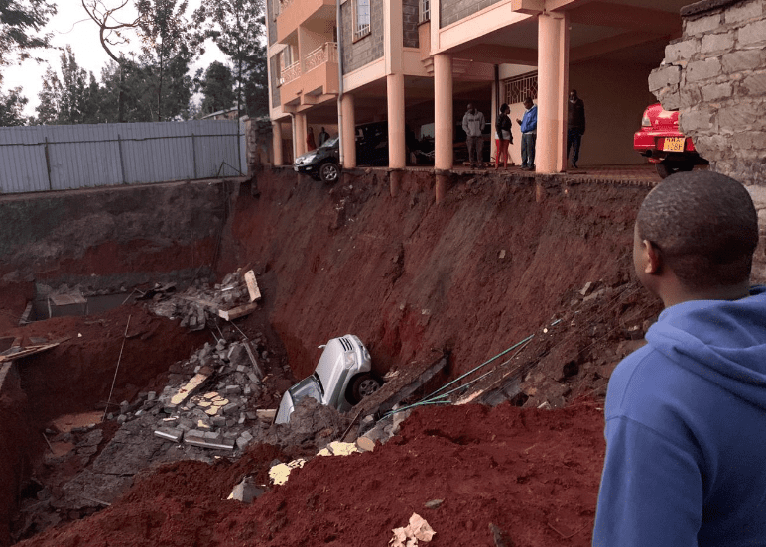