Former United States First Lady Michelle Obama wore a one-shoulder rose-coloured top, paired with cropped white jeans and white slides while on Italy tour – and the internet is in awe.

Mrs Obama, 53, accented the ensemble with a cross-body white bag.

Michelle Obama has made headlines  — some positive, some not so much — for displaying her shoulders and arms in the past, most notably in her first official portrait in 2009.

Some online users hailed her modern approach to fashion and for showing off her toned physique, while others s criticised her for being too informal and casual.

“First Lady Michelle Obama looking fresh and flawless while touring the city of Montalcino in Italy,” one user wrote on Twitter.

Another said: “Started wearing less and goin’ out more. #MichelleObama.” 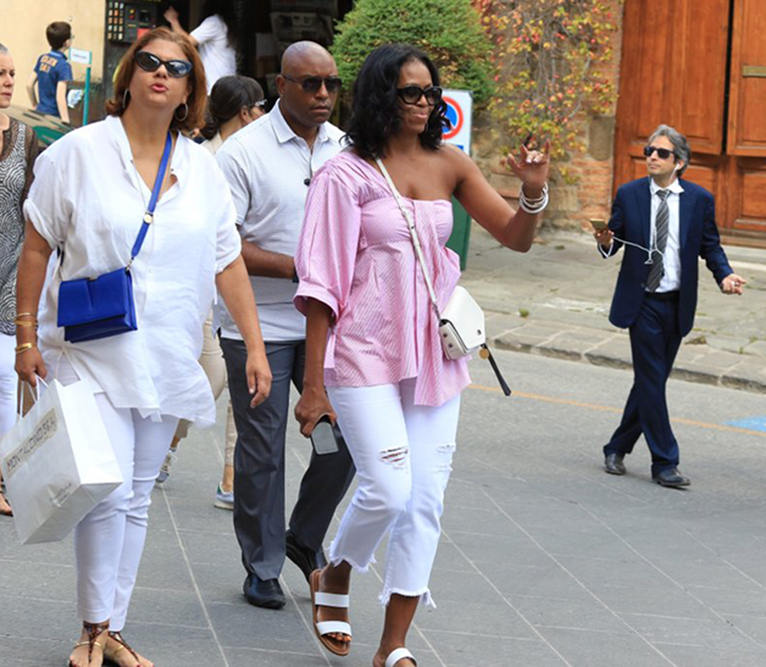 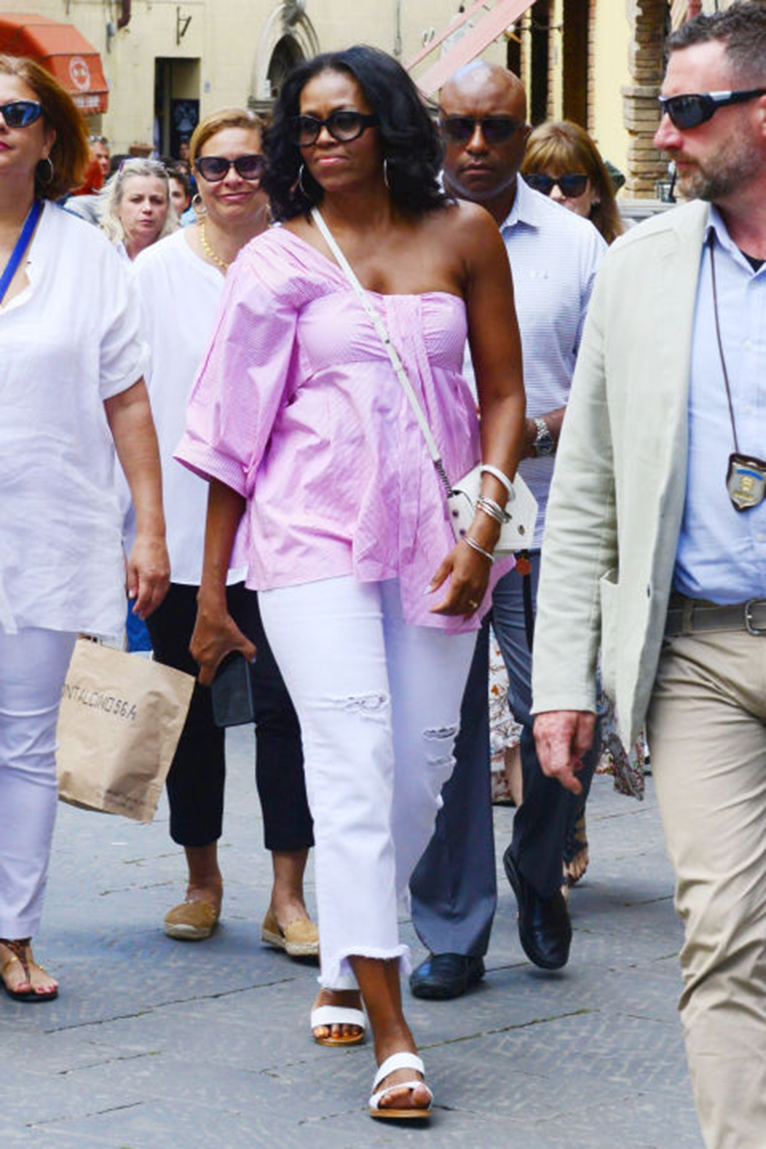 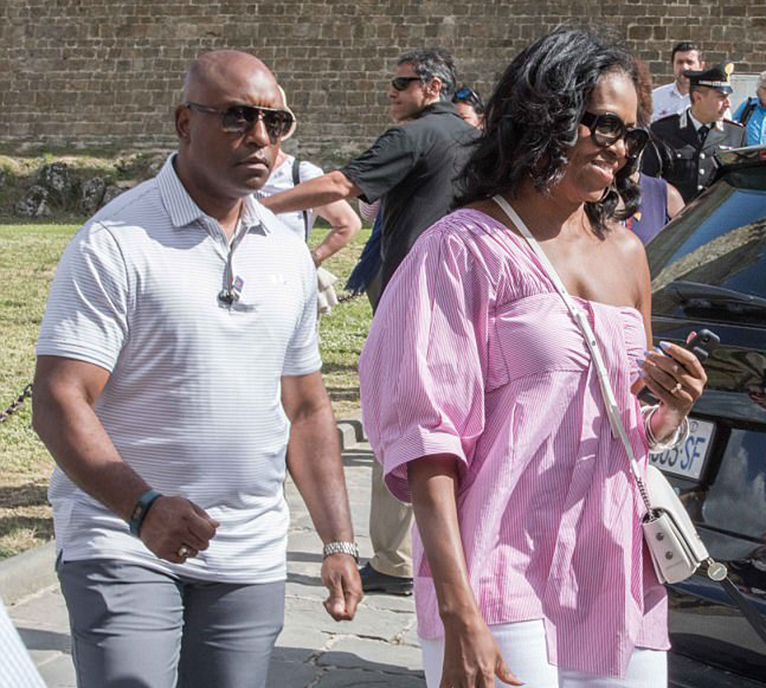 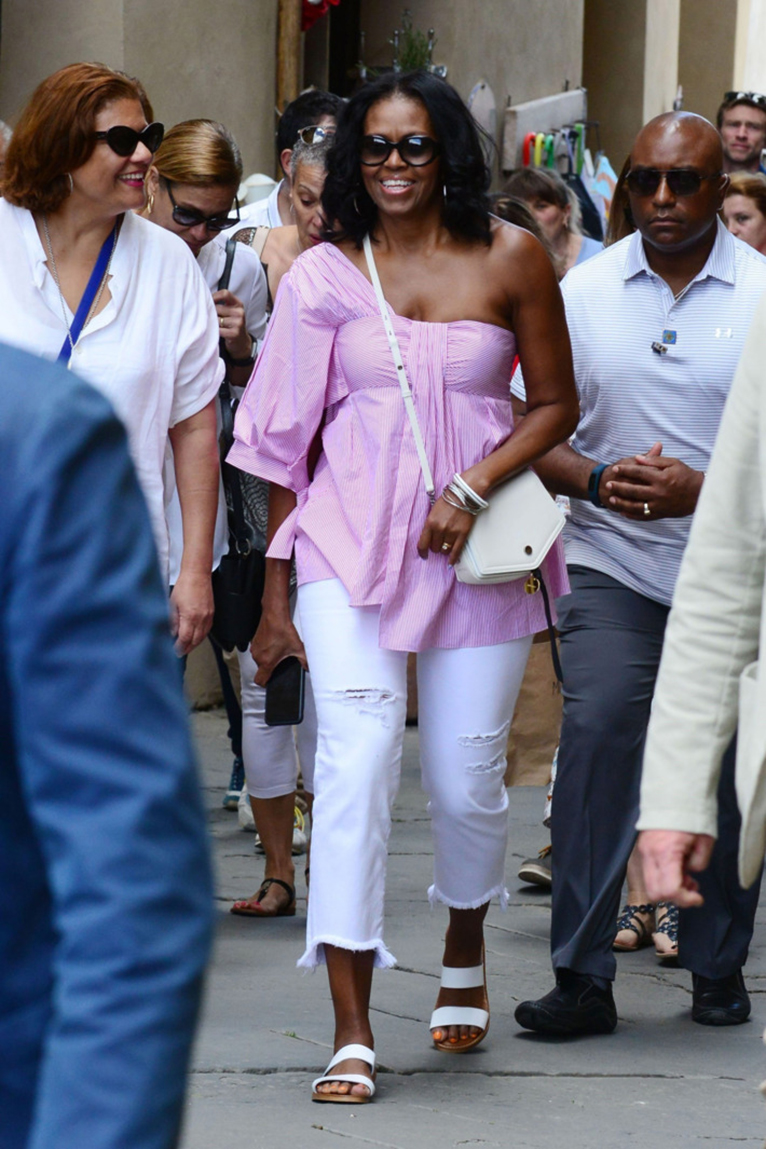 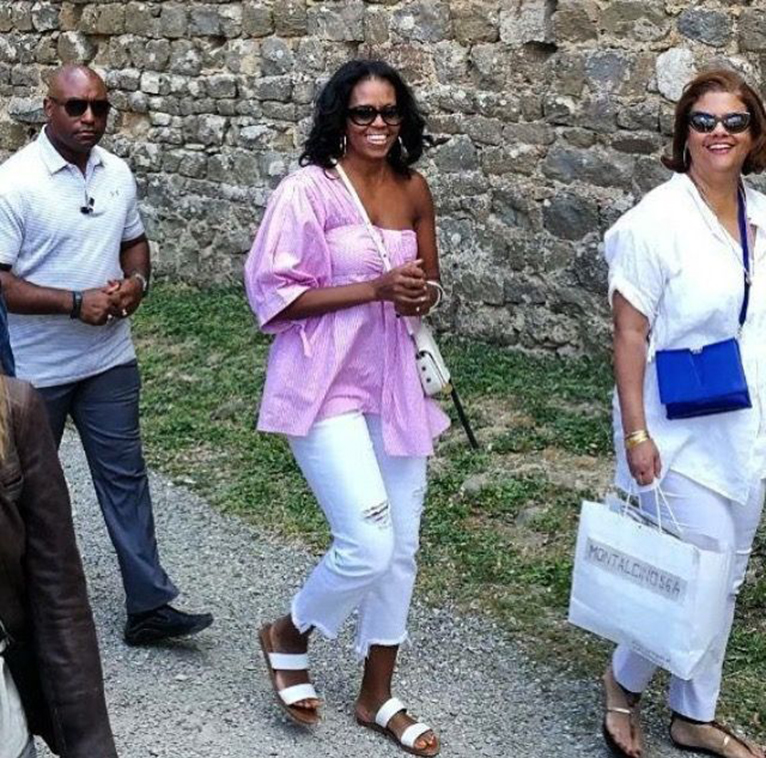 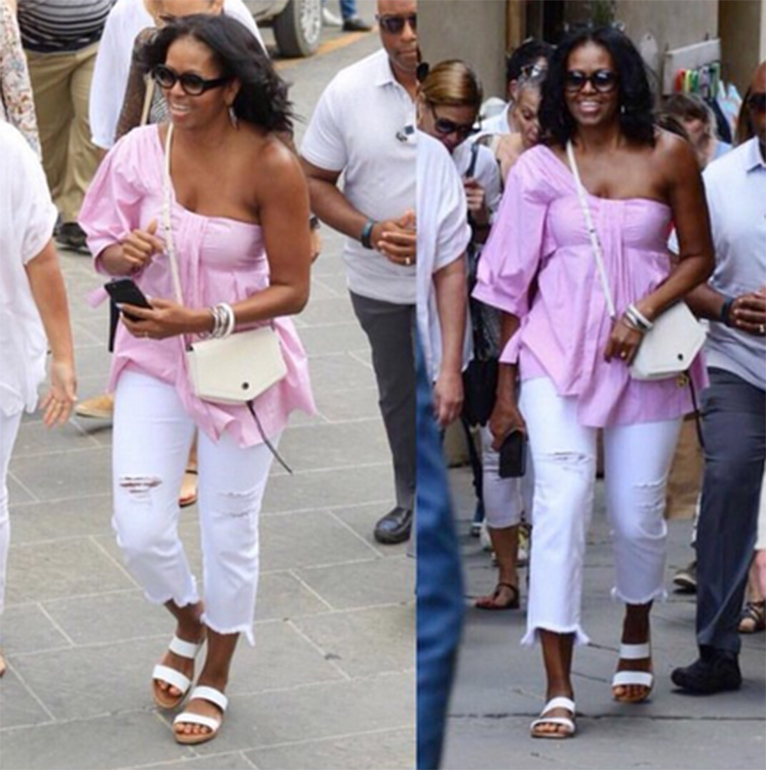 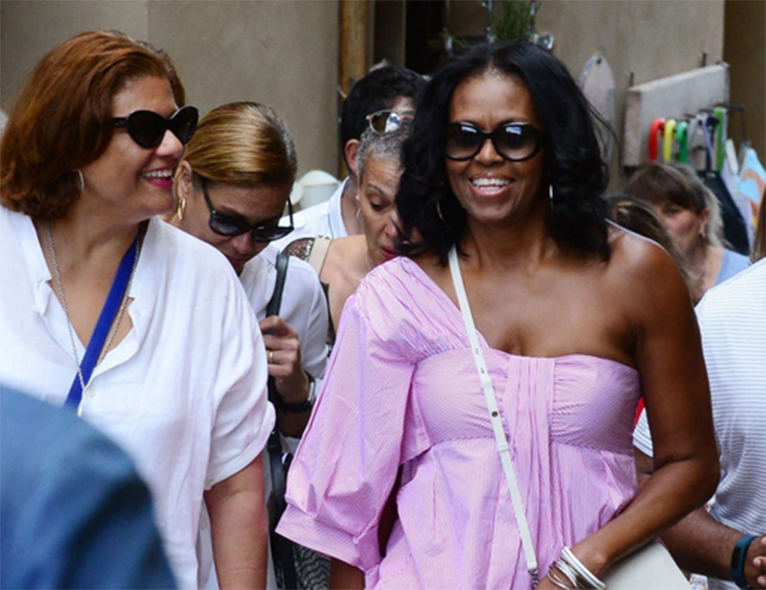