The doctor convicted of involuntary manslaughter in the death of Michael Jackson claims the singer was “chemically castrated” by his abusive father to maintain his high pitched voice, the Daily Mirror reports.

The doctor, Conrad Murray, spoke out in June following the death of the pop legend’s father, Joe Jackson.

Conrad Murray described Joe Jackson as a cruel father to his children, when he referred to him as the ‘worst father.’

“Joe Jackson was one of the worst fathers to his children in history,” Murray said.

“The cruelty expressed by Michael that he experienced at the hand of his father. The fact that he was chemically castrated to maintain his high-pitched voice is beyond words,” alleged Murray. 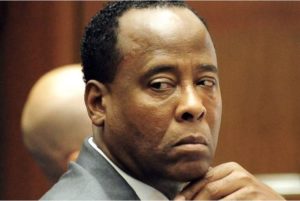 Previous allegations had claimed that Joe Jackson had Michael Jackson receive hormone injections when he was 12-years-old in an effort to cure his acne and prevent his voice from deepening.

However, these new allegations from Conrad Murray suggest “chemical castration” was the real reason behind the hormone injections.

This is not the first time that Doctor Murray has maligned the Jackson family.

In 2016, Murray, 65, made the same allegations in his 2016 self-published book “This Is It! The Secret Lives of Dr Conrad Murray and Michael Jackson.”

However, Joe Jackson’s abuse towards his children is no secret.

In 1993, The ‘Billi Jean’ hit-maker spoke with Oprah Winfrey, telling her of the abuse his father imposed.

The legend of pop, who died at 50, spoke of the horrific acts of his father.

Michael Jackson said his father would sit with a belt in his hands as he and his brothers Jackie, Tito, Jermaine and Marlon rehearsed as The Jackson Five during the 1960s. 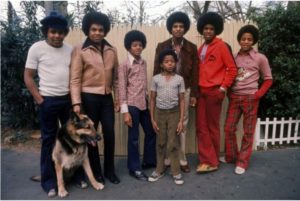 “If you didn’t do it the right way, he would tear you up, really get you,” Michael said.

The king of pop died in June, 2009 from a lethal mix of propofol and other sedatives, some of which had been administered by Murray, the Mirror says.

Since Joe Jackson patriarch’s death, many of the family have leapt to his defence.

He wrote: “Keep talking all you want, that he abused my dad.”

“He (Joe Jackson) raised his kids right, otherwise, they would have been in gangs or dead,” Prince said.