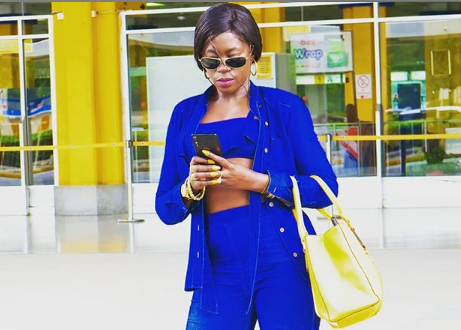 Kenyans online have been waiting for a response from Akothee on the emotive ‘peanut’ royalties the Music Copyright Society of Kenya (MCSK) recently sent artistes but Madam Boss, as she is popularly known, has remained silent.

Opening up on the issue for the first time on Thursday, the ‘Muje’ singer said she did not receive the Ksh.2,530 Kenyan artists – led by Khaligraph Jones – have been lamenting about.

“I thank God they didn’t send the money, because if they did, Kenya would have stopped for a minute…They can’t dare send peanuts to me, they know that I would have stormed their office and brought down the whole building,” said Akothee on Radio Citizen.

The controversial songstress also sympathized with fellow artists who were sent the Ksh.2,530 royalty earnings, adding that Kenyan musicians have grown over the past years and deserved more than they received.

According to Madam Boss, however, disunity within the industry will only lead to more exploitation by the Collective Management Organizations (CMOs).

“Kenyan artists should continue pushing to higher heights and forget about MCSK, work on building your brands and let us also help and support each other. If we supported each other we could have dealt with the MCSK issue,” she added.

MCSK has in recent times come under sharp criticism after a section of Kenyan musicians took to social media platforms to air their frustrations on royalty earnings sent to them by the body.

Some of the artists – led by Khaligraph and Timmy Tdat – have since warned the CMO against collecting any royalties on their behalf.

MCSK, however, in a press address on Wednesday, sought to assure the artists that the Ksh.2,530 distributed to them was only as a result of royalty collection for two months; and that more will be disbursed in October.