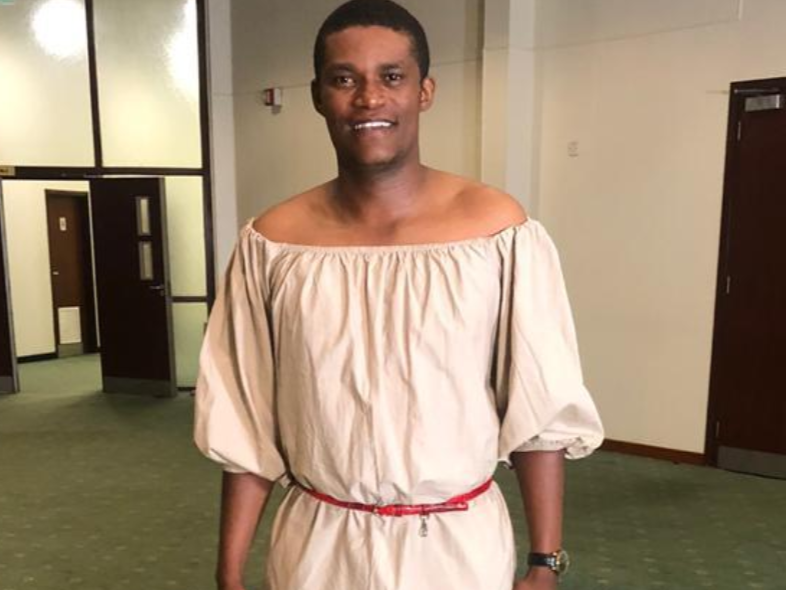 The thorough vanquishing of Manchester United on Sunday night at the hands of Chelsea, saw NTV Uganda’s  presenter Andrew Kabuura dress like girl on live TV.

A bet is a bet and a man is only as good as his word, they say.

According to NTV’s Press Box show-host, Joe Khamadi, Kabuura- his co-host – had promised to wear a dress if the Red Devils lost to Chelsea.

Khamadi was to wear a vest the entire show in case Chelsea lost.

And then Kabuura’s team lost resoundingly.  A humbling 3-1.

So on Monday night as agreed, Kabuura went on live TV and hosting the entire show decked in an off-shoulder midi dress,  cinched at the waist with a belt. 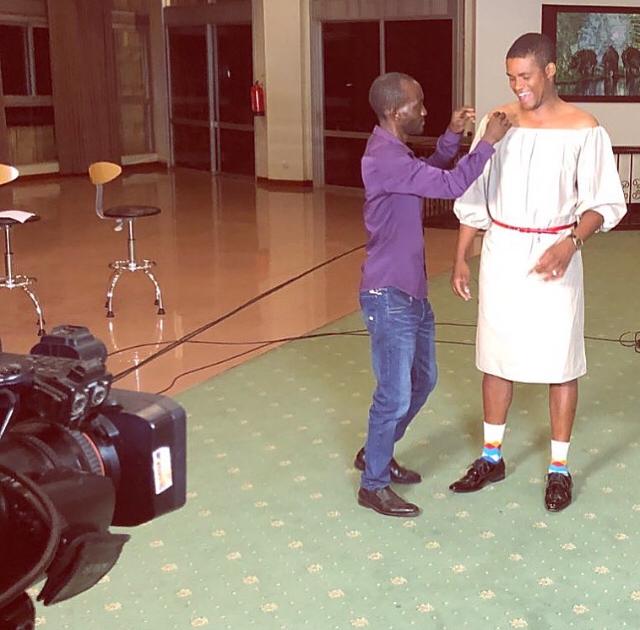 He also took a moment to pose with a colleague, Rita Kanya. 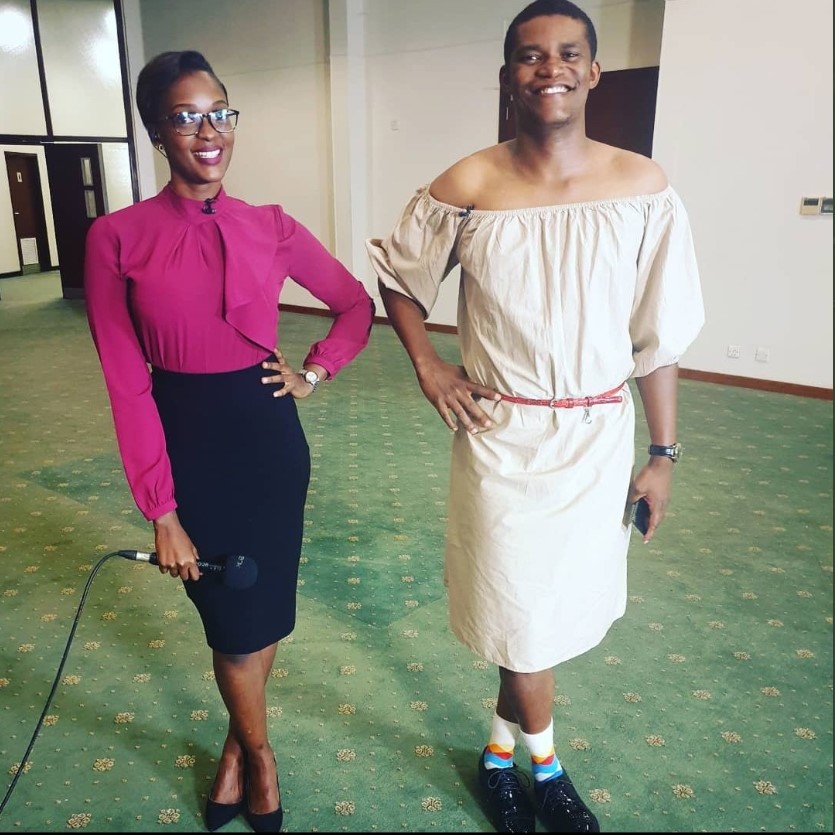 Shortly after the show, Kabuura took to Twitter saying the dress debacle was easily the most embarrassing moment of his entire life.

“Thank you for watching #NTVPressbox. Easily the most embarrassing thing I’ve done on air. Never to bet again!” He tweeted.

See some reactions on social media:

Now what if Kabura forgets and he opens his legs wide open 😂😂😂#NTVPressBox pic.twitter.com/SqRlcKH4Av

Oh God! Riyale @ntvuganda what did we do to deserve this?This is the worst thing I have seen on TV. @andrewkabuura in a dress looks like a poor man's version of Amanda, of Amanda's Angels. #NTVPressBox

#NTVPressBox It takes a real man to pull off an off-shoulder on National Television!!😂😂
Also, @andrewkabuura, on behalf of all United fans, we applaud your courage and appreciate your martyrdom.😂😂