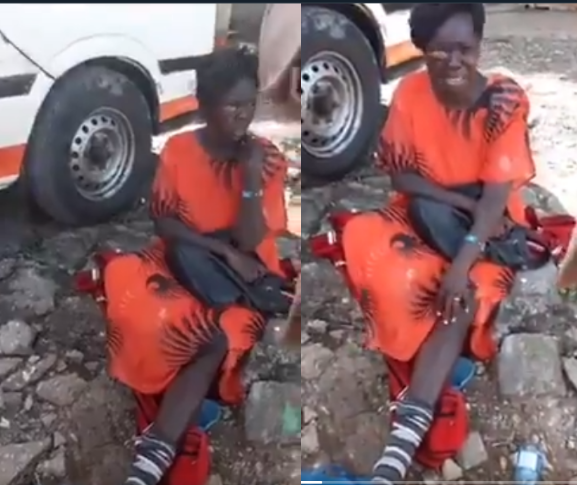 A Kenyan husband from hell who clobbered his wife to within inches of her life citing ‘family matters’ is set to be arraigned in court on Valentine’s Day.

Francis Sonkoi Koonyo was arrested on February 9 and later released on a cash bail of KSh. 10,000 according to the DCI.

He will however appear before Narok Law Courts on February 14 to face an assault charge.

His arrest came just a few hours after a video of his wife crying went viral on social media on Sunday.

The helpless woman who had bite marks on her face, her abdomen, private parts and hands claimed she had the same marks all over her body.

While fighting back tears, the woman claimed that her husband had turned into an animal, inflicting wounds on her body with all manners of things including a kitchen knife.

” Ni uchungu, mtu amekunyanganya kila kitu, kila siku anakusukuma kwa ukuta, nimechoka (its painful, he has taken everything from me and every time he keeps pushing me to the wall),” she lamented.

She had reportedly left her matrimonial home after the bodily harm and sporadic attacks became too much to bear.

Members of the public advised her to report the matter to the nearest police station as the situation had got out of hand.