Few things are better than a good marriage proposal, but when the proposal is done in a grandiose way, it just pushes the novelty of it all much higher.

And higher was exactly what was in the mind of Kavit Mukesh Shah, 30, when he proposed to his girlfriend, Binita Gadhia, on one of the highest peaks of Mt Kenya, the Lenana peak.

Mr Shah, who has been hiking since he was 15-years-old, asked his beau to accompany him for the hike and she obliged. It was her first and would probably be the most memorable hike of her lifetime, as it was then that she got engaged. 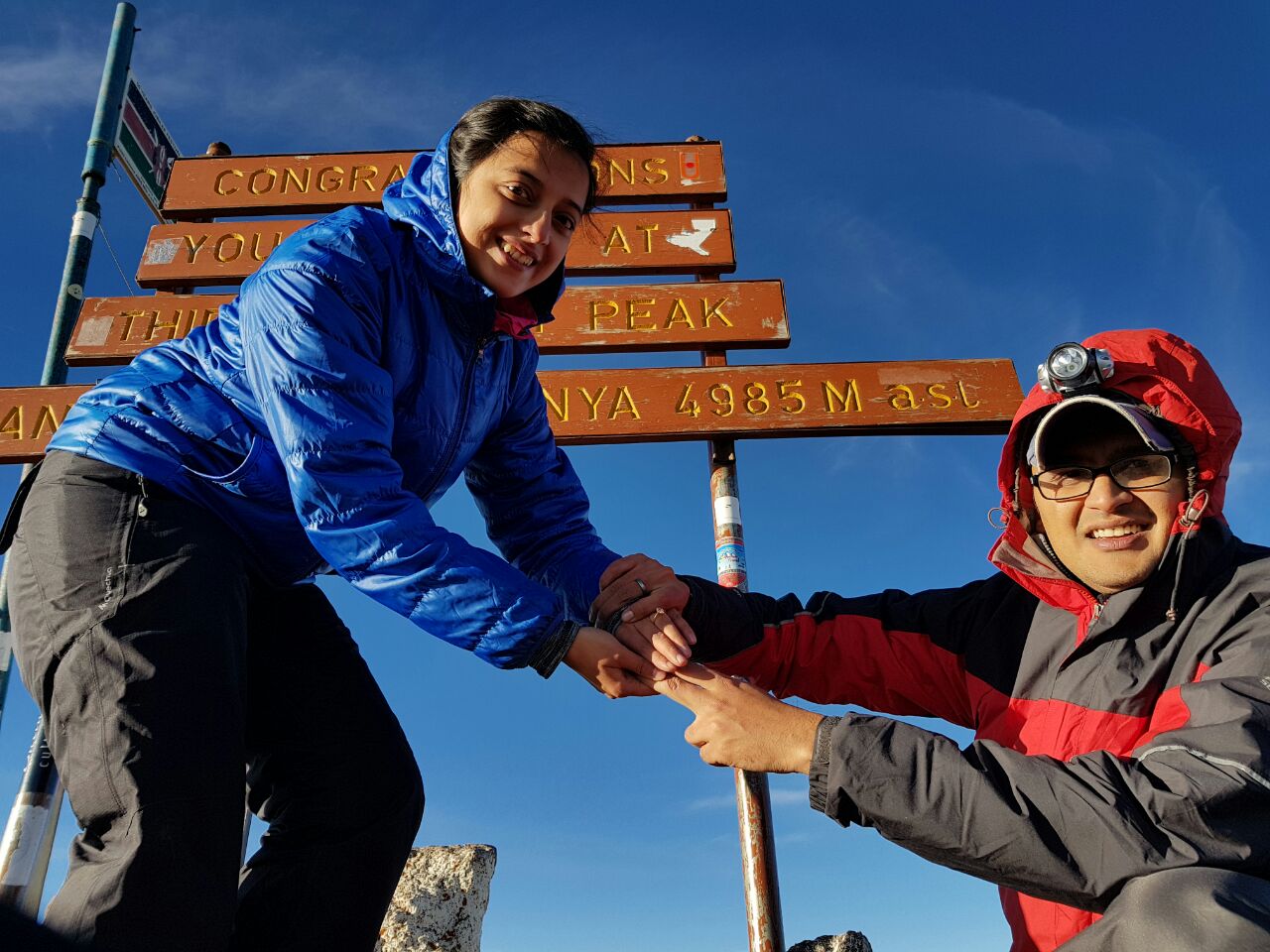 Mr Mukesh and his girlfriend had known each other through mutual friends and had been dating for a nine months. He says that it was just a bit a challenge keeping the surprise from her during the expedition but he managed to through the help of Expedition Maasai Safaris, the troupe which accompanied them for the expedition.

So how was the whole experience for Mr Mukesh? He describes it as out of this world.

“It was magical, it was a dream come true. I have always wanted to do this, and the day was perfect, everything seemed to be working out. The weather was perfect, the view was outstanding. I was very happy.” 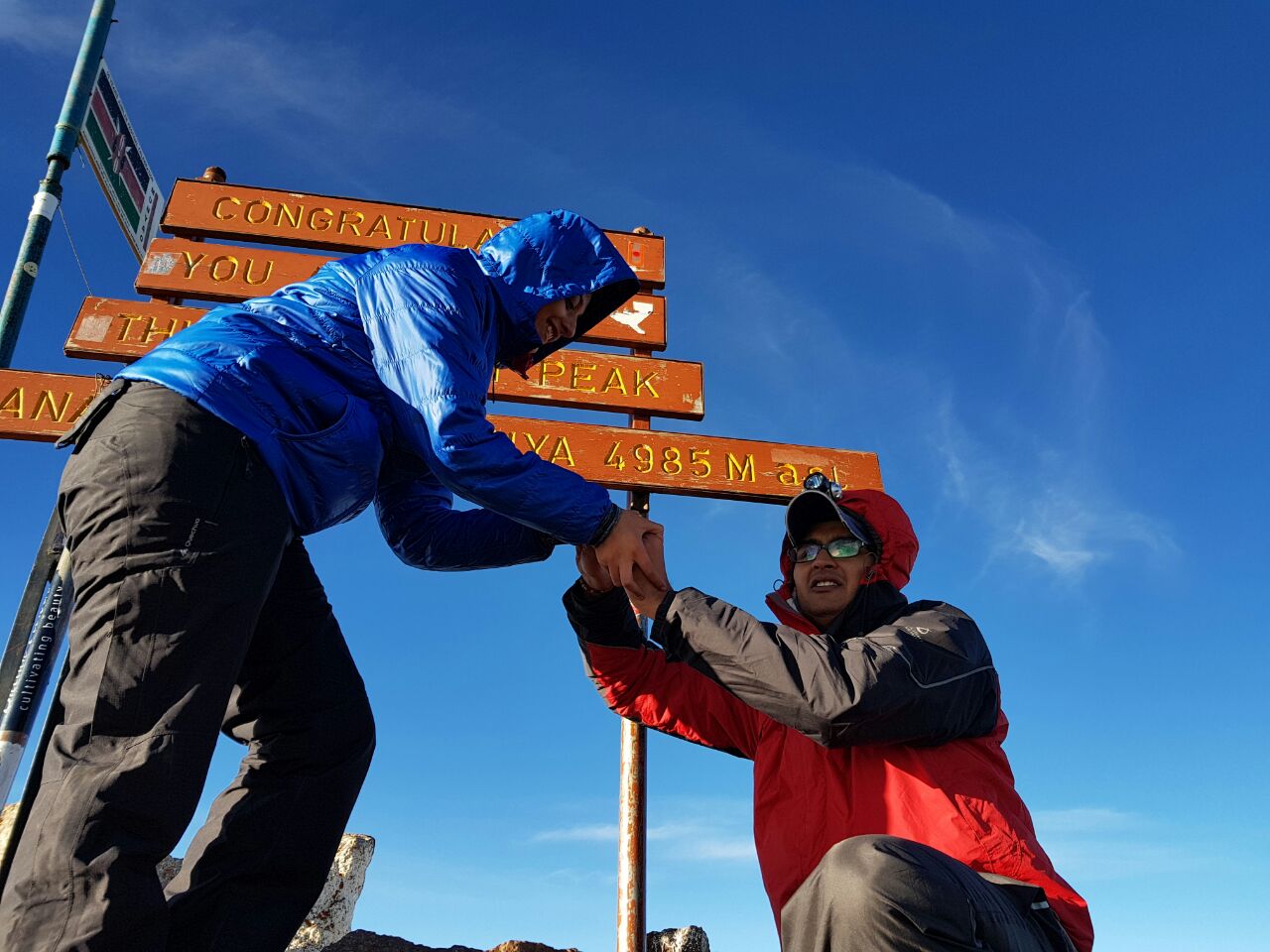 Besides Mt Kenya, Mr Mukesh has climbed Mt Kilimanjaro, Mt Meru and has been to many other hiking expeditions.

“I could have proposed on any of the mountains in this world, but I just had to do it on Mt Kenya. It just had to be Mt Kenya, because it is in my country, it is one of the most beautiful and one has to love their country.”

Asked whether he worried that Ms Gadhia would turn his proposal down, and leave him cold atop a  mountain , Mr Mukesh says that no matter how strongly you believe in yourself and you think you know your partner, there is always that 10% chance that you might be turned down. He was not exempt from this fear. Yet he adds cheekily, “It is me who took he up there so she had to say yes.”

But what could have happened if that 10%  chance came to pass and he got jilted? Mr Mukesh says they would have climbed down the mountain faster than they went up.