A 62-year-old man from Karurina Village in Embu West Sub-County has urged relevant authorities to help him reunite with his wife of 20 years after she allegedly left him for another man. 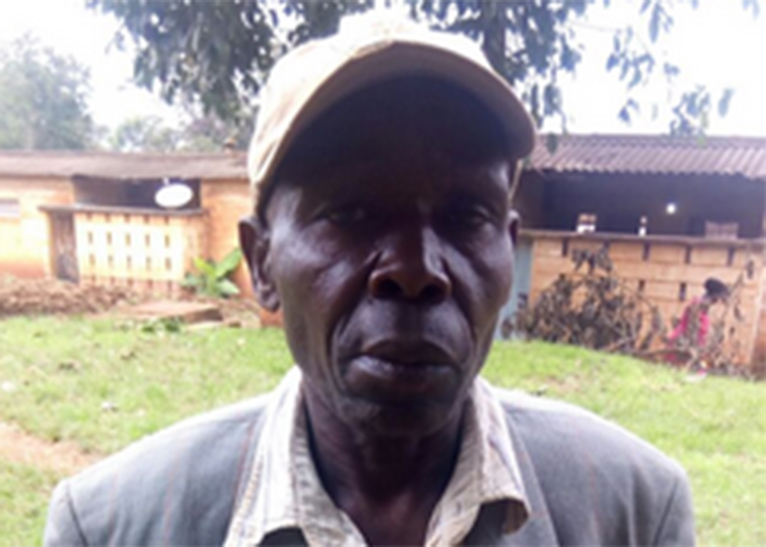 Erastus Nthia claims the local administration has been referring to him as “old”, and he, therefore, “shouldn’t bother himself with matters love”. [PHOTO | EDAILY]

Erastus Nthia says his 37-year-old wife, Wincate Karimi Njue, left him two months ago, taking their five children with her.

Ms Njue allegedly moved in with her 47-year-old lover, identified as Njeru Titus, whom she had met at Huduma Centre in Embu in May 2018, when she had gone to apply for their children’s birth certificates.

Mr Nthia says relevant authorities, including area chief, “are not keen on helping me”.

The elderly man accuses Ms Njue’s lover of neglecting his five children, saying the children have since dropped out of school.

Mr Nthia says he has, on several occasions, visited Mr Njeru’s home in Kathangariri Village in a bid to speak to Ms Njue, but no one would let him in.

Mr Nthia claims the local administration has been referring to him as “old”, and he, therefore, “shouldn’t bother himself with matters love”.

He, nonetheless, insists that he wants his wife back.

Mr Nthia says he does not know why his wife left him for another man.