Three middle-aged women are recuperating at the Meru Teaching and Referral Hospital after they sustained serious injuries allegedly inflicted on them by their husbands in separate incidents.

The left hand of 30-year-old Alice Kathambi was allegedly chopped off by her husband, who went further to cut her in the face.

In an interview with eDaily at the health facility’s surgical ward, Ms Kathambi narrated how her husband traced her to her parents’ home in Mbirikene village in Imenti North, where she had sought asylum upon suspecting that the man would harm her following a series of domestic wrangles that had rocked their union.

During the ordeal, a thumb on her right hand was completely cut off.  Speaking to eDaily, nursing officer in charge of the surgical department at the health facility, Consolata Kirigia, said Ms Kathambi was responding well to treatment.

In a separate incident in the same county, 29-year-old Rebecca Nkirote, a mother of one, suffered serious burns allegedly inflicted on her by her husband. 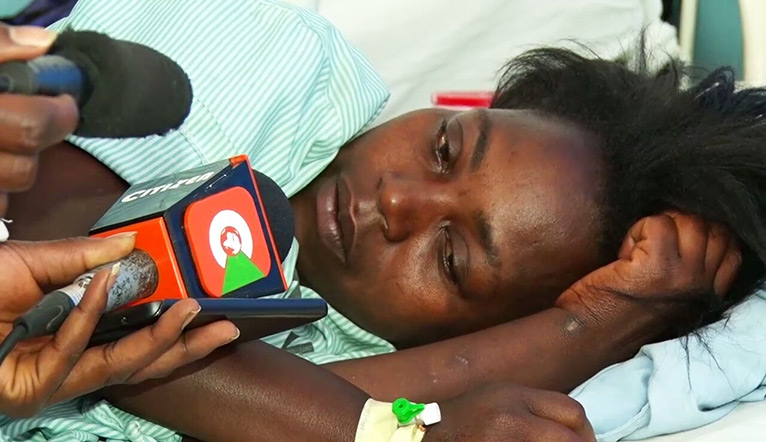 Ms Nkirote, who hails from Antubetwe in Igembe North, suffered a scalded upper thigh and the glottal region.

Nkirote recounted to eDaily that she had in the past disagreed with her husband. However, she did not suspect that her partner would burn her one day.

“We have had quarrels severally in the past. I had decided to divorce him but our elders urged us to amicably solve our differences,” she said.

“The attack took place on Sunday, August 21 when I was preparing githeri as requested by him (husband). He pulled me into a sufuria that had boiling food,” recounted Ms Nkirote, seemingly in deep pain.

Fearing a repeat of the same, she has hinted that she will not go back to her husband. The suspect has since been arrested.

According to nurse Kirigia, Nkirote sustained 20 percent burns of her body.

In the third incident, another woman was admitted in the ward following cuts allegedly inflicted on her legs by her husband.

However, she declined to speak to media over the incident.

All the incidents are reported to have taken place over the past weekend.