Hollywood actress Lupita Nyong’o on Tuesday fulfilled a promise she had made to 1, 200 high school students in Kisumu County.

Lupita on February 13 promised to sponsor the students to watch the movie she stars in “Black Panther”, which premiered worldwide on February 16.

Kisumu County Tourism executive Achie Ojany broke the news about Lupita’s pledge to the students on February 13, when she announced that the Oscar-winning actress won’t be attending “Black Panther” premiere in Kisumu later that day.

“Lupita has invited 1, 200 students from the seven sub-counties of Kisumu to watch “Black Panther”. They will watch the movie next Tuesday (February 20),” Ms Ojany told eDaily in a February 13 interview.

The Tourism CEC said Lupita’s diary could not allow her to grace the February 13 premiere.

Ms Nyong’o had taken to her Facebook page late January to reveal that “Black Panther” would premiere in Kisumu on February 13, however she did not assure her followers of her presence.

“Lupita did not say that she was coming for the premiere. I think we would have all wanted her to come, but her diary is not controlled by the Kisumu County Government; it is her schedule with her producers. However, she has sent all her love and her best wishes. The most important thing is that she has gifted us the movie and Kenya gets to host it. Kenya being the first African nation to have this event, is a great privilege,” said Ms Ojany.

The students, drawn from different secondary schools, gathered at a mall in the lakeside city, where the film was screened.

Prior to the Kisumu event, “Black Panther” premiered in London and Seoul in South Korea.

The film tells the story of T’Challa aka Black Panther, the king of the fictional African nation of Wakanda. His super powers include enhanced speed, strength, night vision, and healing.

Lupita stars as Nakia, T’Challa’s former lover and an operative of the all female special forces of Wakanda.

“I can say that Nakia, when we meet her, is a war dog, which means she’s one of Wakanda’s CIA agents,’ she told Slashfilm.

“Her job is to spy around the world and report back to Wakanda to keep Wakanda safe and keep Wakanda informed.” 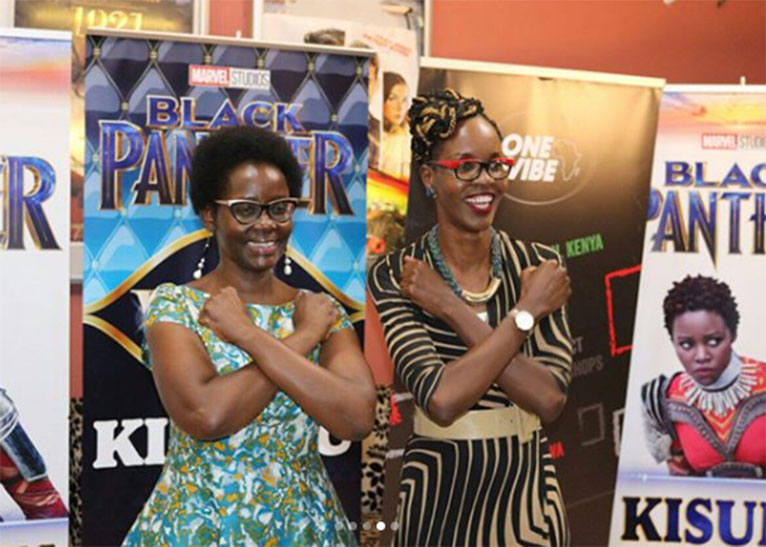 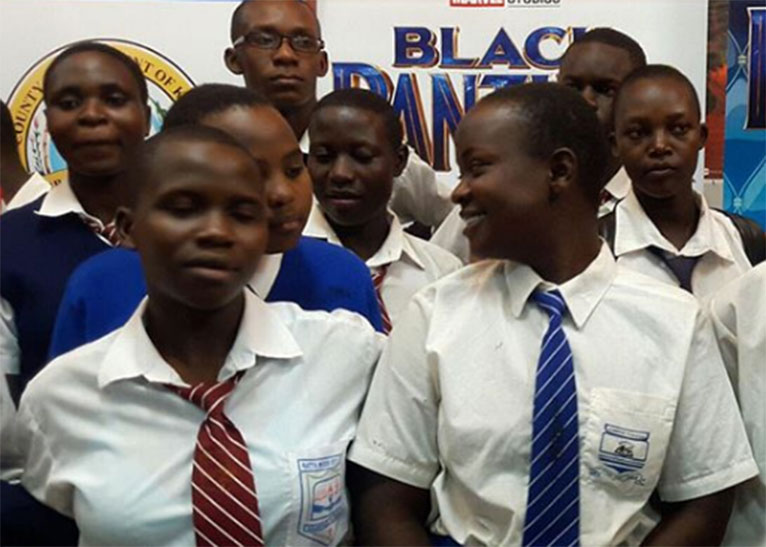 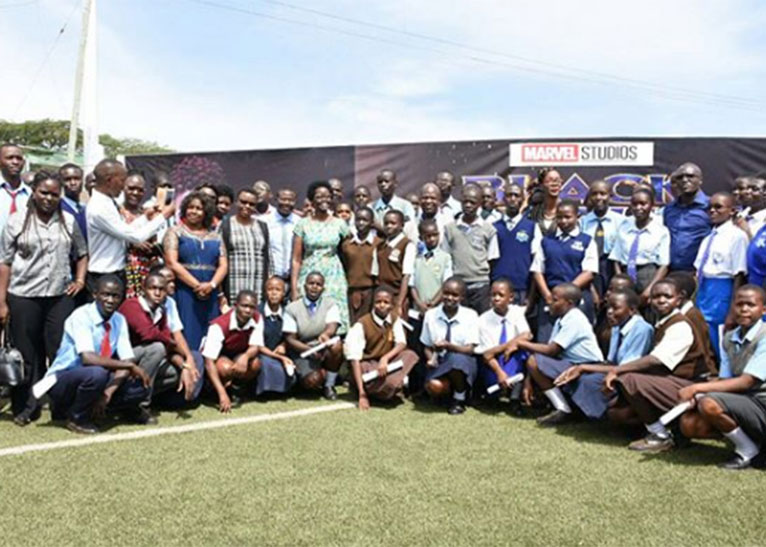 Lupita on February 13 promised to sponsor the students to watch the movie she stars in “Black Panther”, which premiered worldwide on February 16. [PHOTO/EDAILY]