Guest Artists who have been announced for the much anticipated event include ‘Samalina’ hitmaker Tetu Shani, Urban Kikuyu folk singer Ayrosh, The Nairobi Philharmonic Orchestra and the phenomenal songstress Sage Chemutai.

In his own words, ‘Dreams In Stereo’ is his best studio production effort to date, and one with a very personal touch. It is also strongly influenced by Eric’s musical theater passion and from a deep well of personal influences that go beyond his iconic Kenyan music roots.

“Dreams in Stereo picks up from where Love & Protest left off and echoes where I have been artistically speaking,” says Eric.

“But at the same time it is an even more personal and intimate album in many ways, where I felt freer to just be myself. It also explores a wide range of musical genres that are close to my heart. It definitely puts me on a new trajectory musically and creatively, and you’ll be seeing a lot more of this new direction in the months to come…in a way like you’ve never seen me.”

The “Daima” songwriter hopes the new album will epitomize the creative evolution he is currently undertaking, aimed at shaping his presence as a global artist.

The new album features hit singles such as ‘Okay’, ‘Don’t Bury Me’ and ‘Hallelujah People.’

The album also features some of Kenya’s popular singers such as Kagwe Muigai, Blinky Bill, Kendi Nkonge, as well as veteran artist John Nzenze, renowned for songs such as “Angelike” and “Habari za Nairobi.”

‘Dreams In Stereo’ will stream exclusively on Songa By Safaricom all day on Thursday July 26, 2018. 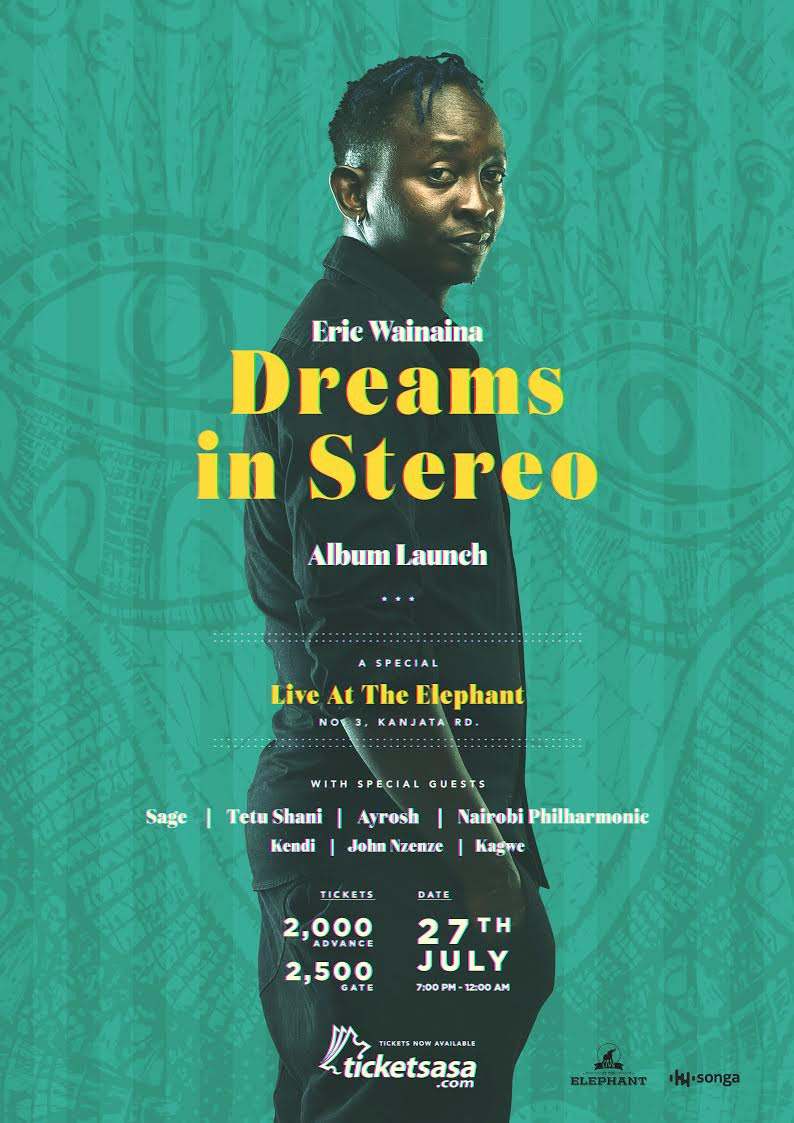