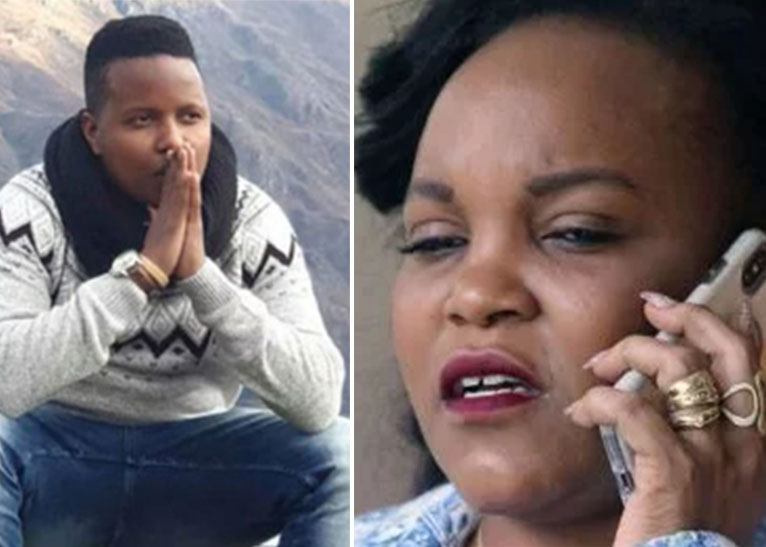 Kirinyaga Woman Representative Wangui Ngirichi says her nephew Robin Allan Njiru’s vehicle was rammed into by another car shortly after Njiru completed a street race at Oldonyo-Sambu, a few kilometers from Arusha.

“He [Njiru] parked his vehicle on the roadside just after completing the race. Another vehicle which was speeding a few meters behind my nephew’s car hit Njiru’s car, causing it to roll several times. The resultant impact killed him on the spot, and left his female friend, who was in the co-driver’s seat, injured,” Ngirichi told EDAILY.

The young woman, who hails from Ngurubaini Town in Kirinyaga, was taken to a Nairobi hospital in critical condition.

“Njiru was a very sociable and respectful young man. He also had great dreams for his future,” said Ngirichi.

Another Kenyan, 20-year-old Onesmus Machira Mwangi, also died in the Sunday accident. Machira is the son of Julius Mwangi Mathenge, a former Machakos County Commissioner who now works at the Office of the President.

Njiru, 21, is the son of prominent Kirinyaga businessman Patrick Njiru, who is Ngirichi’s brother.

“We are saddened and shocked by Njiru’s death,” one of the deceased’s relatives told EDAILY.

Robin Njiru’s body was flown to Kenya a day after the crash and preserved at the Kenyatta University Hospital morgue.

His relatives and friends are meeting at Patrick Njiru’s Ngurubaini home in Mwea Constituency, Kirinyaga County to make funeral arrangements.

On Monday police confirmed that two Kenyans died in the Oldonyo-Sambu accident, while one, the lady, was seriously injured.

The road accident happened after one of the racing vehicles ploughed into others parked on the roadside, consequently injuring spectators on the roadside.