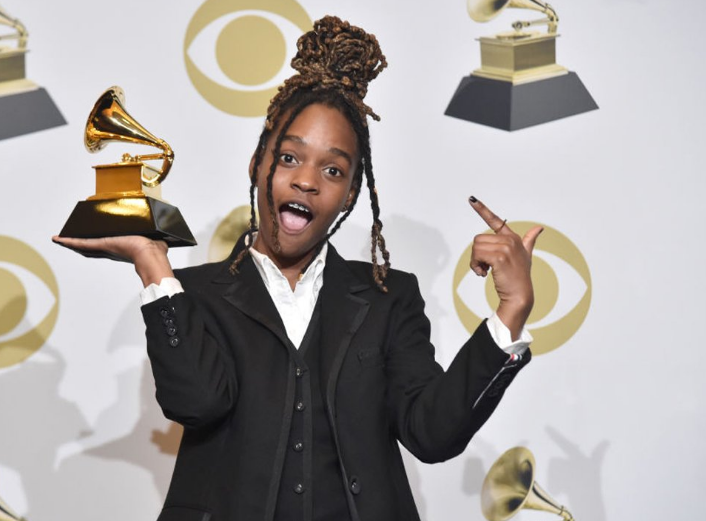 Jamaican teen sensation Mikayla Simpson, popularly known as Koffee, on Sunday made history by becoming the youngest artist and first woman ever to win a Grammy for Best Reggae Album.

The 19-year-old star won the award for her Reggae EP ‘Rapture’ released last year and which featured, among other songs, her biggest hit ‘Toast.’

The EP debuted at top spot on the Billboard Reggae Albums chart; a position it held for 32 weeks.

Koffee became popular after an Instagram video of her went viral, before she later released her first single ‘Legend’ – a tribute to athlete Usain Bolt – which was also well received.

Koffee is set for performances at Coachella in April, the St. Kitts Music Festival in June, as well as the Viewtopia Music Fest during Super Bowl weekend from January 31 to February 1 in Florida.