The pair will henceforth co-present the programme, which airs from 3pm to 7pm every Monday to Friday.

The agenda of July 23rd show is the impact of the Raila-Uhuru handshake on the common mwananchi.

Mr Lumumba will also share with listeners what he has been up to of late. 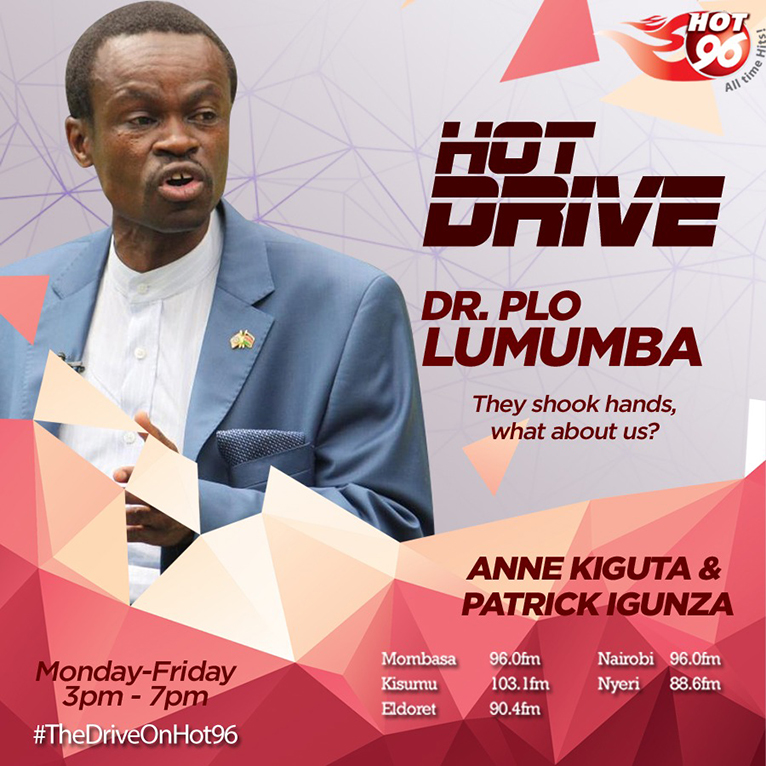 Speaking to Citizen Digital, Kiguta, a TV news anchor, expressed enthusiasm at getting back on radio where she carved out her path to the top of the media industry years ago.

“I’m thrilled to be back on radio where I began my career,” said Kiguta.

“This is no ordinary drive time show. Yes, it will have all the great elements of a drive time show – great music and great deejays – but the show is really anchored on our passion for social justice and economic empowerment.”

Speaking on why she decided to make the move, the media personality attributed it to her long-spanning stint on television where she has engaged every senior government official, adding that it was now time to engage the people.

“Throughout my career I’ve spoken to every politician who matters; from State House to Parliament. It’s now time to speak to the people. I’m continuing the work we began on ‘Opinion Court’ when we decided to stop hosting politicians and went directly to the people,” she stated.

“This show will be about our issues, what’s happening in our cities and our communities. It’s a call to young people, particularly, but also to everyone… to get involved in what’s going on in their communities and make their political voices heard on a daily basis and not just wait for the five year cycle when elections are upon us.”

Kiguta also advised fellow mothers – and women, in general – to speak up on issues affecting them saying; “Mothers have a stake in politics” and that “a consistent and collective voice matters.”

“When politicians don’t deliver on their pledges to give us good schools, it’s our children who suffer and who don’t get a fair shot in life. When the streets aren’t safe, it’s our daughters who are mugged or raped. When we don’t give our young people viable economic opportunities to thrive, we force them into a life of crime. We know that the solutions are with us, we are simply giving the microphone back to the people.”

She further added; “We aren’t just voting machines. We all have a stake in how we want to be governed.”

“I’m excited to be collaborating with Igunza on this! It’s not about the politicians. It’s about We, the people.”