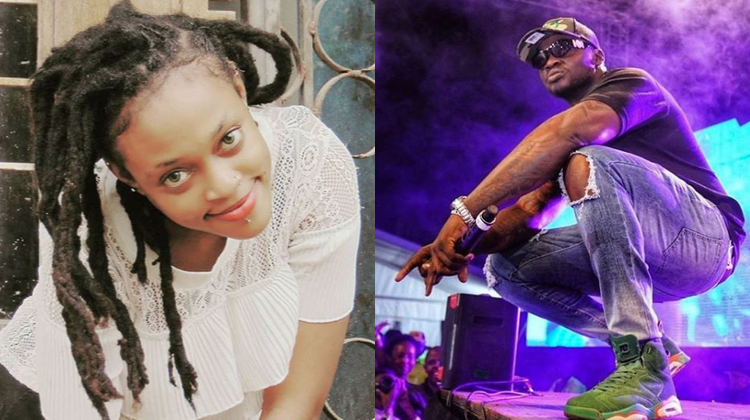 Upcoming female rapper Kyki has hit out at her male compatriot Khaligraph Jones saying he is overrated.

Speaking during a recording of The Chipukeezy Show at the Kenya National Theatre, Kyki opined that the O.G, as Khaligraph is often referred to, does not deserve all the hype he gets.

“I don’t care what y’all say, I think he (Khaligraph) is overrated and that’s my opinion. Kwangu si mnoma,” she said.

Khaligraph is currently flying high with the recent Me Siogopi release featuring his brother Lamaz Span KOB and the well-received Khali Cartel 3 (featuring Bey T, Breeder Lw, Silverstone Barz, Rekles, Chiwawa) which was released on September 26 and has since garnered over 1.2 million views on YouTube.

On being asked what she thought of Khali Cartel 3, Kyki however stated that she doesn’t recognize it since she hasn’t even listened to it.

Kyki previously hit the headlines after she responded to fellow femcee Femi One’s Pilau Njeri diss track that was directed at a host of female rappers in the country, especially rapper Njeri.