Fresh from releasing his new hit single-Moments- that saw Kenyans on social media crown him as Kenya’s most romantic man, Murua Muziki has taken over the Valentine’s day celebrations.

Earlier in the afternoon, Murua flanked by tens of hooting motorbike riders and sizable crowd drove his Land Cruiser SUV to the Central Police station.

He was also accompanied by a cadre of camera wielding scribes drawn from media houses across the city. 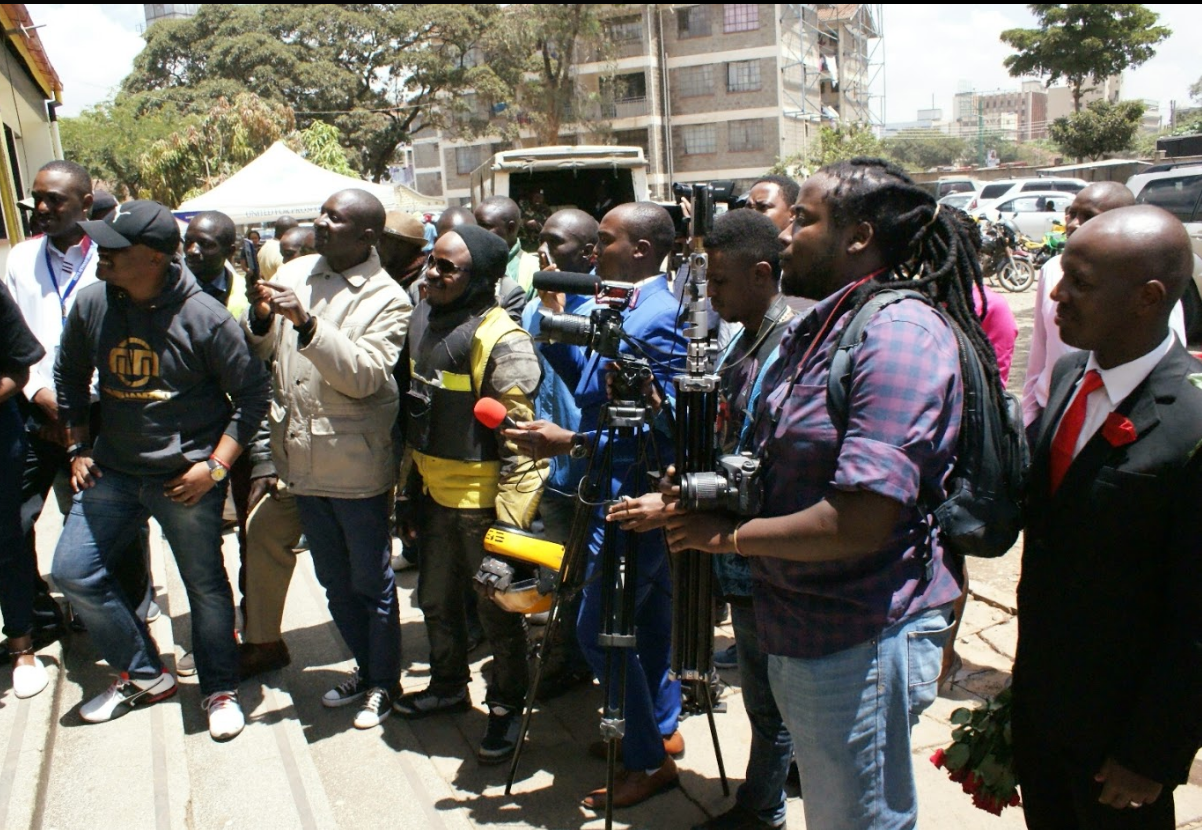 Part of the crowd at the police station who turned up to witness the cute little surprise.

His motive, to celebrate Valentines with officers from the station and reward the lucky winner of the #loveintheairchallenge who also happens to be a police woman working at the station.

In videos that have since gone viral on social media,the dramatic motorcade snaked its ways from Moi Avenue to Kenyatta Avenue then Uhuru Highway before making a beeline for the University way where Central Police station sits.

And just like any love story, there was a slight hitch, the crowd was denied entry until the OCPD gave clearance after learning that the crowd was visiting to celebrate Valentine’s day.

When the gates were finally opened, droves of humanity streamed in, with Murua, the man of the moment, dishing flowers to all the police women at the station. 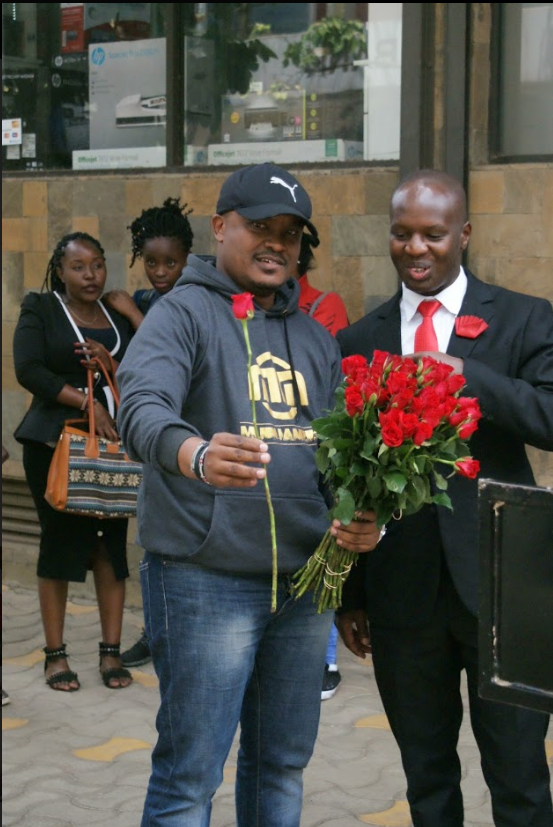 Singer Murua Muziki with a hefty bouquet of flowers that he dished out to officers. Photo: Njeri Muthaka/Facebook

The male officers were also not left out and got their roses from Miss Kenya Methodist University who was also in attendance.

When all was said and done the entourage then handed Irene Chepkoech- the policewoman- a voucher for a night of two at the After 40 hotel in the CBD. 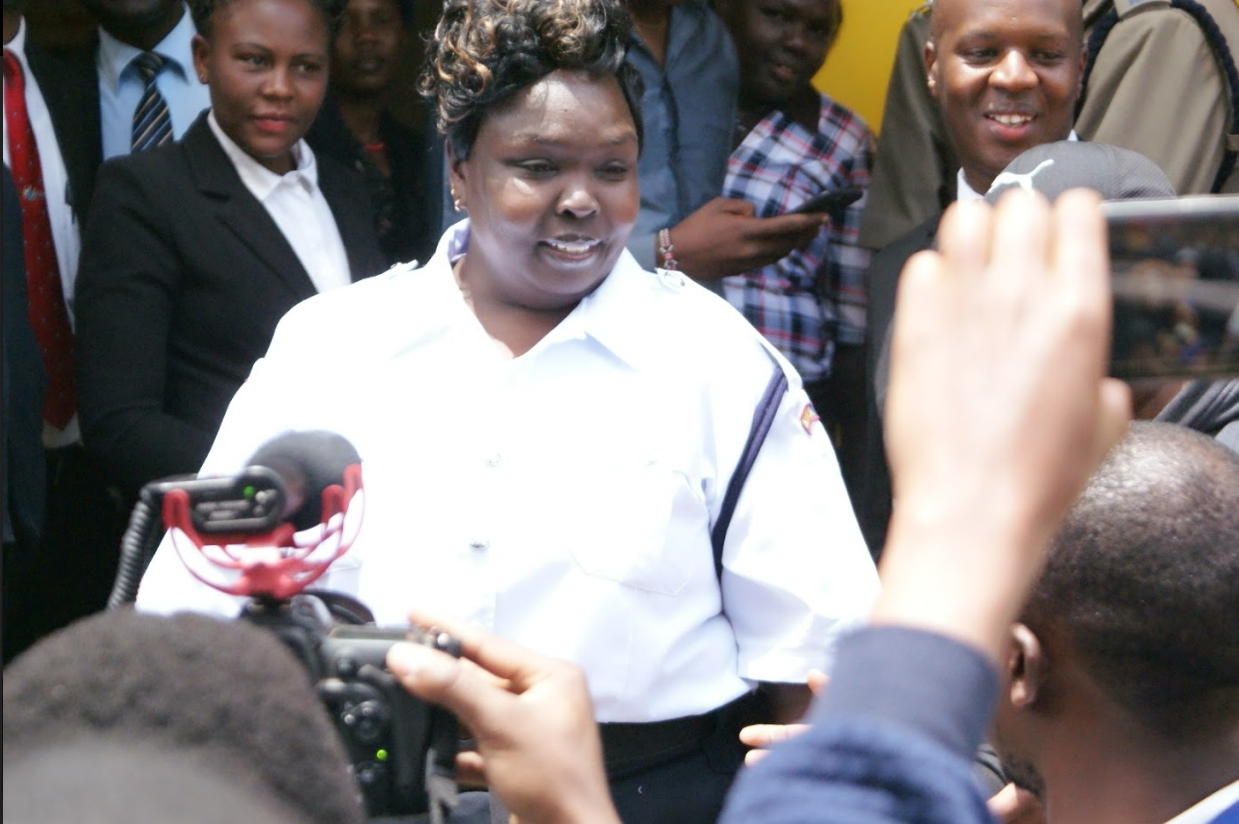 She was among hundreds others who had participated in a viral social media challenge started by the musician weeks ago.