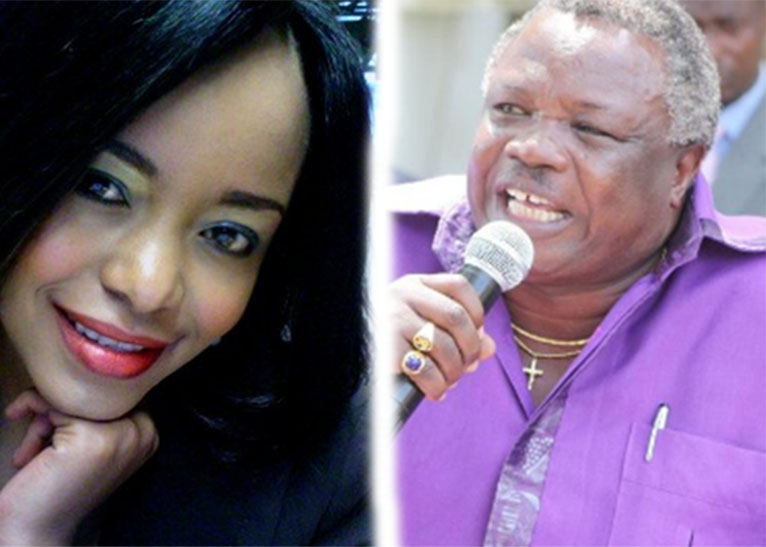 A simple “I watch you, and I am your fan” comment by COTU boss Francis Atwoli toward KTN presenter Sophia Wanuna was just enough to have Kenyans speculating that Atwoli could be interested in the TV star.

Atwoli was the guest on KTN’s Check Point last Sunday, when he made those remarks.

“I listen to you, Sophia. I am your fan in particular; you as Sophia. Let me tell you: I listen to you carefully,” Atwoli told the KTN host.

One Twitter user said: “This guy [Atwoli] knows how to execute his pick-up lines. Sophia, count yourself in [as his target].”

In mid last year, it emerged that Atwoli had married KTN’s Mary Kilobi.

The COTU boss would, in August 2018, confirm the rumours.

“She [Mary Kilobi] is my wife. She is my second wife, who is taking care of me,” Mr Atwoli told Jeff Koinange in an August interview.

“I met her 13 years ago, when she was on internship at the Uganda Broadcasting Corporation and I had gone on official duties in Uganda. She was 21-years-old at the time, and a student at the Makerere University,” said Mr Atwoli.

Mr Atwoli described Ms Kilobi as an “all-rounded woman” who is “very caring”.

The COTU chief, 70, also denied claims that he snatched Mary Kilobi, 34, from a Bungoma businessman, Jack Wanami Wamboka, who was claiming online that Mr Atwoli “broke my marriage”.

“Her [Ms Kilobi’s] parents said no one had paid bride price for their daughter. Before I marry a woman, I send emissaries to confirm if she is someone else’s wife. That process [of ascertaining Mary Kilobi’s marital status] was done; and I was given the green light to marry her after it was established that she was single at the time,” said Mr Atwoli.

Ms Kilobi, in the Nairobian interview, said she doesn’t care about the 35-year age gap between her and the COTU boss because she came to learn that “age shouldn’t be a determining factor when choosing to settle down with a man”.

The journalist said: “I love Atwoli. He is a caring man, who is always there for me. Given another chance, I will still fall in love with him.”