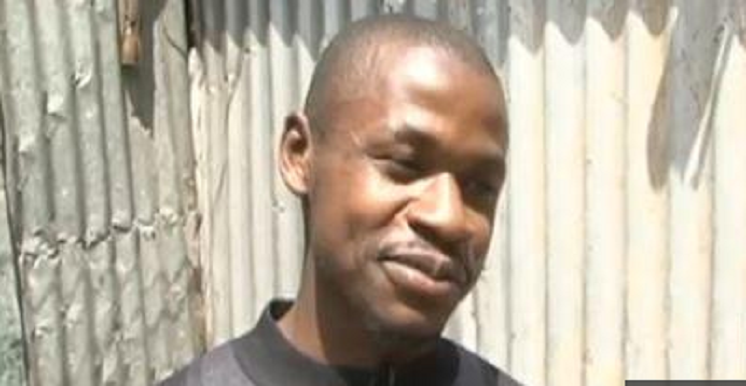 The story of Kevin Ochieng’ Obede, a top academic performer who ended up living on the streets, has sparked a hot discussion among Kenyans online.

Kevin scored straight A’s at Maranda High School before proceeding to the University of Nairobi where he did Actuarial Science and graduated with First Class honors.

But the 24-year-old, according to the feature story aired on Citizen TV on Sunday, ended up homeless and living in the streets of Nairobi for slightly over a year.

He is presently being hosted by his friend – Christopher Oloo, who rescued him from the streets – inside a tiny house in Kosovo, Mathare.

The boy’s fortunes have, since the feature aired, however changed as several corporate and private entities have reached out to him with enticing job offers.

This has brought up the conversation of unemployment in the country which has elicited mixed reactions from Kenyans on Twitter (KOT).

According to a large section of KOT, Kevin’s story is a mere reflection of what Kenyan graduates go through after passing through the system.

Many questioned who will come to the aid of the millions of other unemployed yet qualified graduates whose stories are not lucky enough to get the media’s attention.

Others however argued that graduates should never fully depend on employment after school and should instead develop an open entrepreneurial mind.

I have a First Class Honours too in BSc. Industrial Chemistry from K.U. 2016 Still looking for a real job. #FirstClassBetrayal

Who will air the other hundreds of thousands of Kevin's out there??#Firstclassbetrayal

We are many out here, we are living like satellites in space "the people that the world forgot about", isolated, rejected and left for survival. Someone send me n SOS n help, i can only envy kevin his story has reached the media.What of us?? 2years jobless n counting.

#FirstClassBetrayal All book-sense but no common sense. There are no deterministic forces in play. Mr. Ochieng is his own victim. Education is a tool. It’s like having a pen and paper, while claiming you cannot get someone else to get you to write. Think first class grad, THINK!

Yes he studied and passed, but the employer wants at least 3 years of experience in a similar position from a competitive company….. He also doesn't know anyone above as the society demands….. Spoiled society we are @KoinangeJeff @PurityMwambia #FirstClassBetrayal

Our education system is a fail, what is the point of studying hard in school hoping it will open bright doors then end up having no job. I wish the GOK could do something i.e if you get a curtain GPA there is a guarantee of job placement. it's then your choice to take it or not.