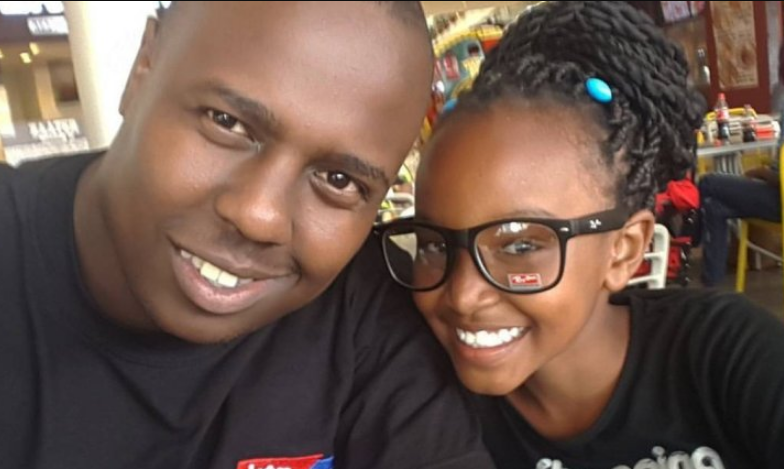 Kenyans on Twitter have heavily condemned and called for the arrest of Joe Mwangi for allegedly using and exploiting the talent of 14-year-old Kenyan gymnast Wendy Waeni.

Speaking on Citizen TV’s Jeff Koinange Live, Wendy accused Joe – her former manager – of using and exploiting her talent for his own personal benefit.

The emotional teen, in the Wednesday night interview, shocked the nation when she revealed that she has not received a single penny from her performances across the globe for the past five years.

“I’ve been performing all over the world, and right now I live in Huruma because of Joe Mwangi. I’ve performed in Rwanda, Germany, and China…and I’ve not got even a single penny. My mum is really suffering right now, she sells sweets, I live in Huruma in a single-room with her,” she said.

“People are telling me that I’m rude, that I’m a brat, that I post things on Instagram…which I don’t really know. I don’t have access to my social media accounts, it’s Joe Mwangi who controls them.”

In his responses however Joe – in a tweet to Duncan Ondimu, Principal Prosecution Counsel in the office of the DPP – implied that he would be seeking legal action.

Kenyans online have however continued to condemn his alleged actions, with a section of them even going ahead to call on the office of the Director of Criminal Investigations (DCI) to arrest him.

I believe @DCI_Kenya should arrest and investigate this criminal. How can he do all this evil to such a kid? He is worse than those stealing billions, he is stealing someone's life. @DPPS_KE

@ODPP_KE @DCI_Kenya please for the sake of this innocent kid and pursuant to powers vested in you please investigate this case and possibly put Joe mwangi to where he belongs.its sad to see this

Wendy Waeni is a child & I trust her word … Joe Mwangi used her & her social media accounts to enrich himself … Joe exploited her innocence to get access to Presidents & powerful men … Joe Mwangi should be charged with international crimes of Child Slavery & Trafficking.

The first thing Wendy Waeni should do in the morning is to record statement with the DCI. This Joe Mwangi fella should be made to answer for his uncouth behavior of exploiting and conning a young superstar.

One wonders what else he has done to Wendy and her family. #JKLive

Joe Mwangi used, abused and exploited Wendi Waeni. He even censored and stripped her from using her social media. I hope the charges for Crimes Against Children is clear in the constitution.

If you have been conned by a person pretending to help you please reply to this tweet with your case n evidence.We will forward all to @DCI_Kenya .Con men like Joe Mwangi must be brought to book! #JKLive #ArrestJoeMwangi

I felt something was amiss with that Wendy Waeni account. Kumbe it's Joe Mwangi who has been insulting Kenyans all this time and everyone thought it was Wendy! @DCI_Kenya and @ODPP_KE should move swiftly and arrest this thug! These are the type of people who exploit Youths.