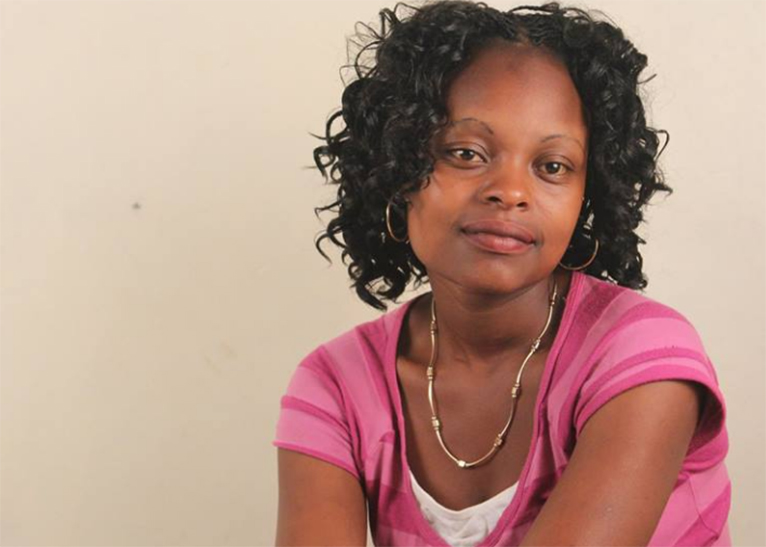 A family in Gaturi Village in South Imenti, Meru County is mourning the death of their 28-year-old daughter, who killed herself on Thursday shortly after posting suicide notes on social media.

Millicent Kithinji Mwiriki had taken to Facebook to seek forgiveness from her father and 3-year-old daughter, Makena, over the action she was about to take.

At 3:30pm, she wrote this Facebook status update meant for her daughter: “My love, I can’t find words that would form a perfect statement to express how much I love you. I have fought the battle, but it seems I am almost losing it. I only pray that God may give you guidance, love and comfort. Mum still loves you, and will always love you. Kindly, forgive me [for taking my own life].”

This message was preceded by another meant for her father.

“Dad, [I am] sorry, but I am not able to break the news [that I am about to commit suicide]. I hope you will [find it in your heart to] forgive me,” read Ms Mwiriki’s Facebook post at 3:20pm.

EDAILY understands that the mother-of-one took her life by hanging in her parents’ granary Thursday afternoon.

“Her father found her body hanging from a rope tied to the rafters of the storehouse in Gaturi Village,” a family member, who sought anonymity, told EDAILY.

From her posts on social media, Ms Mwiriki struggled to fend for her daughter, whom she evidently loved going by her rare though detailed Facebook updates.

In a March 3, 2019 Facebook post, Ms Mwiriki said: “I love you, [my daughter]. I struggle so much to provide for you. Although at the moment I do not have a job; and getting you things that you ask for is hard, but I’ll always promise to buy you. In a bid to look for money, I sometimes fall for conmen and fake adverts, who end up eating the small resources I would have used to provide for you. I ask God to give me sufficient grace to be able to love and provide for you. God gave me the best gift [in you] that I could ever ask for.”

Ms Mwiriki holds a Diploma in Purchasing and Supplies Management from Jomo Kenyatta University of Agriculture and Technology (JKUAT).

Below is a long message post she shared with Ms Mucheru, whom she briefly interacted with while studying at JKUAT:

“I know it is hard to get employment as a procurement officer, but if I can get jobs such as store clerk, receptionist, waitress, sales representative, and cashier at a supermarket or any shop, I think I would do my best. I have suffered a lot. For now, I am not choosing any job to do; so long as it would pay me.

“I was married and stayed together with the father of my daughter. I was working at the time and my baby daddy was running a [medical] clinic at Muthiga in Kinoo. Financially, I would say we were stable. When I gave birth, I lost my job. I, thereafter, remained at home as he went to work. However, it got to a point when his business began declining in terms of profits. It, therefore, became hard for him to sustain us. We moved from the one-bedroom house we were in to a bedsitter, given we couldn’t afford monthly rent for the previous house.

“Matters, nonetheless, worsened. I, thereafter, decided to take my girl to a day-care as I walked into offices in Nairobi CBD and Westlands in search of a job. In September 2017, my baby daddy returned to school to further his education in a bid to increase chances of improving his income. I decided to go back to my rural place.

“A better part of 2018, I stayed with my parents in the rural setting doing casual work in tea plantations.

“I moved out [of my parents’ place] because my dad often came home drunk and embarked on lecturing me. If you can get me a place where I can work and fend for my daughter, I would appreciate.”

EDAILY was informed by Ms Mwiriki’s kinsperson that her baby daddy had promised to reunite with her after completing his medical studies at the Kenya Medical Training College (KMTC) in Nakuru County.

The reunion, however, did not materealise.

“The man completely cut off communication with her after graduating in December 2018. That could have catalysed our relative’s frustrations,” the informant told EDAILY.

On Thursday, March 21, she killed herself shortly after sending brief warnings on Facebook, leaving her followers in deep shock.

At 1pm Thursday, Ms Mwiriki had written a prayer on Facebook, which suggested she was in distress.

“Heavenly father, guide and lead me through every trial I face today and every day. Supply me with everything I need to stand tall in the battles of life.  Control my mind and strengthen my heart so that I can have the confidence to tackle every issue that comes my way… Victory is near; and I pray that the trials I face will bring me closer to you. I won’t give up in Jesus’ name, Amen.”

Ms Mwiriki’s Facebook friend going by the name Kasungwa said in a post Friday: “We talked a lot this week. The last time I spoke to you [Ms Mwiriki], was yesterday morning [Thursday, March 21]. You told me you would be strong, especially for Makena. You promised to fight and raise her up. Why did you lose the battle?”

Ms Mwiriki’s family says funeral plans are underway and are appealing to well-wishers to help them raise the deceased’s daughter, given their humble background.

Ms Mwiriki was the second born in a family of four [two sisters and two brothers].