Former Ebru TV fashionista and News Anchor Doreen Gatwiri has accused her husband and Mwingi Central MP of battering her.

Gatwiri alleged that she was locked inside a bedroom and battered on the night of Monday, February 26.

In a series of Tweets, Doreen claims that her husband, Gideon Mulyungi hit her on the back of her head making her left ear go numb.

“My life is in danger. This evening at about 9.50pm my husband MWINGI CENTRAL MEMBER OF PARLIAMENT GIDEON MULYUNGI assaulted me at our Karen Home,” Doreen wrote in part.

She shared a snippet on the OB she filed at the Hardy Police station a stone-throw away from her matrimonial home.

“I managed to report the matter at Hardy Police Station. I fear for my life because he always threatened me that I really don’t know who he is. This assault is not the first or second time. I did it to protect my home and his anger condition,” Gatwiri wrote.

A medical report from the Avenue Hospital also shows that the TV girl got treated for a bruise at the Casualty Department following the incidence. 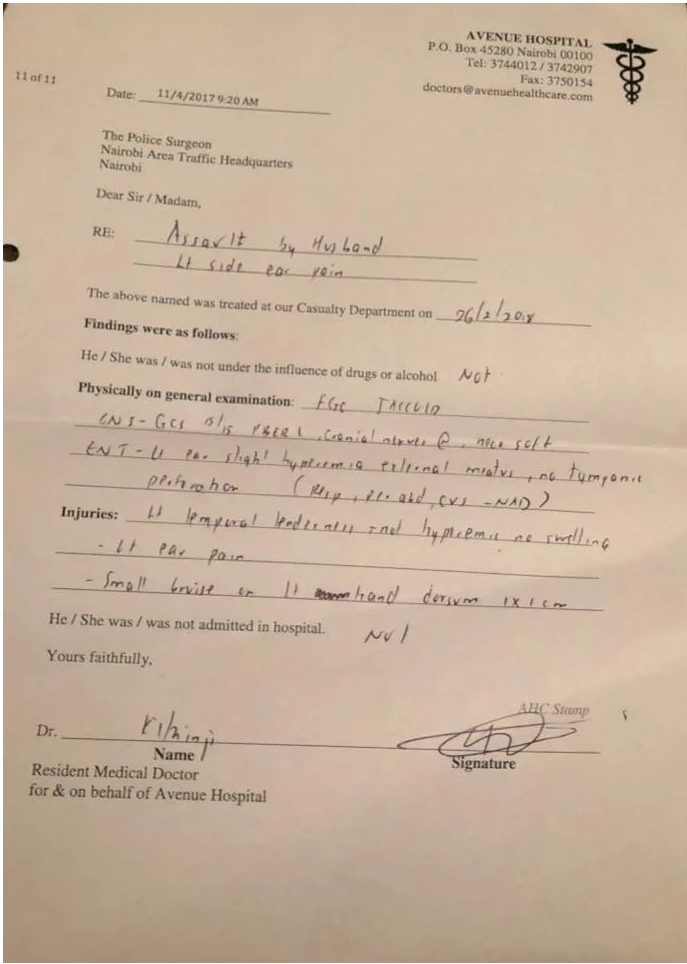 A medical report from the Avenue Hospital where the TV girl was treated following the incidence. Photo: Doreen Gatwiri/Twitter

The girl has since moved out of her matrimonial home to a safe house in Kileleshwa where she has pleaded with Kenyans to help her. 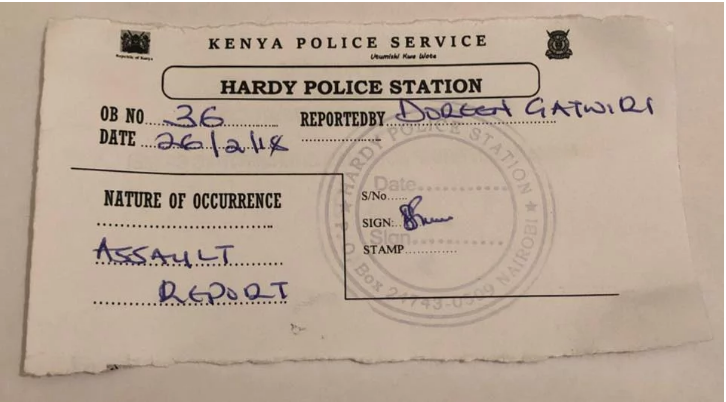 A snippet of the OB at the Hardy Police station in Karen where Doreen reported the matter. Photo: Doreen Gatwiri/ Twitter

Last year, Doreen was on the limelight flaunting her swanky village home in Mwingi alleged to have cost KSh 700 million to build. 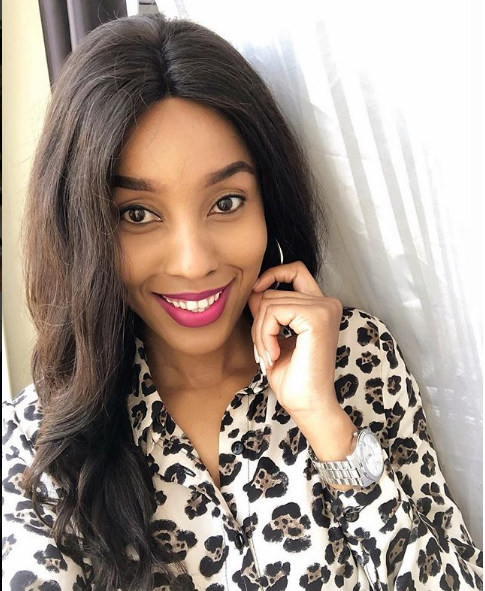 Gatwiri is a former Miss Catholic University of East Africa winner who later rose to become a Prime Time News Anchor at the Shinyalu-owned Ebru TV.

A trip to her social media is a journey into sartorial elegance, fine dining and endless travel to World’s most exotic destinations.