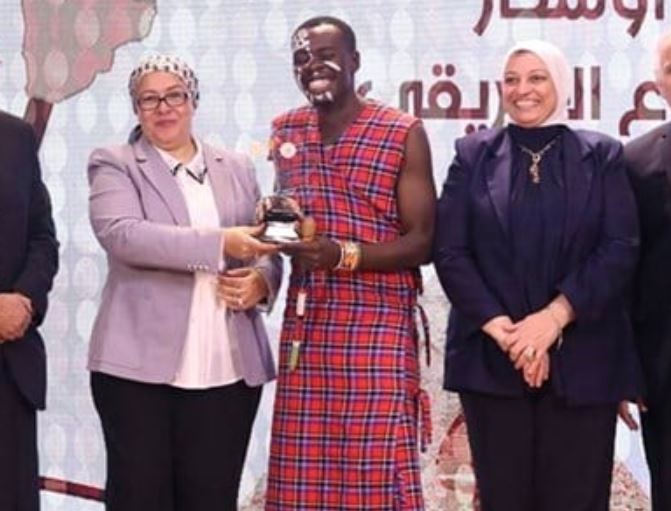 G-cho Pevu beat scores of other contestants from various countries to scoop the award at an event held in Egypt on September 10, 2019.

His story of grass-to-grace has inspired many in the country since prior to attending the event, G-cho Pevu reportedly confessed to his close friends that he did not even have money to pay for the air ticket to Egypt.

Despite getting his visa to travel, he was not able to raise enough funds from a fundraiser that was later set up online.

His wife, according to one of his friends named Rhona Kelele, hence took to Facebook saying they would refund everyone who contributed to the fundraiser since it did not raise the required amount.

However, added Kelele, a well-wisher later took it upon themselves and paid G-cho Pevu’s ticket to Egypt where he has now emerged victorious despite all odds.

He is known as G-cho Pevu Poet. A few weeks ago he was invited to Represent +254, Kenya in a Festival in Egypt. He did…