Kenyan gospel singer, Nexxie says that he has received an offer to join the highly mysterious Illuminati.

And he had proof to back it up; a series of screenshots in which the cult- or wannabe occultists tried to recruit him. 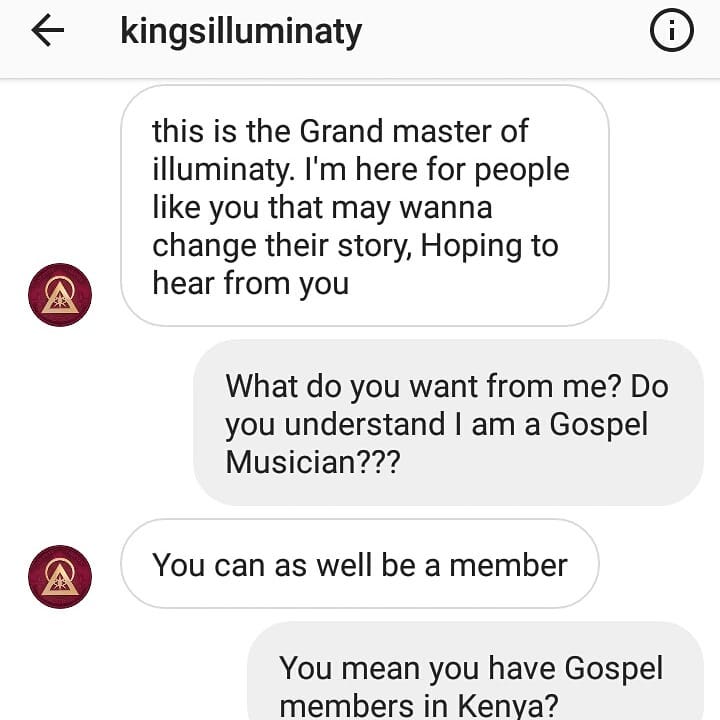 A screenshot in which Nexxie says that the Illuminati tried to recruit him. Photo: Nexxie/Facebook

Lets backtrack a little bit so that we are all in the same page.

Nexxie became the talk of town last month after he exposed Crossover 101’s DJ Mo. He claimed how the DJ had asked him for a KSh 20,000 bribe in order to play his song. 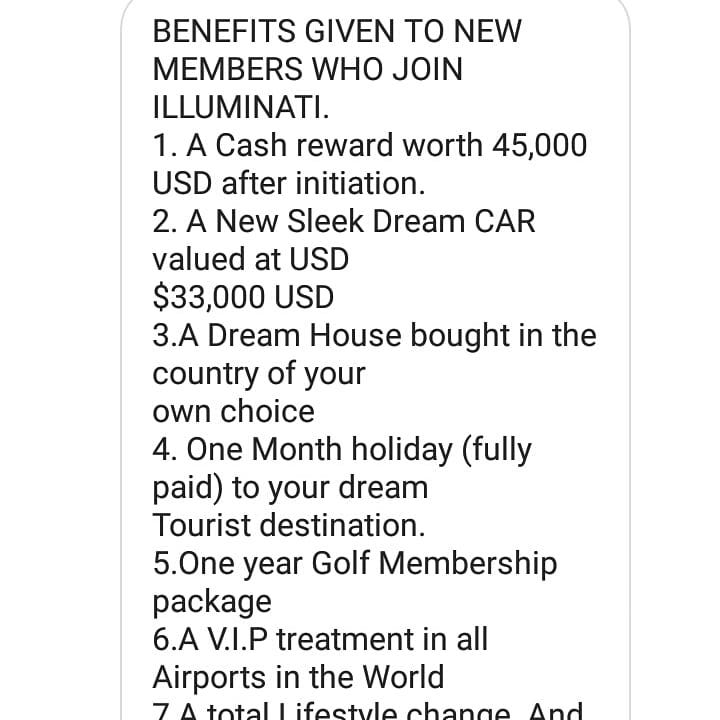 The perks of joining the cult as per what the singer shared. Photo: Nexxie/Instagram

So ,on the backdrop of that expose, there was a lot of heat and talk on how upcoming singers get trampled on, used and milked by the veterans.

And now it seems that his woes are far from over.

Nexxie claims that a Kingsilluminaty has promised him a brand new car of his choosing, VIP treatment at all airports and a neo-modern house of his liking. 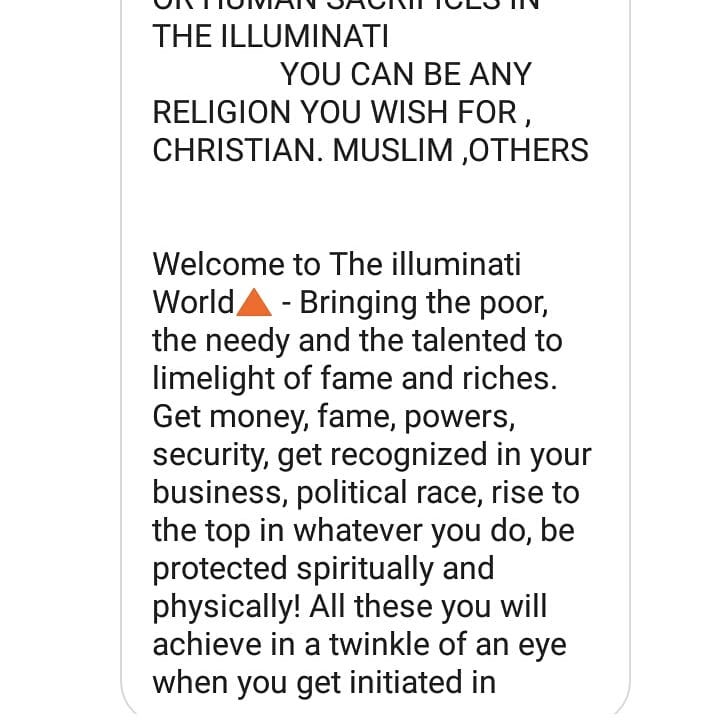 This is in addition to a cash reward of USD 45,000 which translates to around KSh4.7 million shillings and a total lifestyle change.

In his expose, Nexxie says that he turned down the offer, preferring to wait for his God:

“I will wait upon God’s promises in my life just like Abraham waited faithfully,” Nexxie wrote.