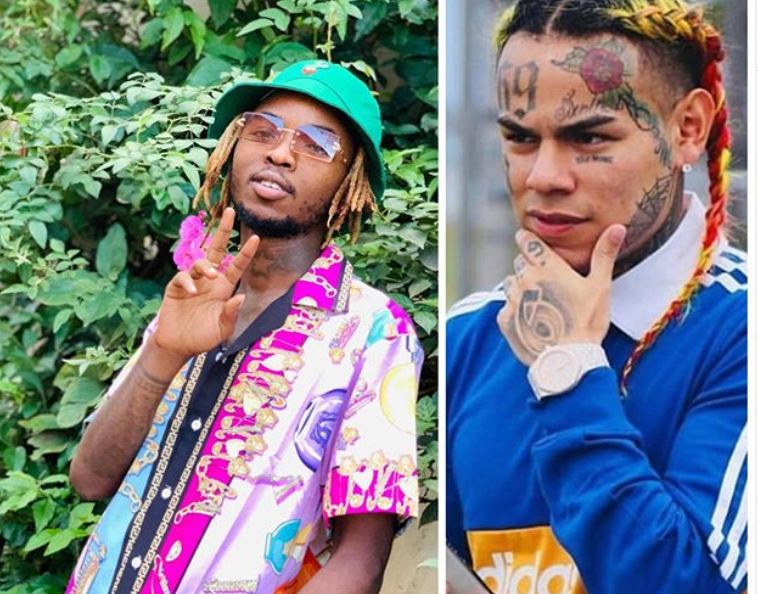 Enga who is arguably one of Kenya’s most sought -after music producers alleged that the Gooba hitmaker had sampled his beat in his new popular jam ‘Gooba’ .

In the aftermath, Youtube took down Gooba which has over 270M views on its platform saying the music video was subject to a copyright claim.

The video was offline for a couple of hours.

While this was happening. Enga took to Instagram to shade the American rapper and threatened to have the video deleted,  forever.

The world took a fascination with the news that Gooba had been taken offline after a copyright claim with scores of tabloids jumping on the news.

On Sunday evening, hours after, the song was back live with Enga claiming he had forgiven Tekashi after a ‘stern warning’

It is not clear whether the song was cleared because Enga forgave the rapper or because the rapper filed for a counter-claim with Youtube.

While setting the record  straight on the matter, Enga claimed that the song  used a sample kit that the had uploaded online six years ago.

Tekashi who appeared unbothered took to Instagram to gloat after the video was cleared saying ” LMAOOOO, I know ya dead mad right now”.

The Kenyan producer, in rebuttal, threatened to delete the song- but didn’t, and claimed that Tekashi’s team had reached out to him with payment for the sampled beat.

And on Monday, Enga took to social media saying he plans to use the money he received from Tekashi’s team to buy needy Kenyans some lunch.

This is not the first time that Magix Enga has been on the limelight.

In 2019, he was on the news after he filed a copyright claim to Harmonize’s “Uno” which was banging at the time.

The song was back on Youtube hours later, with the producer who appears to be “oddly forgiving” saying he had forgiven the Tanzanian crooner.