A potential Nairobi employer sent internet into teary laughter Wednesday morning after he advertised a vacancy for 50 security officers on Daily Nation, stating categorically on the requirements that the job applicant must have attained grade D+ (Plus) in KCSE – and not just any other Education Cabinet Secretary era D+ but Dr Fred Matiangi’s.

The advertisement on Page 44 of Wednesday, February 1 Daily Nation edition stated that the interviews for successful candidates will be held on February 15.

The advertisement comes at a time when sections perceive a KCSE grade of D+ scored by a candidate during Education CS Matiangi’s era to be more honest, ‘stronger’ and representative of a then-student’s hard work compared to grades scored in national tests during the era of preceding cabinet secretaries in the education docket – where quotas believe there was rampant cheating in the previous KCSE experiences.

Dr Fred Matiang’i was hailed by sections of Kenyans for ensuring credible KCSE exams were held across the country in 2016, which saw the country produce only 141 As, down from 2, 636 the previous year. 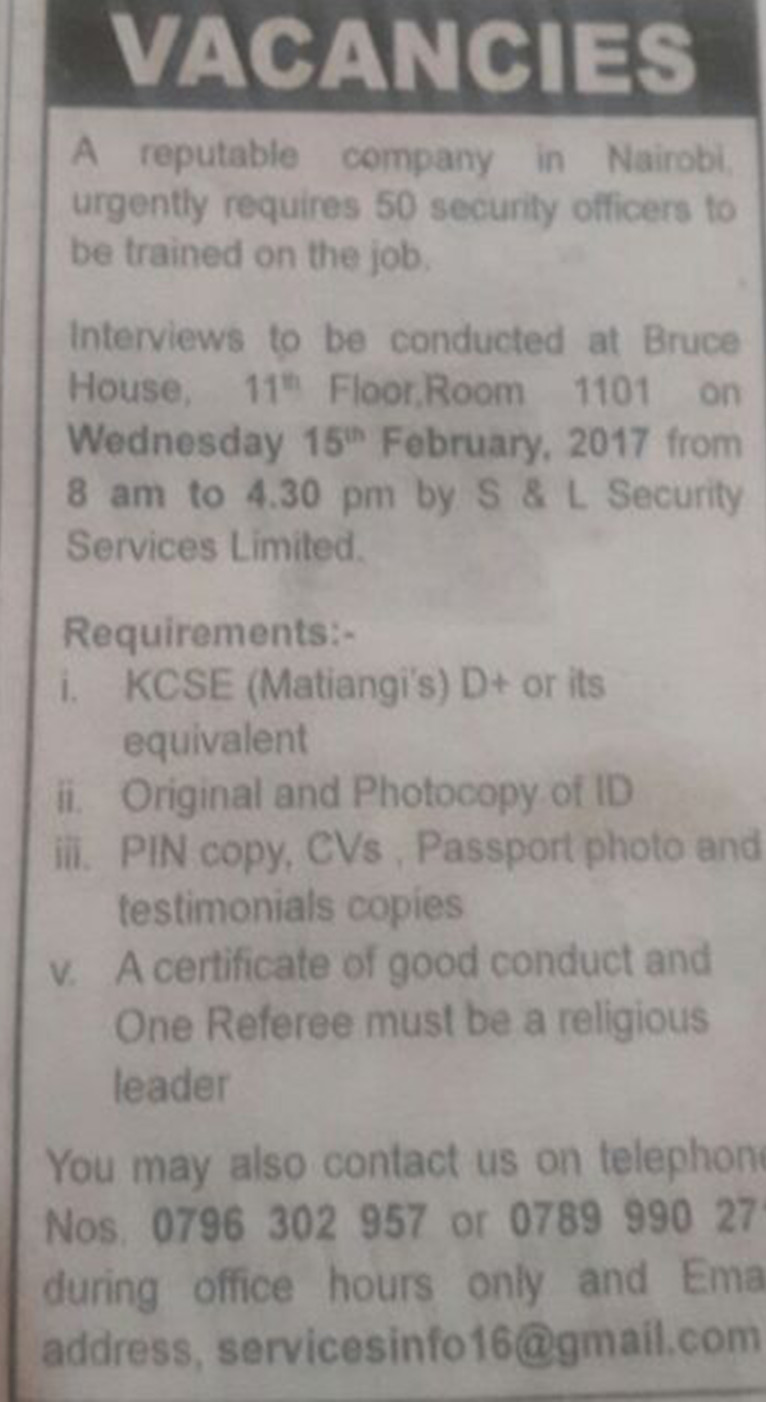