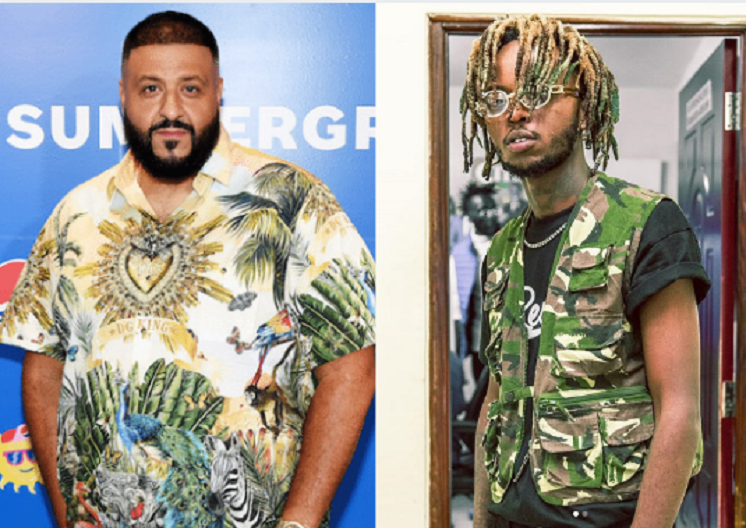 Popular Kenyan producer Magix Enga has sent social media into a frenzy after leaking an alleged conversation with American producer and record executive DJ Khaled hinting at a possible collaboration.

The ‘Dundaing’ hit-maker has taken to social media in recent times to share screenshots of the alleged conversation from his Instagram DM.

In one of them, DJ Khaled reportedly tells him: “We love some good sounds, we appreciate good music. #WeTheBestMusic proudly supports international acts. We would be glad to contribute/support/collaborate in future projects. Keep in touch…”

“Me and my team would be glad to work with you. Further communications will be made soonest,” reads Magix Enga’s response on the screenshot from 4 days ago.

The producer then took back to Instagram on Tuesday to post a photo of himself besides one of DJ Khaled, which he captioned: “Confirmed.”

The post has since elicited a lot of reactions from Kenyans online, with even a large number of celebrities congratulating him on the alleged move.

Magix Enga recently celebrated his birthday by launching a new state-of-the-art studio in a function that was attended by the who-is-who of the music world.

He has worked with a host of names in the Kenyan music scene including King Kaka, comedian DJ Shiti, Otile Brown, Khaligraph Jones, Naiboi, Kristoff, Timmy T Dat among others.

It’s time we upgrade this game. Magix music going worldwide so we on table with the kingmakers. Making moves ain’t a thing anymore coz we making big leaps and steps. Fans show support and that’s all that counts. 🇺🇸🇰🇪🍾 🙏 cc @djkhaled