Kenneth Aketch Olouch, popularly known as Kenrazy, describes his music as ‘Ghipuka’ which means the art of diversity.

Kenrazy who grew up in Nairobi’s Jericho estate, developed interest in music while a student at St. Mary’s School Yala in Siaya County.

He always wished he could get a considerable audience to listen to his music – and that is when he built his movement (Ghipuka).

He started his music career in 2007 after he earned a recording deal with Jomino Entertainment.

Since then the Kenyan rapper has won several awards after releasing his hit single ‘Tichi’, which was played by several radio stations across the country.

He thereafter started working with new artistes who were up and coming and did a couple of collaborations with them.

Kenrazy then decided to work with Grandpa Records, which was then an upcoming production house owned by producer Kenny Rush.

Kenrazy has gone ahead to work and help other production houses such as Pacho entertainment and Mandugu Digital.

Controversies came up and it was rumored that Kenrazy and Visita (fellow artist at grandpa records) had fallen out after his (Kenrazy’s) contract at Grandpa Records expired. Kenrazy also launched his new music video with Avril dubbed ‘Zile vitu’.

Kenrazy shares much about his perceived beef with Visita, upcoming solo projects and his message to local promoters and deejays in Kenya.

Watch the full interview below: 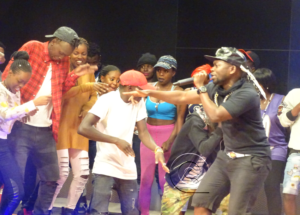 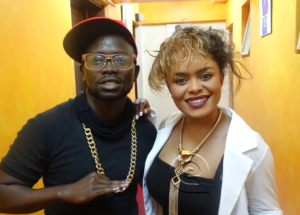