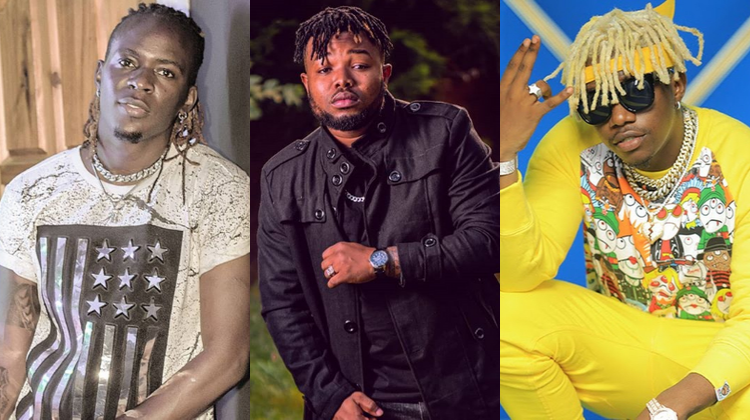 Kenyan singer Kelechi Africana has accused Willy Paul and Bongo crooner Rayvanny of stealing the original concept of the heavily contested ‘Chuchuma’ song from him.

This comes on the backdrop of controversy over who was the brainchild of the song after Willy Paul, on September 11, released his version of ‘Chuchuma’ before Rayvanny then released his – albeit dubbed ‘Chuchumaa’ – on October 5.

However, according to Kelechi, none of the two regional superstars are the owners of the songs…he is!

Speaking on Radio Citizen’s Mambo Mseto show on phone, Kelechi stated that the song was first conceptualized at his studios.

Kelechi further added that, after recording the song, he uploaded a bit of it on his WhatsApp status and suspects the two artists ‘stole’ it from there.

He also stated that he will, nevertheless, still release his own version of ‘Chuchuma’ sometime early next month.

Willy Paul and Rayvanny have been embroiled in a bitter exchange of words over the song, with each trading tirades to the other on their versions of the track.