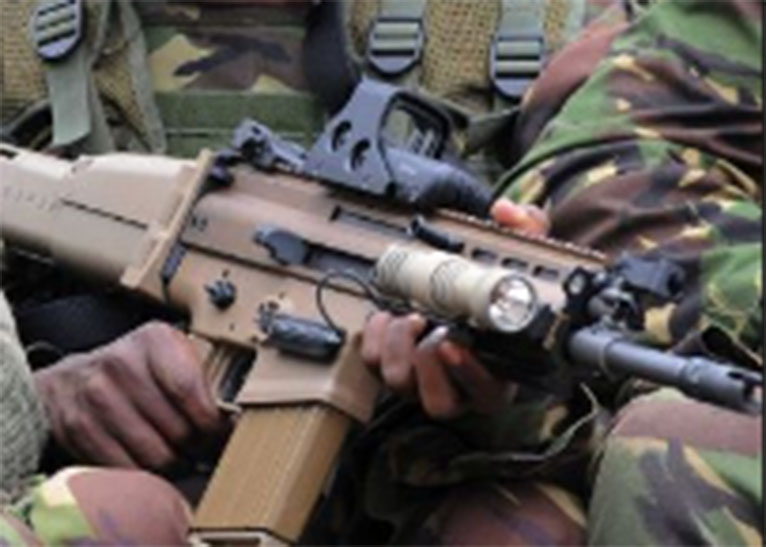 A Kenya Defence Forces soldier in Eldoret fired 30 bullets into his step-mother’s body shortly after overpowering his girlfriend, who attempted to prevent him from killing the helpless woman on Tuesday dawn, EDAILY has learnt.

The 32-year-old KDF man, Haron Tiony, first shot dead his girlfriend, an army officer, and then stormed into his step-mum’s house and shot her dead, and, thereafter, went to his uncle’s room and fatally fired at him before eventually turning the gun on himself.

EDAILY understands that Tiony returned from a peace-keeping mission in Somalia two days ago.

According to neighbours, Tiony drank alcohol Monday night through early Tuesday before going home, where he woke up his girlfriend and asked her to accompany him to his step-mother’s house.

“From the information we have, he wanted to talk to his step-mother over an issue we are yet to know,” said a neighbour.

The two – Tiony and his girlfriend – went to Tiony’s step-mum’s house, but upon knocking, the middle-aged woman declined to open the door.

His girlfriend tried to restrain him, but he overpowered her and, thereafter, shot her dead.

Tiony then broke down the door of his step-mum’s house, confronted her before pumping at least 30 bullets into her body, killing her on the spot.

Tiony, thereafter, went and knocked on the door of his uncle’s house. He then fatally shot the old man in the head as he opened the door.

Upon killing his uncle, he turned the gun on himself and fatally fired a bullet into his head.

According to Bitok, Tiony was a quiet man, who rarely got into fights with people.

The four bodies were taken to an Eldoret hospital morgue.