Legendary Ugandan singer Jose Chameleone has been accused of conning a Tanzanian producer of $50, 000 (KSh5.2 million).

The producer namely P Funk says Chameleone received money from American mass media and entertainment conglomerate Walt Disney, which had paid to use a beat created by P Funk. 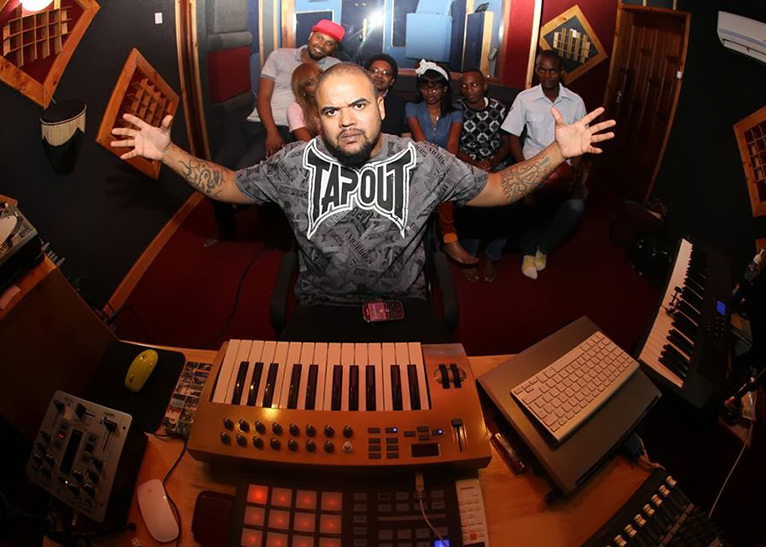 Walt Disney allegedly paid Chameleone the amount of money after he presented himself as the original composer and producer of the beats of the hit track Nikusaidiaje sang by Tanzanian rapper Professor Jay and Ferooz.

Walt Disney used beats of the song Nikusaidiaje, later remixed by Jose Chameleone in his song Bomboclat, in the film Queen of Katwe, which was produced by the production company in June 2015.

P Funk says Jose Chameleone has never been a good man, especially to him.

He accuses the Wale Wale hitmaker of stealing his beats, for the song Nikusaidiaje, and used it in his song, which he titled Bomboclat.

“A long time ago, we used to produce music beats separately from the A capella and we would store the two in compact discs (CDs). So, Chameleone stole the beat and inserted his A capella for the song Bomboclat. He had not sought verbal or written permission from me. I confronted him and he promised to pay me KSh2, 000 (KSh208, 000). Until today, the guy has not honoured his promise,” P Funk told Tanzania’s Risasi Newspaper.

“As if that wasn’t enough, Chameleone went ahead to sell the beats of the song – which he had stolen from me –, to Walt Disney. When I confronted him again, he became elusive – just like he did before.

“When I realised the singer was taking me for a ride, I presented my complaint to Copyright Society of Tanzania (COSOTA), who wrote a formal letter to a body governing individuals’ creative works in Uganda. The Ugandan copyright body did not respond.”

When his efforts to solve the differences locally were proving futile, P Funk says he resorted to engage the services of his legal team, who wrote an official complaint letter and addressed it to Walt Disney legal officers.

Chameleone was reached for comment regarding the issue but he did not respond, says Risasi Newspaper.

An independent search by eDaily reveals the film used Bomboclat beats – and attributes the composer of the song – and beats – as Jose Chameleone.

Queen of Katwe is a 2016 American biographical sports drama film directed by Mira Nair and written by William Wheeler. Starring David Oyelowo, Lupita Nyong’o, and Madina Nalwanga, the film depicts the life of Phiona Mutesi, a Ugandan girl living in a slum in Katwe who learns to play chess and becomes a Woman Candidate Master after her performances at World Chess Olympiads.

Adapted from an ESPN magazine article and book by Tim Crothers, the film was produced by Walt Disney Pictures and ESPN Films.

Queen of Katwe was screened at the 2016 Toronto International Film Festival. The film had a limited release in the United States on September 23, 2016, before a general theatrical release on September 30.

The film was shot entirely in Africa, in the slums of Katwe in Kampala, Uganda and in Johannesburg, South Africa.