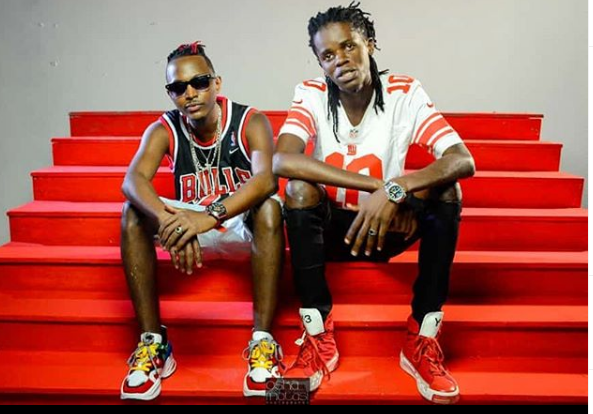 Gospel ragga/dancehall singer JFam has now come out to address reports that he was ‘cut out’ of a recent song in which he had been featured by Hopekid.

This comes after Hopekid, in an interview with Radio Citizen’s Mambo Mseto, said he decided to remove JFam from the song as he felt his verse was not perfect enough.

[“I listened to J Fam’s lines and was not pleased, I listened to it and said he’s a joker, that is why I edited him out.“]

However, speaking to EDAILY on Tuesday, JFam dismissed such claims saying he opted to step away from the project since he felt it was not his style of music.

He further expressed dismay at Hopekid’s remarks about removing him from the project saying they were disrespectful since he wrote the song.

“I wrote the song for him, but I felt it was not my style of music so I let him do the whole song by himself,” he said.

“It’s sad when someone talks like that on air, I’ve actually written a couple of songs for Hopekid, since 2016 till now I’ve helped him a lot.”

The song in contention, ‘Control me’, which was released 5 days ago by Hopekid has since generated 6000 views on YouTube.