As part of its Global Fusion Edition, Coke Studio Africa 2017 this year selected Jason Derulo as the international artist. Jason will be spending time with other artistes drawn from the African states to make music for the show.

Jason Derulo, is one of the biggest RnB and Pop acts. His dancing is  out of this world, so is his voice. The Swalla hitmaker has sold over 50 million singles and has a total of 11 platinum singles to his name. Among other songs for which he is famous are Wiggle, Talk Dirty to Me, Don’t Want to Go Home and Whatcha Say.

Speaking at a press briefing held at the Sarova Stanley Hotel on Monday, June 12, African stars slated to perform  in the show expressed joy at the chance to work with the popular singer.

“I have always wanted to be on Coke studio, I even thought I was not being selected because of the dreadlocks,” said a laughing Bebe Cool, one of Uganda’s top artistes. Yalz of Nigeria expressed the same sentiments, saying that he was glad to work with Jason, someone who he would have otherwise needed colossal amounts of money to work with.

Other artists present at the briefing were Dela, South Africa’s Shekhinah, Ghana’s Joel B, Tanzania’s Rayvanny, Jay Prayzah (Zimbabwe), Locko (Cameroon), Mr Bow (Mozambique), Betty G (Ethiopia) and Denise (Madagascar). Producer and celebrity DJ Masterkraft and Maphorisa were also present and will be working with the team to make what they referred to as ‘crazy music’.

Coke Studio’s Monali Shah, said that this year’s edition of Coke Studio Africa had been merged with Coke Studio South Africa to create one big show.

“Coke Studio’s purposes to put Africa’s music out there and create a platform on which African musicians can work with international artistes and learn from the shared experience.”  They went on to say that the selected artists were arrived at using a popularity poll, this was why the same artists featured in the show more than once while others did not. This was guided by the viewer-centric nature of the television show.

A visibly happy Derulo said he was happy to be in Nairobi, and that in the short time that he had been here, he had come to understand that there was much that the Americans did not know and understand about African music. He was glad to explore the music with other African artistes.

Below are some pictures taken at the event. 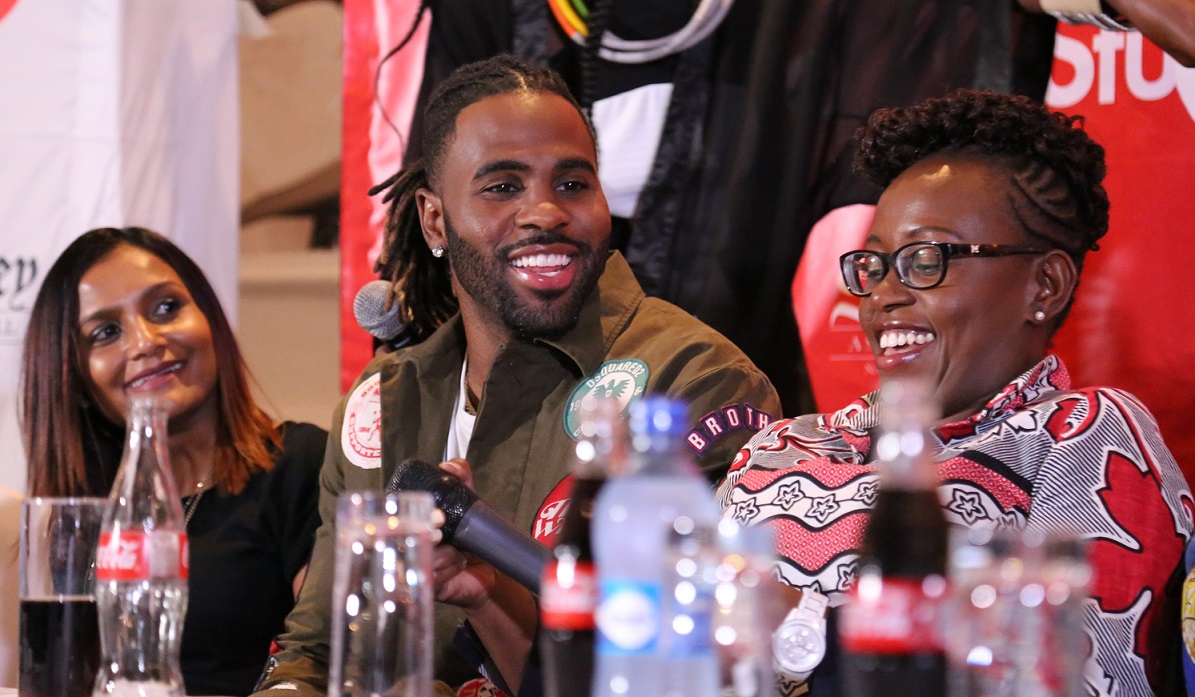 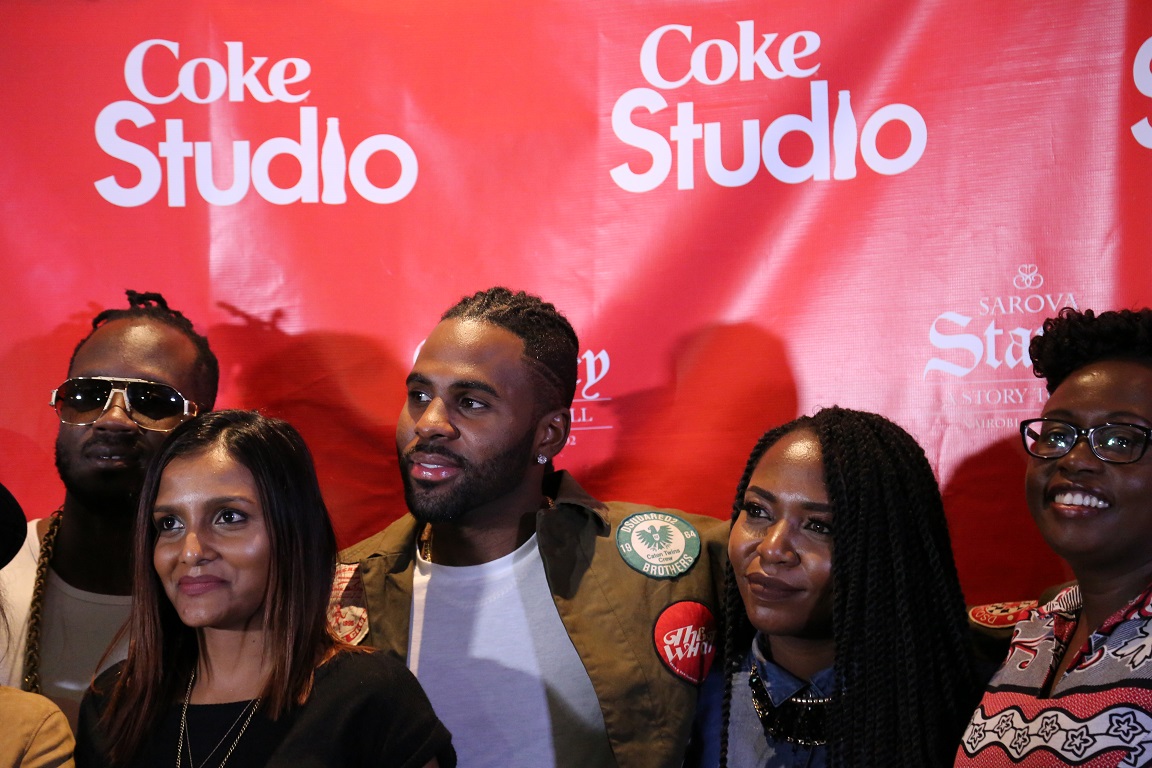 The team poses for  a photo 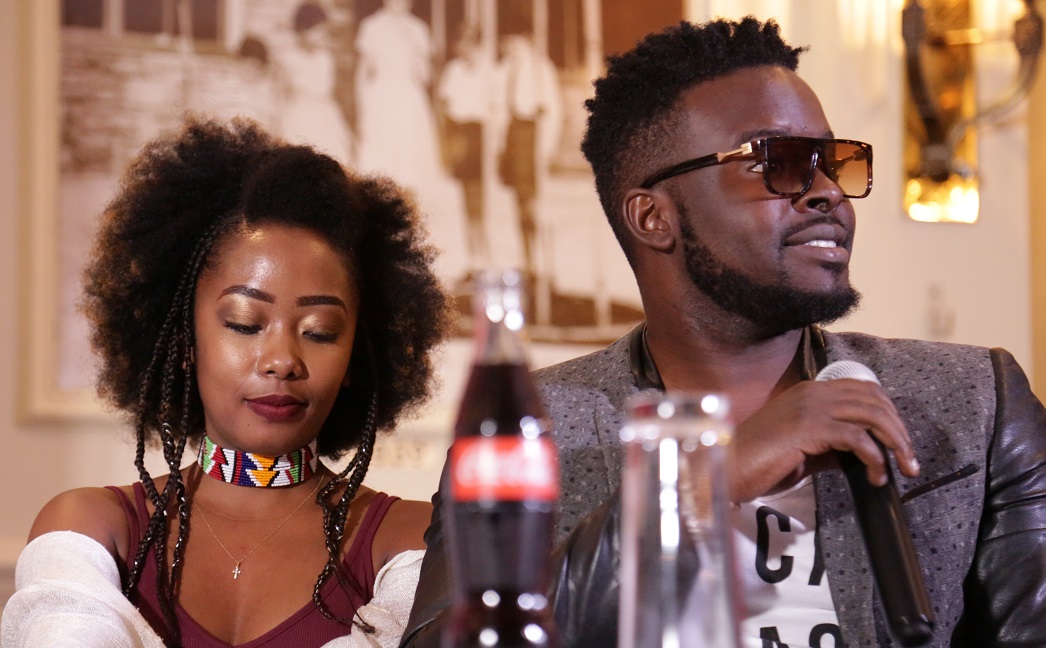 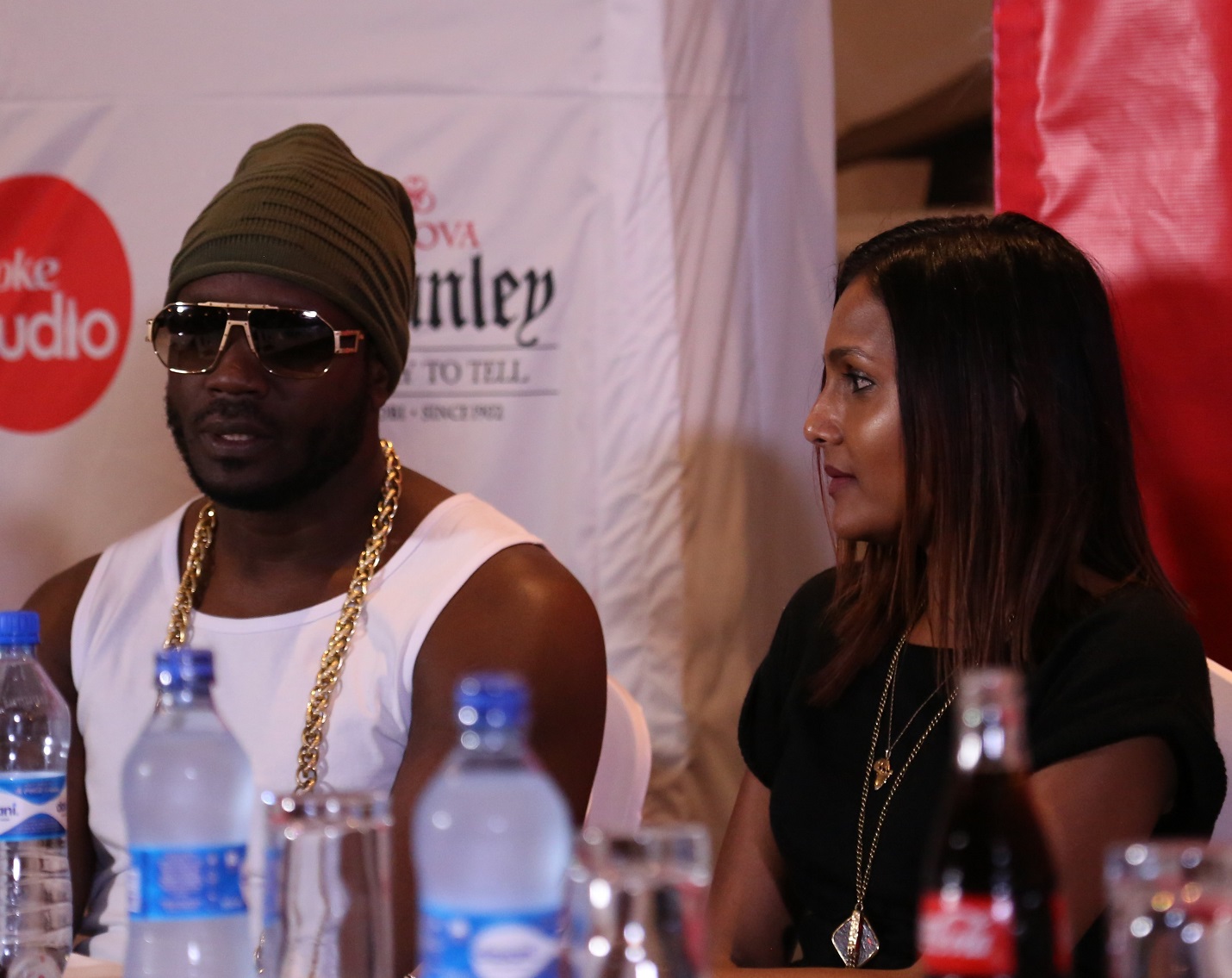 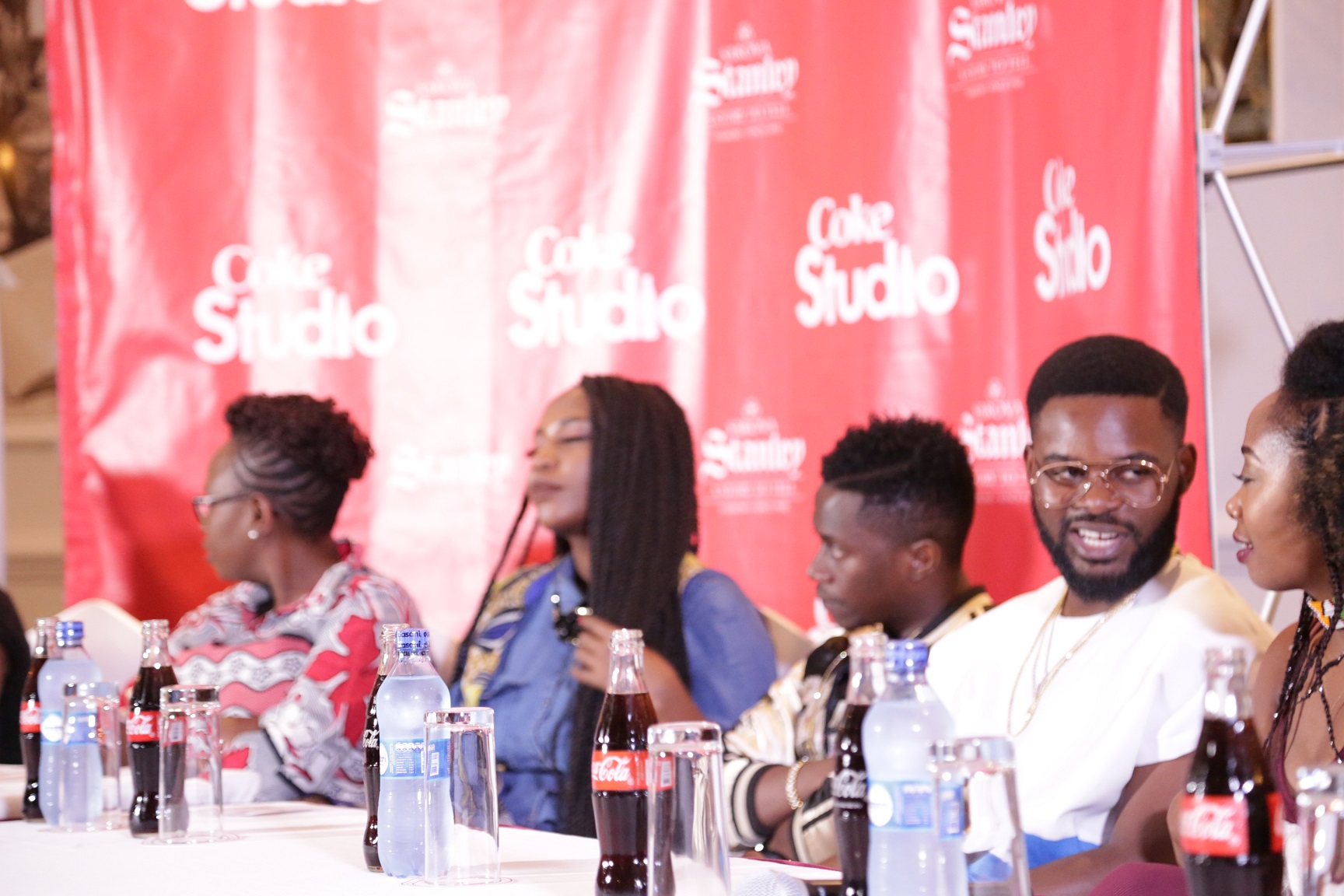 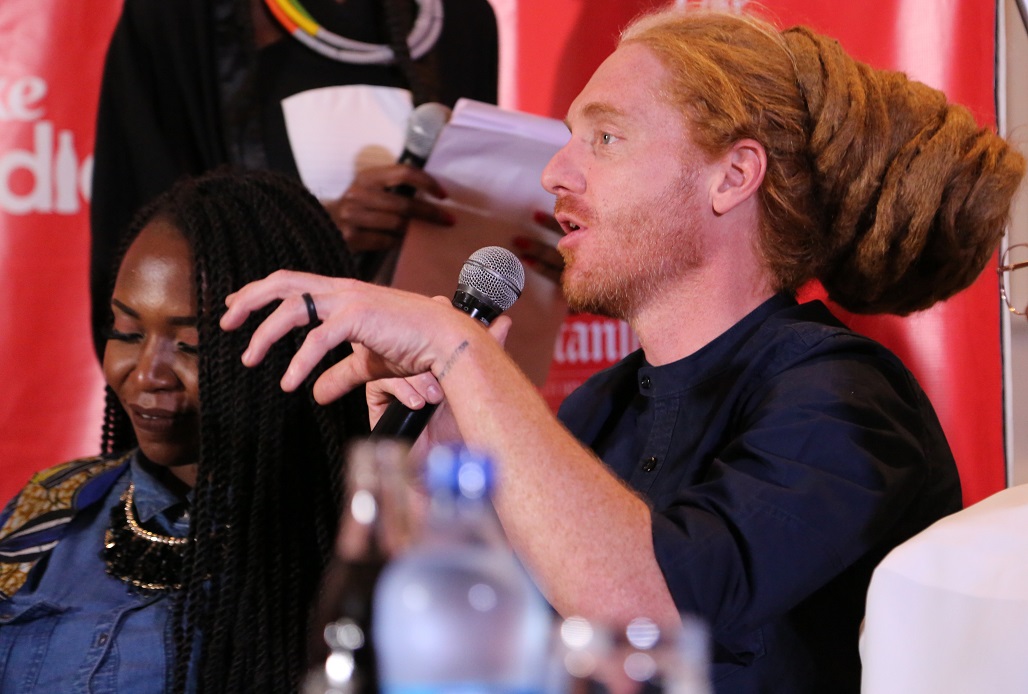 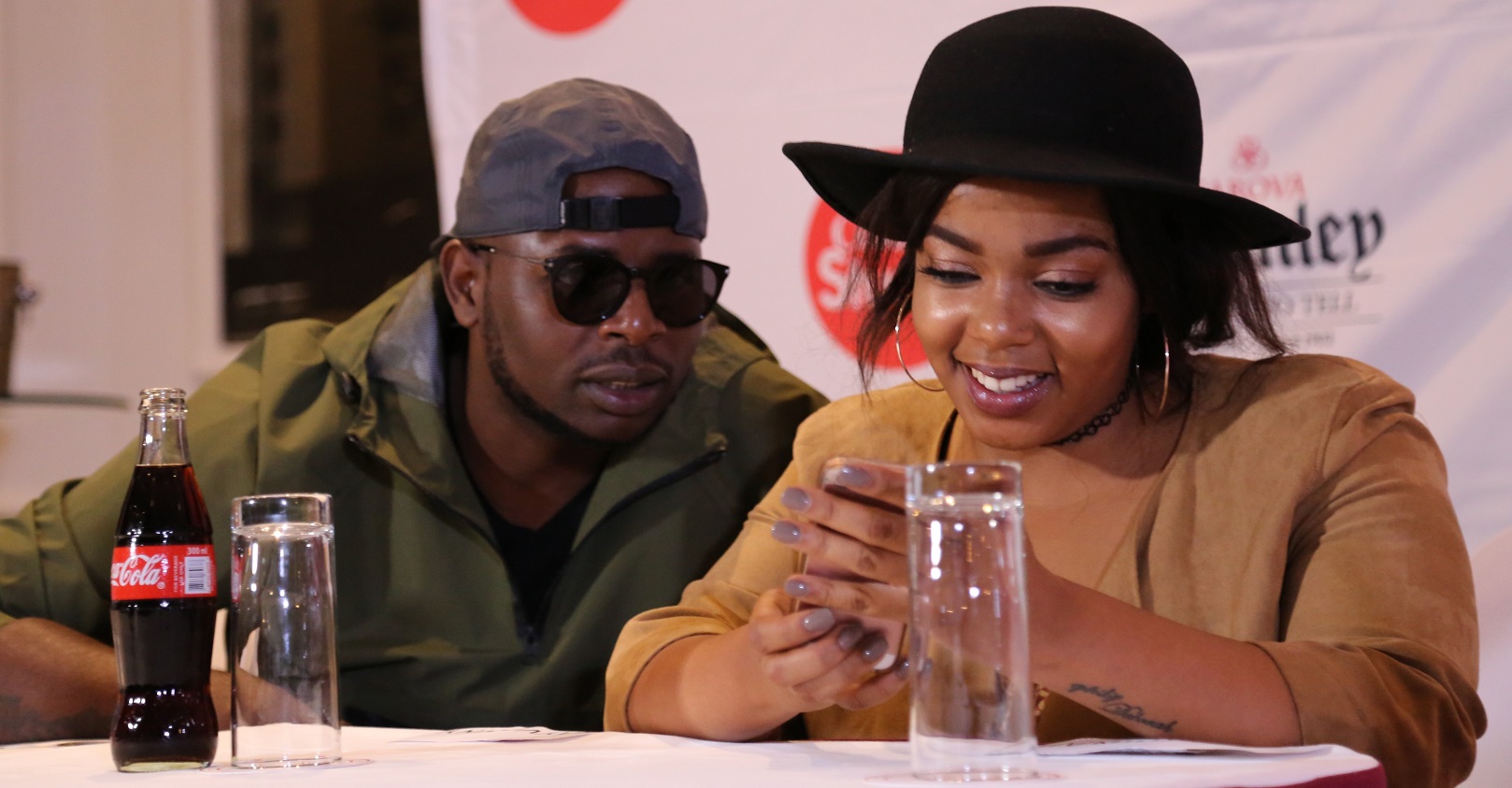 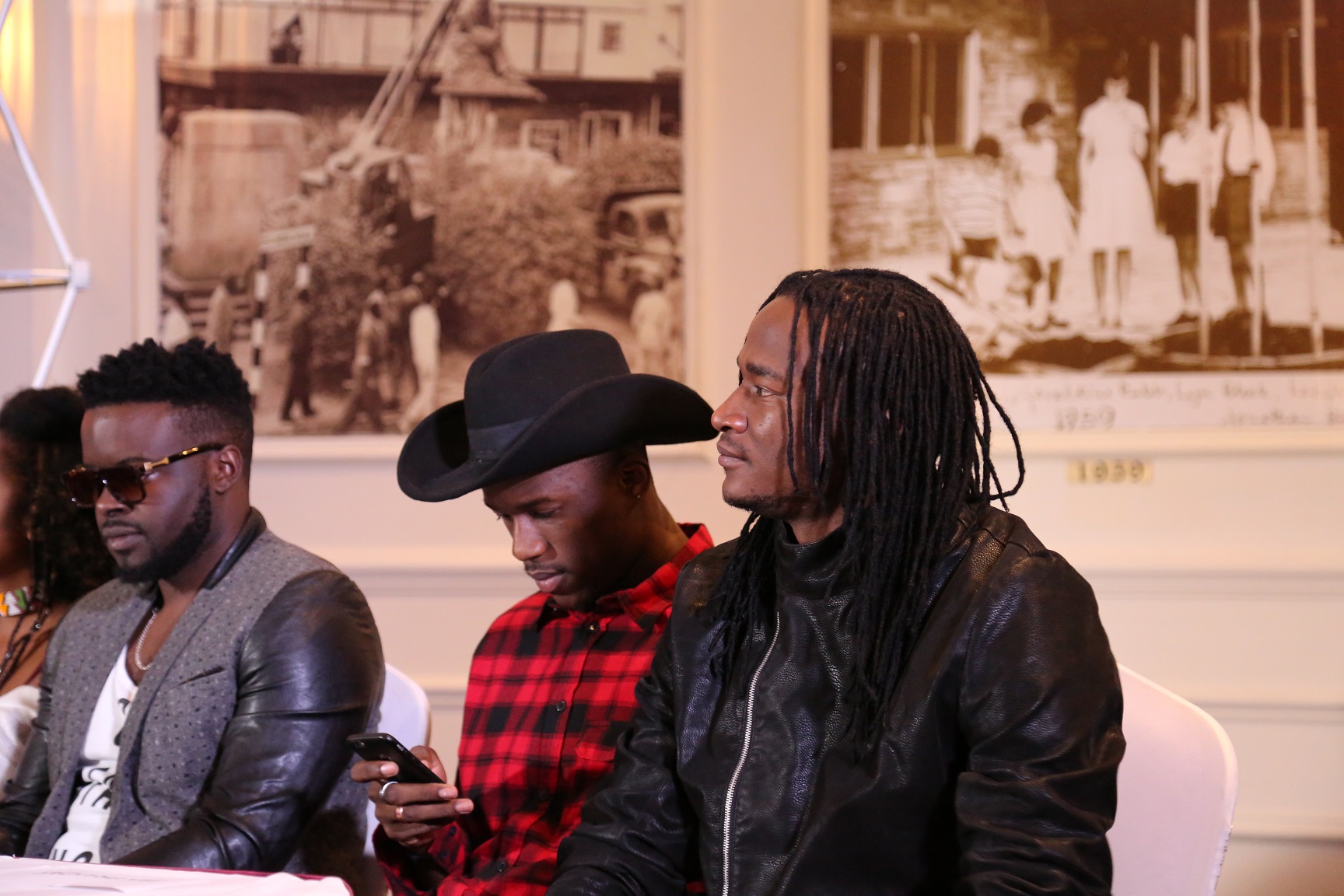 Jay Prayzah, Joey B and Locko