Articulate, firm and focused Ivanka Trump – a mother of three – whom her father regularly calls his “favourite”, has been given unparalleled levels of authority in the Trump family business.

On the other hand, Tiffany Trump – the second-youngest of Donald Trump’s five children – still remains something of a mystery to the U.S. and the world. What would be remembered is her dad’s recent description of his younger daughter as “the offspring he is proud of to a lesser extent.”

In an interview with Fox and Friends last week, Donald Trump said: “I’m very proud of my children. I mean, I’m just looking at them right now, as an example for your show. But I’m very proud, because Don and Eric and Ivanka and – you know, to a lesser extent because she just got out of school, out of college – but, uh, Tiffany, who has also been so terrific. They work so hard.”

It appears Tiffany will have to work harder to win her father’s approval.

But on to a broader perspective, who is Ivanka Trump and who is Tiffany Trump? What are they made of?

eDaily highlights key chronicles of the new first daughters of the U.S. (Courtesy of Cosmopolitan, The Week, People). 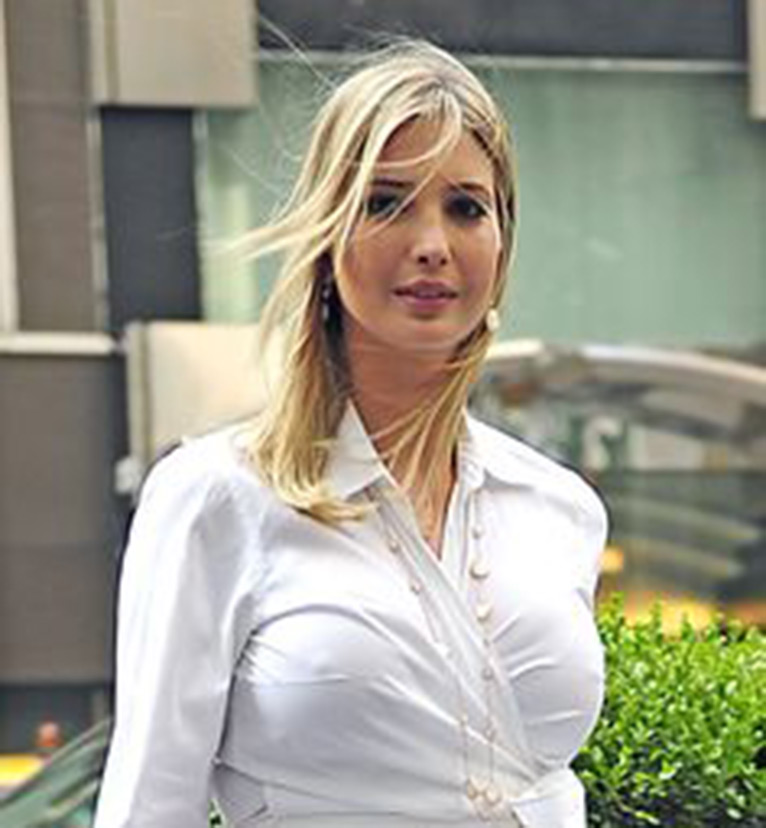 Grew up in the spotlight

Born in 1981, Ivanka Trump was raised in Manhattan, and her parents divorced when she was 10.

She told GQ that when she was 9 years old, photographers would go up to her outside her school and ask, “So is it true that Marla (Maples) said that your father was the best sex she’s ever had?”

At 15, she tried out a modeling career, and her parents wouldn’t approve of it.

Donald Trump told the New York Times in 1997: ”I am only modestly in favor of this because I understand that that life is a very fast life, and at that age it is always a risky proposition.”

Ivanka would quit modeling after high school and later refer to models as “the meanest, cattiest, bitchiest girls on the planet,” reported The Guardian.

Along with her brothers, Eric and Donald Jr., Ivanka serves as an executive vice president of development and acquisition for the Trump Organization.

According to the Trump website, some of her main tasks are expanding Trump Hotel brand internationally, determining the interior design of the hotels, and overseeing their international real estate brokerage.

However, she has her own lines of clothing, shoes, handbags, kids’ shoes, glasses, and jewelry, and her own lifestyle website.

She met her now-husband, Jared Kushner, in 2007 when a commercial real estate broker and another friend set them up on a business lunch.

“They very innocently set us up thinking that our only interest in one another would be transactional,” she told Vogue. “Whenever we see them we’re like, ‘(It’s) the best deal we ever made!'” Kushner is a real estate developer and the owner of the New York Observer.

The couple has three children: Arabella, 5, Joseph, 2, and Theodore, 4 months.

Ivanka was raised Presbyterian but converted to Judaism in 2009 to marry husband Jared Kushner.

She told Vogue last year that the family are kosher and observe the Sabbath, turning off their phones to enjoy time together. “We don’t do anything except play with each other, hang out with one another, go on walks together – pure family,” she said.

Ivanka describes herself as a “very modern”, but also “a very traditional person”, adding that her conversion was “a great life decision”. 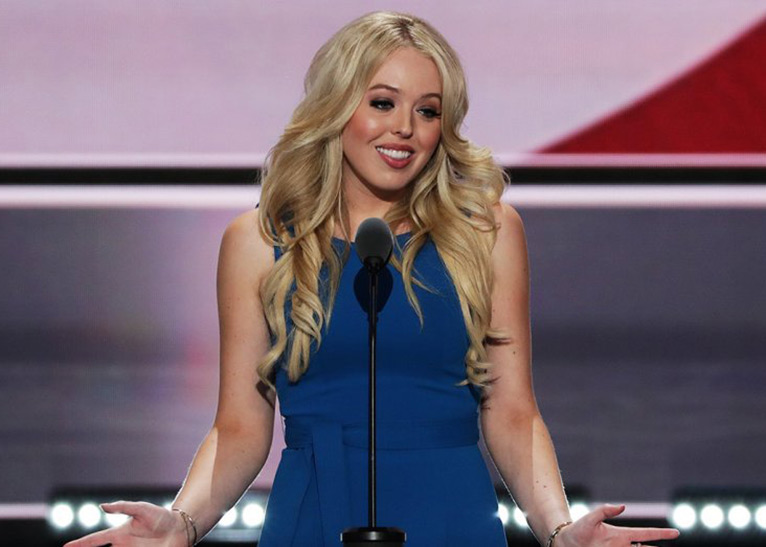 After years of living life out of the spotlight, Tiffany Trump has officially burst onto the national stage.

The 23-year-old daughter of Donald Trump and his ex-wife Marla Maples spoke proudly of her father during night two of the Republican National Convention, marking her biggest campaign moment to date.

Speaking to People in March, Tiffany opened up about life as one of the Donald Trump’s children.

A friend of the Kardashians

She went to high school in the Los Angeles-adjacent city – which is also home to another famous family. “(We knew the Kardashians) like a little a bit. My mom was friends with Kris, of course, and she’s amazing. We lived there before the show even started.”

Tiffany is the same age as the oldest Jenner sister, Kendall Jenner, and said that they went to school nearby each other. Of the girls, she said, “They were best friends with a friend of mine from my high school.”

And although dad was across the country, they met up for holidays and spring breaks. The distance, she said, didn’t strain their relationship. “He was always just the most funniest, loving father and just ‘Do good in school, Tiff.’ ”

Has had a music career

Her interests extend far beyond fashion and sociology. Tiffany released a catchy pop song called Like a Bird when she was just 17 years old, but the reviews weren’t kind.

Tiffany met Ross Mechanic, a 21-year-old software engineering student, at university and the pair have been together since last year.

Ross is a registered Democrat who expressed support for Trump’s rival Hillary Clinton on social media.

“While Ross perhaps does not align with his girlfriend and her father politically, he does appear to have a head for business,” the Daily Mail reports.