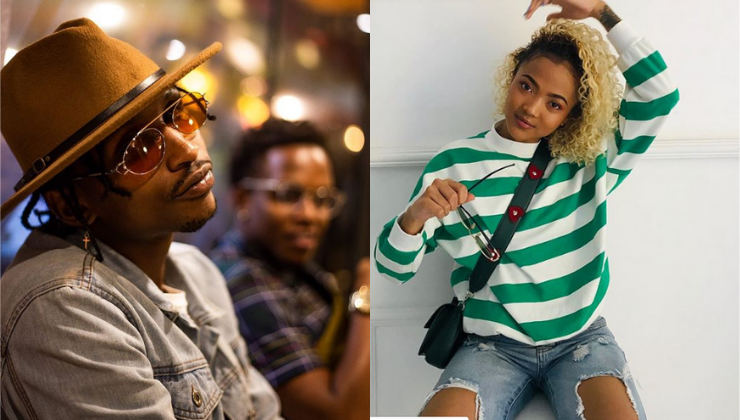 Rapper and radio presenter Barak Jacuzzi has come out to distance himself from a now viral video in which a woman is seen confronting a man – earlier presumed to be him – for allegedly impregnating her.

The woman who has since been identified as Kairetu, in the video, physically confronts and shouts down the man, accusing him of ignoring her despite allegedly impregnating her three times.

The man however remains seated for the most part of the video, unresponsive to the woman’s rants and near physical attacks.

However, speaking to EDAILY on Monday, Barak denied being the person in the video.

“It’s not me, that’s just someone that looks like me. He was smartly dressed though, if it were me I probably would’ve been in the same outfit,” he said.

Kairetu has however, in an Instagram story that has since been deleted, come out to address the nature of her relationship with the ‘Less strings’ rapper.

“Since it’s already out there, lemme just say… me and Barak have been together for a while (2 years on and off), even before we went public. The relationship however started to fail shortly after. A lot happens in a relationship in 2 years. I’m dramatic –I’m not proud of this, it’s something I have been struggling to change. Hence the current trend. But to let it be clear Barak has never laid a hand on me, we both have our short comings, I will not speak of those,” wrote Kairetu.