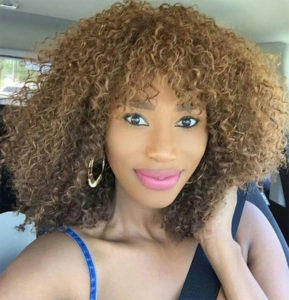 Mange took to Instagram Wednesday, July 20 to claim that Zulehah is not Zari Hassan’s younger sister as sections of society know PHOTO/COURTESY

Mange took to Instagram Wednesday, July 20 to claim that Zulehah is not Zari Hassan’s younger sister as sections of society know.

Mange says she learnt of the mother-daughter relationship from Zari Hassan’s close relatives.

The blogger says she has evidence that Zari duped Diamond Platnumz into believing that when he met her, she had three sons – and not four children.

Mange further notes Zari has been lying to the whole world about the number of children that she has given birth to.

“This is not Zari’s little sister. Zuleha is her daughter. She is her first born child. Zulehah is sure her biological daughter. And Zulehah has a child; that means Zari is a grandmother. Kill me now, someone kill me now,” wrote Mange on social media.

Zari Hassan is yet to respond to Mange’s claims. However, Zulehah has swiftly and wittily hit back at the blogger by sharing two pictures that show her whole family back in the day when they were younger.

“Who’s yo mama?” Zulehah captioned the images that show a teenage Zari and her younger siblings, including Zulehah, posing for a photo.

Ugandan tabloids have in the past published unsubstantiated reports that Zari Hassan has a fully-grown daughter.

Mange has been on Zari’s neck since the day the wealthy Ugandan socialite ridiculed her for having been dumped by a man.

Zari Hassan’s widely known children are four: three teenage sons she got with her ex-husband Ivan Ssemwanga and an 11-month-old daughter whom she got with Diamond Platnumz.

Zari Hassan, 35, has openly stated that the four are the only children she has ever had.

Word on the street is that Zari Hassan is expectant with her fifth child. Her hecklers won’t let her breathe; telling her she conceived too soon as her fourth born, Latiffah Dangote, is yet to turn one.

In a spirited rejoinder, Zari told off haters saying: “And the rest stop comparing me with [expletive] that have never been to labor. 1 kid into labor and they’ll look like smashed watermelons. Stop! At 35 with four kids, I am way too hot for your comparisons. I beg o. If the shoe fits, lace that up. Remember to panic at your own risk,” she posted on Snapchat in early July.