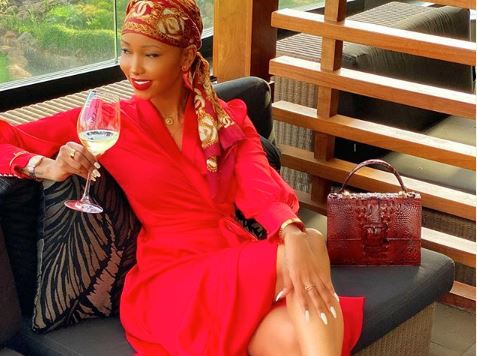 Controversial Kenyan socialite Huddah Monroe on Tuesday stirred the Twitter nest after remarks she made on her Instagram stories went viral.

According to the socialite-turned-businesswoman, it is not okay to refer to “skinny” girls as so and yet address “fat” girls as “thick”.

All hell broke loose when the Huddah Cosmetics Founder and CEO went on the social media platform and posted this: 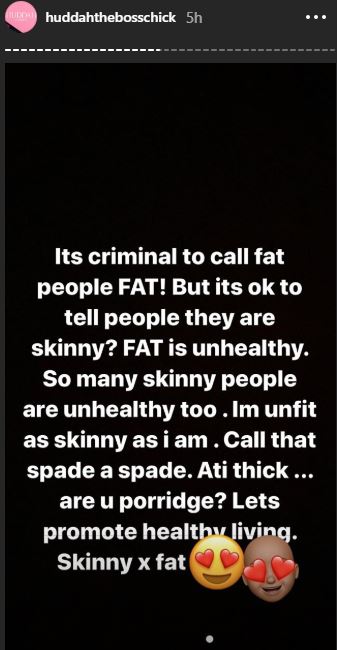 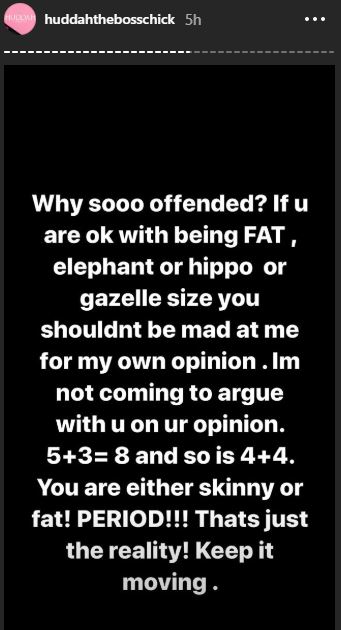 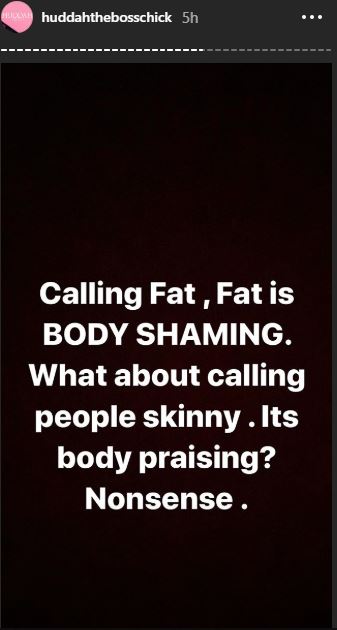 The remarks were presumably in response to an an American singer who had described herself as thick.

But Huddah was having none of it, going on a long rant calling people out for what she termed as double standards.

Her reasoning? “You are either skinny or fat! Period! That’s just the reality! Keep it moving,” she said.

What however sparked intense fumes and rubbed Kenyans On Twitter (KOT) the wrong way were remarks in which she insinuated that being plus size ultimately means one is on a poor diet, further going ahead to call them elephants.

The remarks shot Huddah to the top of the Twitter trend, with a section of KOT criticisng her and yet another faction lining up to her defense.

I need to ask huddah this. Is there a difference between a skinny prostitute and a fat prostitute?? #bodyshaming is a perception….

I hate to say this, Huddah is right. Fat people are gross and we are afraid to say this because they easily get hurt unlike slim people.

Huddah just spoke her mind. She knows very well eating alot of calories like a pig and not exercising will make you fat. Why do people make jokes all the time about slim thin people but when it comes to fat people it graduates to body shaming??

People are mad because huddah is right😹😹😹😹

No one really holds the standards of weight..neither fat or skinny is
perfect..Huddah
eat your daily expected calories and atleast exercise..

Huddah is so right… it’s easy for someone come tell straight to my face how skinny I am… and all my fat friends laugh while you can’t tell them they are fat… body shaming isn’t good though. Kuna mtu ashaniambia nikunywe mafuta 😆