Seveline Kinya – the Kenyan girl who edited herself into photos of tourist attraction sites in China – arrived in Beijing, China Tuesday, and the reception she was treated to was nothing short of impressive.

Seveline took to Facebook – the same platform she had used in March to showcase her “fake” China trip – to inform her compatriots and the rest of the world about her dream-come-true.

And when she touched down at the Beijing Capital International Airport, she posted on Facebook: “Arrived in China. Grateful for the team that received me here.”

Seveline received a bouquet from her Chinese hosts on arrival in Beijing. There was even a room with a roll-up banner on display written: “Seveline Kinya, Welcome to China.”

Businessman Sam Gichuru, who saw Seveline off at the Jomo Kenyatta International Airport, said Ms Kinya would have a limousine waiting for her upon arrival in Beijing.

“It was her first time to the Jomo Kenyatta International Airport and also her first time on a plane… I got the chance to chauffer-drive her to her “PhotoShopped Dream Come True trip” on her way to China. Seve Kinya is an amazing soul and very open minded,” said Mr Gichuru.

Seveline became a global internet sensation after she inserted herself into snaps standing next to a plane, on the Great Wall of China and at a temple.

The Photoshopped images were so poorly done that every online user who saw them couldn’t help but like and share – severally.

Nairobi businessman Sam Gichuru would later come to her rescue and raised enough money for Seveline to go on holiday.

Sam “harassed” his friends into donating cash for travel, four-star accommodation, insurance and some pocket money.

Seveline also got her first birth certificate, applied for a passport and got an internship as a project manager. 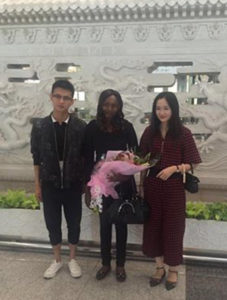 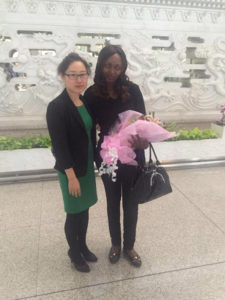 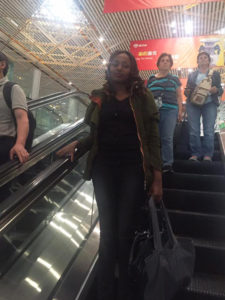 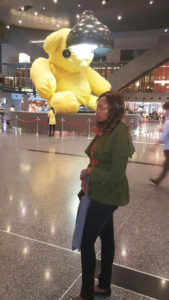 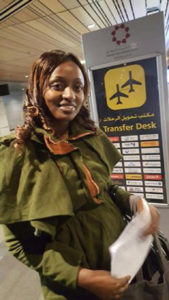